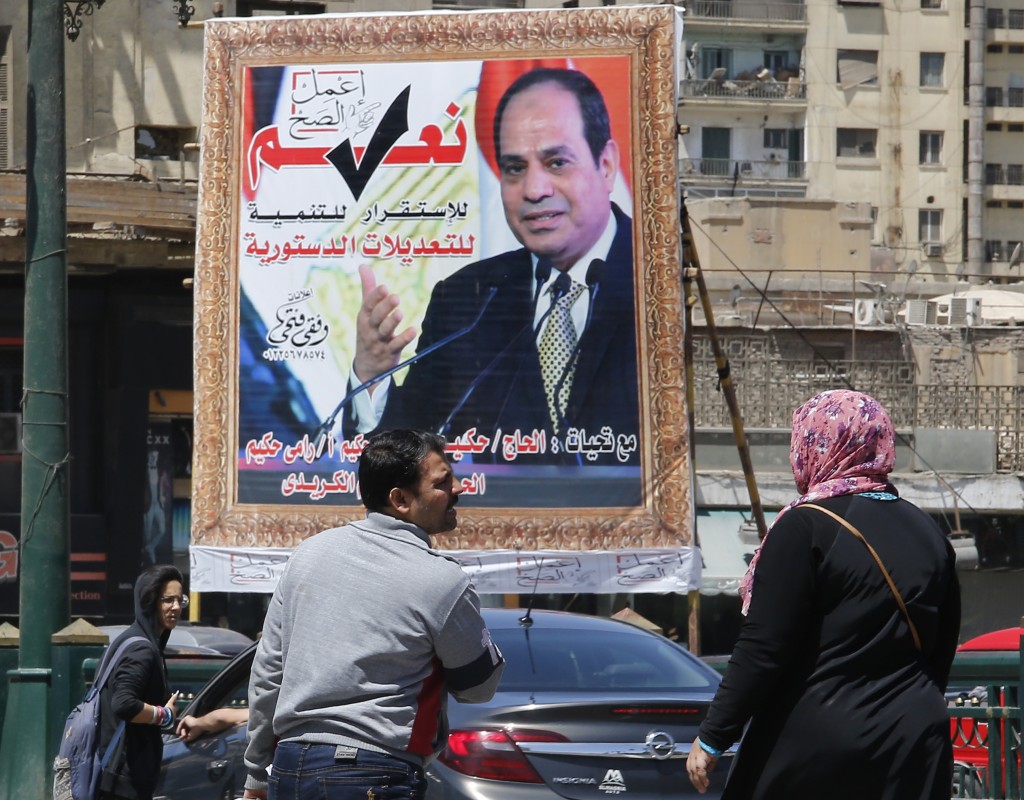 CAIRO (AP) — Here are key events in eight years of turmoil and transition in Egypt, leading up to a national referendum on constitutional amendments that could allow President Abdel-Fattah el-Sissi to remain in power until 2030.

Feb. 11, 2011: Autocrat Hosni Mubarak steps down after 18 days of nationwide protests against his nearly 30-year rule. The military takes over, dissolving parliament and suspending the constitution after the uprising leaves hundreds of protesters dead in clashes with security forces.

Nov. 28, 2011-Feb. 15, 2012: The Muslim Brotherhood wins nearly half the seats in multi-stage elections for the first post-Mubarak parliament.

Nov. 22, 2012: Morsi unilaterally decrees greater powers for himself, a move that sparks days of protests.

Dec. 15-22, 2012: Egyptians approve a constitution drafted and hastily passed by Islamists amid protests and walkouts by other groups.

June 30, 2013: On Morsi's anniversary in office, millions of Egyptians begin days of demonstrations demanding his resignation. The military gives him 48 hours to reach an agreement with his opponents, but he vows to remain in office.

Dec. 25, 2013: The government designates the Muslim Brotherhood a terrorist organization.

February 2019: Lawmakers submit proposed amendments to the constitution that allow el-Sissi to remain in power beyond his current second four-year term.