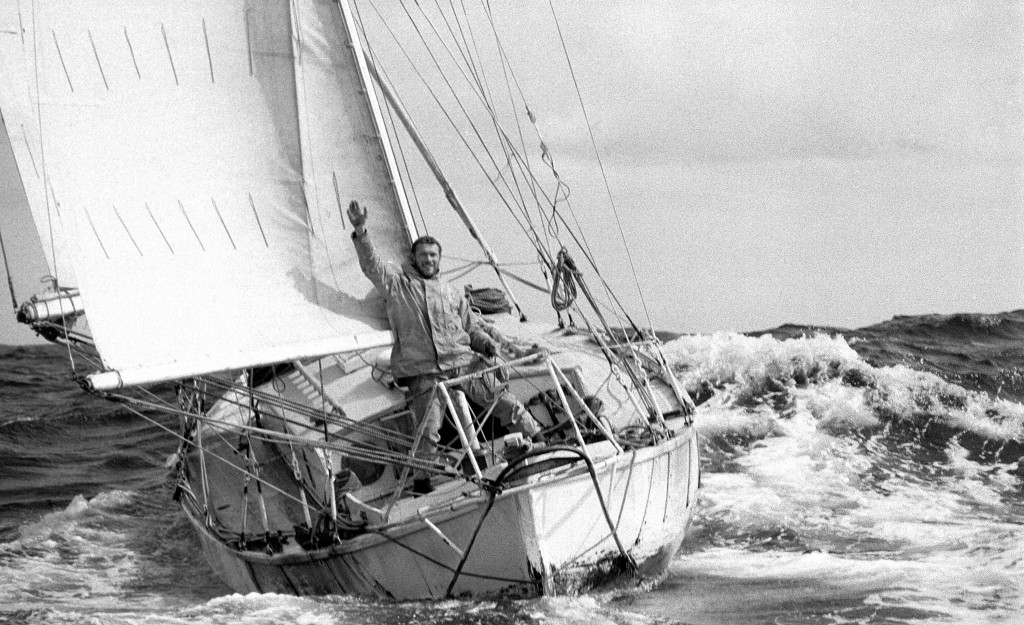 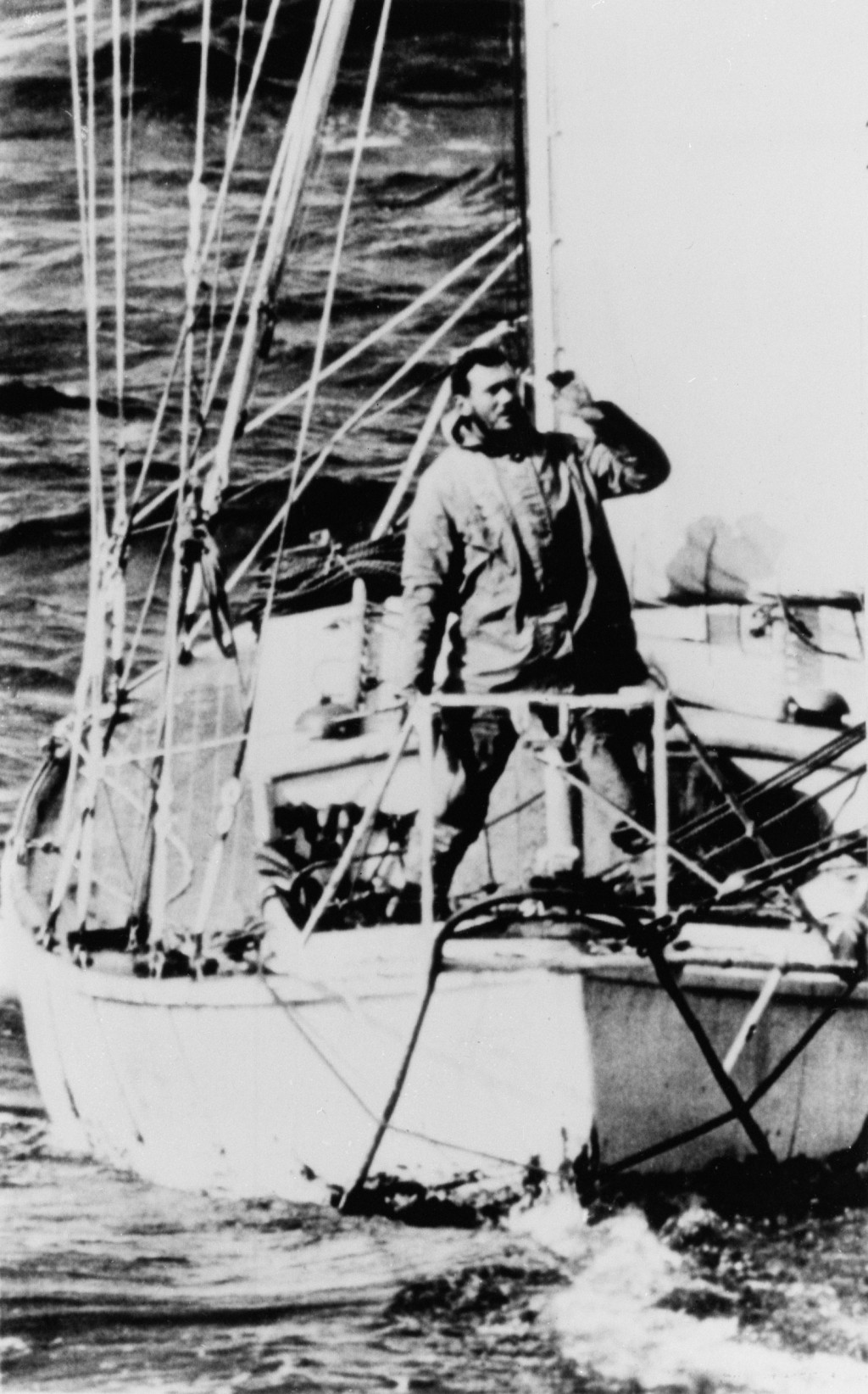 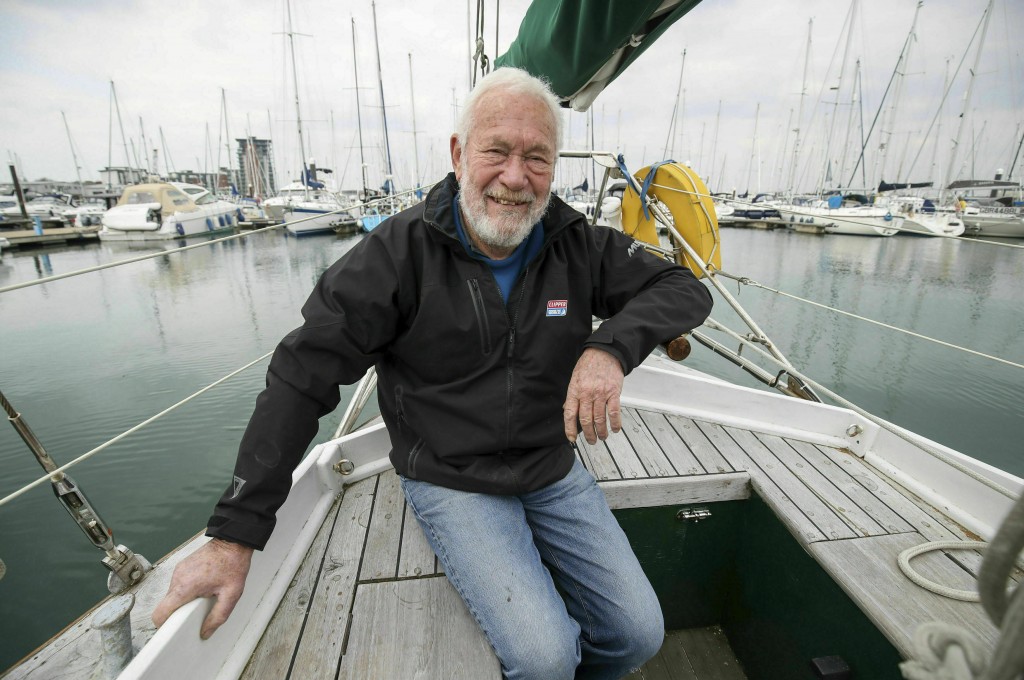 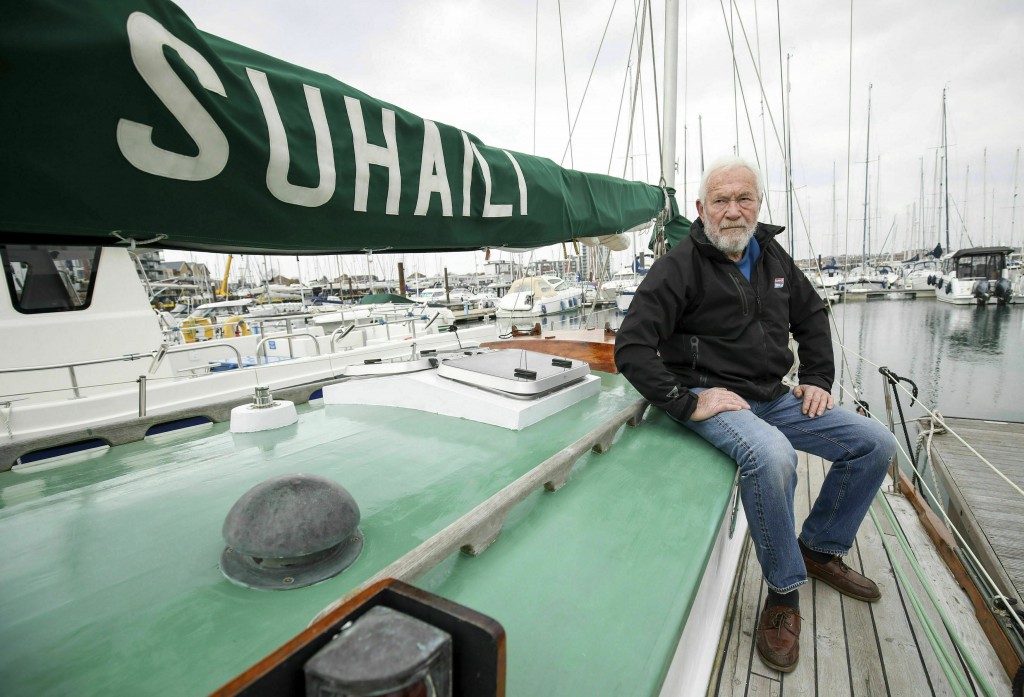 SAN DIEGO (AP) — In the spring of 1969, three months before the moon landing, Sir Robin Knox-Johnston of Britain achieved the nautical equivalent of climbing Mount Everest when he became the first man to sail alone around the world nonstop.

With GPS still in the future, the merchant seaman made his way around the globe the old-fashioned way, with a sextant. There were several times when his voyage could have ended in disaster. Yet 312 days after he left Falmouth aboard his 32-foot Bermudian ketch, Suhaili, and having spent Christmas and his 30th birthday at sea, he sailed back into the southwestern English port to a hero's welcome as the winner of the Golden Globe Trophy sponsored by the Sunday Times.

The feat will be commemorated in Falmouth on Monday, the 50th anniversary of the finish.

"I reckon I can celebrate the 50th anniversary but can't guarantee I'll be around for 100th," Knox-Johnston, 80, said in a phone interview. "There will be a heck of a crowd of friends and people turning up. ... The navy said if it's not doing something else, they'll give me a warship. I doubt it will be an aircraft carrier. We've only got one and it's in dry dock."

Knox-Johnston was considered an underdog because he had no sponsorship and little money. Yet he was well-prepared due to a four-year apprenticeship with the merchant navy — which he called "brilliant training for this thing" — and having spent 77 days sailing Suhaili from India to Britain after it was built.

He was the only one of nine entrants to finish the race after surviving some potentially devastating moments, as well as having his radio break and his water supply fouled.

A knockdown in the Roaring Forties about 400 miles south of the Cape of Good Hope damaged the self-steering. Then he got into such big seas that he likened it to an anvil slamming into the hull. He had spent his last money on a coil of two-inch rope, which he put out from the stern to help control the boat.

After his water supply was fouled, he said he had five gallons of fresh water left and 100 cans of beer.

"There's my liquid," Knox-Johnston said. "I reckoned with that I can probably get to Australia. I was just south of the Cape of Good Hope, so, well, why not carry on? I'll see if I can catch rain in the sails, which is what I did from then on. It went very well."

Halfway between New Zealand and Cape Horn, he was on the deck when a huge wave came from astern and broke over the boat. Realizing he'd be washed overboard if he stayed on deck, he went up the rigging and watched the boat disappear under the wave. The wave had opened the hatch and filled the boat with what he estimated as three tons of water.

"The best bailer is a frightened man with a bucket," he said.

Out of contact with civilization for four months, he sailed near the Melbourne pilot vessel and asked if he could toss over some mail and photographs. He said he was met with a rude response.

When he told them he was then heading across the Tasman Sea to New Zealand, the response was: "You be careful, mate. The Tasman's bloody dangerous," Knox-Johnston recalled. "He wasn't the least bit impressed with the fact I'd sailed 147 days from England."

He got appendicitis as he was crossing the equator heading home, in the middle of the Atlantic. "I looked it up in the ship captain's medical guide, and it said I was either pregnant or had appendicitis, so I came to the conclusion I had appendicitis."

Doubled over in pain, he said he altered his diet as best he could. "Eighteen months later, I was rushed to the hospital and the surgeon said, 'Have you had pains before?' I said, 'Why?' and he said, 'Because it had lesions on it.' It had burst and repaired itself. Every day has been a bonus ever since."

He said the proper attitude was key to survival.

"Of course things go wrong. If this was easy, someone else out would do it, so stop whingeing and carry on," he said, using a British term for whining.

Knox-Johnston made another solo circumnavigation 12 years ago because "these youngsters told me I was too old. I didn't agree. I was only 68. I was still young." He completed the trip in the Velux 5 Oceans race in the 60-foot Grey Power in 130 days.

He also completed two circumnavigations with crew, including in 1994 when he and the late Sir Peter Blake of New Zealand led a crew aboard a 92-foot catamaran to win the Jules Verne Trophy with a time of 74 days, 22 hours, 17 minutes and 22 seconds.

Knox-Johnston was knighted the following year.

In 1996 he founded the Clipper Race, in which professional skippers lead amateur crews.

"The first thing people don't appreciate is the sea is never the same," he said. "You look at it one second, and the next second it has changed. You never know what will pop up — a dolphin, a whale, a bird. When the boat is sailing along and you're comfortable, feeling good and you're going fast, come on, I want everyone to have this experience. I want everyone to try it."