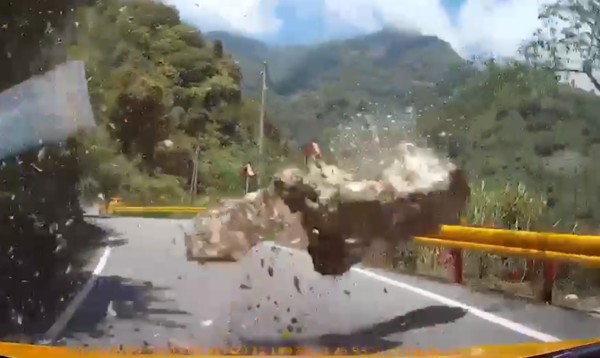 In the video, a couple is casually driving on a sunny day through the Luoshao Road Section of Provincial Highway 8 in Taroko National Park. When the car reaches approximately the 153 to 161-kilometer mark, the driver feels the road start to shake, and in a twist of fate, he decides to pull over briefly, possibly buying precious seconds that saved his life.

As the motorist starts to resume driving, a tremendous boulder suddenly lands directly in front of his car before continuing to barrel down the mountainside. A loud crashing sound can be heard and the car shudders as the boulder disappears from sight possibly delivering a glancing blow to the vehicle.

Unphased by the near-death experience, the driver plows forward only to see two more boulders land precariously to the left of the vehicle. The driver only comes to a stop when a motorist ahead of him comes to screeching halt.

The driver honks and shouts at the motorist in front of him to keep driving, but the man steps out of his vehicle to clear a large rock which is blocking his car. It is only at this moment that the driver realizes that his car has been damaged by one of the boulders, and the video cuts off.

Many similar dashcam videos of damage allegedly caused by the quake have started to surface. Chang Yu-po (張宇博), director of the Taroko Section of the Fourth Maintenance Office told China Times that the location of the rockfall was at the 158-kilometer mark of Provincial Highway 8, but it was impossible to determine if it was indeed shot on the day and time of the magnitude 6.1 earthquake.

Chang did confirm that the temblor had caused many rockslides on the roads in the Tarako area which had blocked traffic on Thursday. Chang said that all of Provincial Highway 8 was closed on Thursday (April 18) night and would not be opened until 8 a.m. on April 19, if officials deemed it safe for traffic.

Two hikers were hit by falling rocks in Taroko Gorge when the quake struck. A woman sustained minor head injuries, while a Malaysian man surnamed Chu (朱) suffered a broken leg, a contusion to the back of his head, and lost vital signs when he arrived at the hospital.

Fortunately, doctors were able to resuscitate the man and they are using computerized tomography to examine the extent of his injuries. 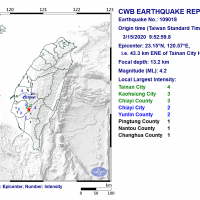 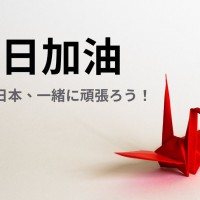 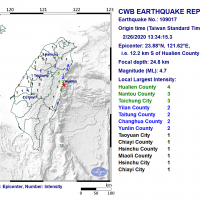