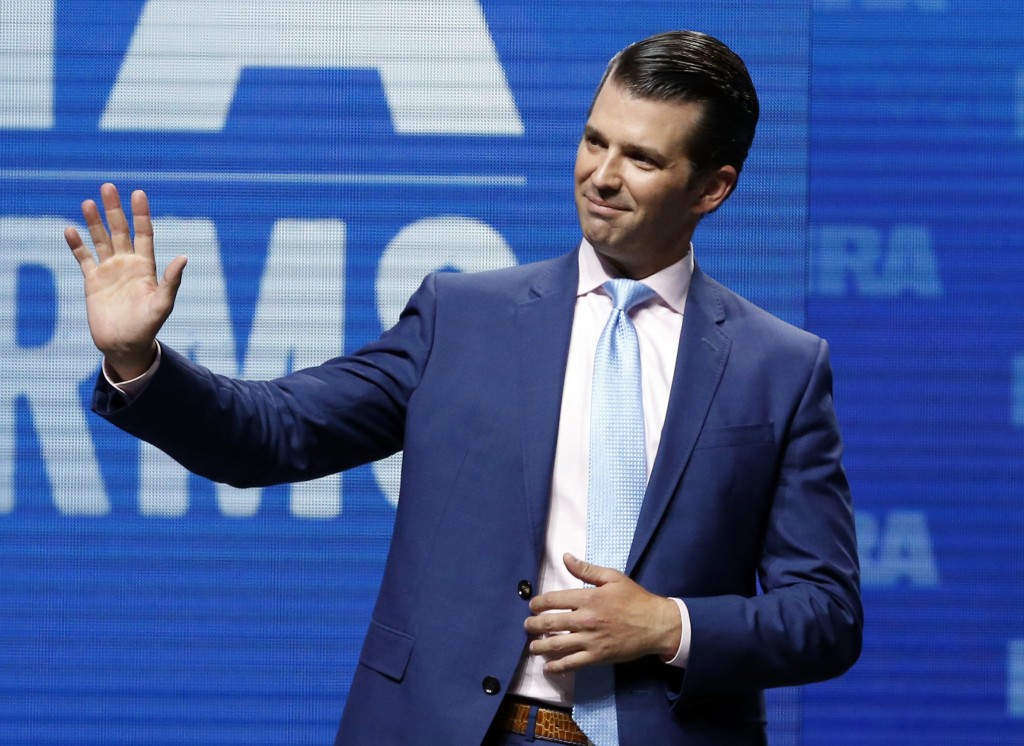 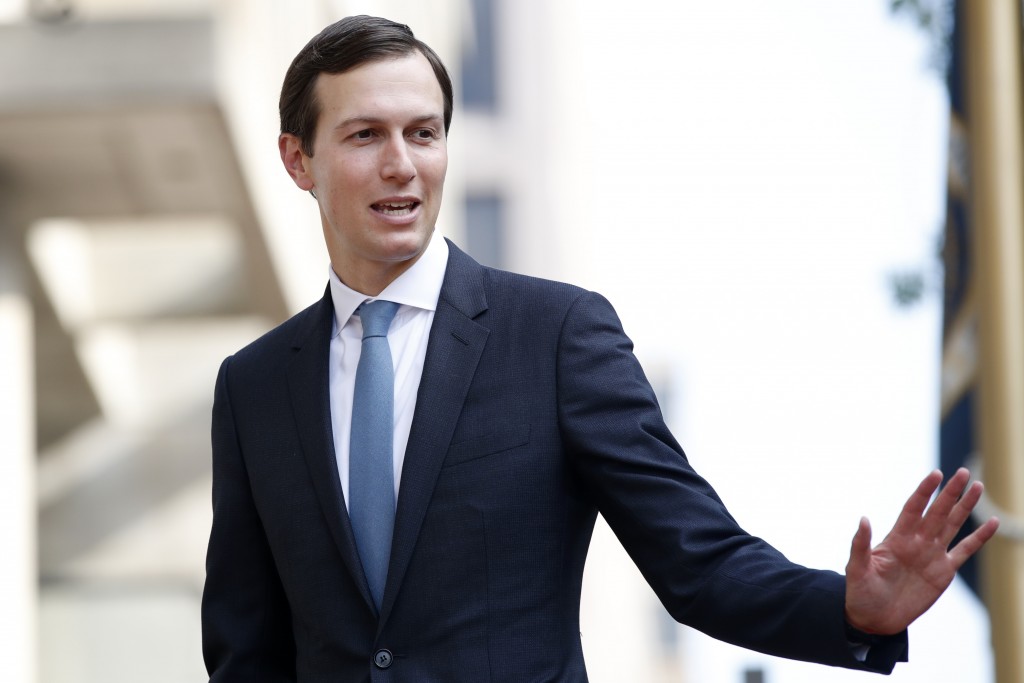 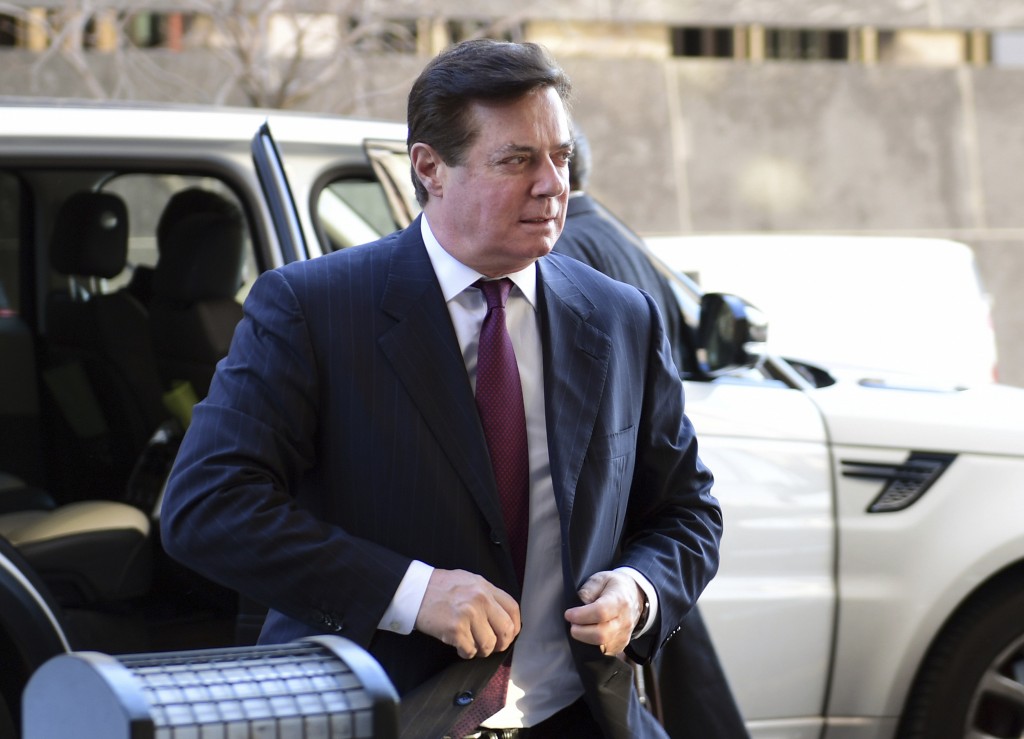 WASHINGTON (AP) — In a sweeping two-year investigation, special counsel Robert Mueller identified numerous contacts between President Donald Trump's campaign officials and Russians. But the evidence that his team uncovered during the Russia probe that shadowed Trump's presidency didn't rise to the level of a chargeable crime, he said.

At a Thursday morning news conference, Attorney General William Barr took great pains to repeat the president's rallying cry that there was "no collusion." But a redacted version of the special counsel's report that was released publicly later Thursday provides detailed and nuanced examples of the encounters.

Here's a look at what the Mueller report did and didn't find with respect to collusion:

A main focus for Mueller was a June 2016 meeting at Trump Tower between a Russian lawyer and members of the Trump campaign — including the president's son, Donald Trump Jr., his son-in-law Jared Kushner and then-campaign chairman Paul Manafort. Emails leading up to the meeting promised dirt on Hillary Clinton.

The report details other contacts as well, including meetings between the campaign and the Russian ambassador and dealings between Kushner and a Washington-based think tank with strong Russian ties. And immediately after the November 2016 election, the report says, Russian government officials and prominent Russian businessmen began to make inroads into the new administration, and "the most senior levels of the Russian government encouraged these efforts."

The report did not find criminality in those contacts, however. In the Trump Tower meeting, for example, the report notes that to charge Trump Jr. and Kushner, who were campaign novices, prosecutors would have to show that they had general knowledge that their conduct was unlawful. The investigation "has not developed evidence that the participants in the meeting were familiar" with a ban on foreign contributions, which the information on Clinton could be considered.

Former Trump campaign chairman Paul Manafort was convicted in Washington and Virginia of crimes related to years of Ukrainian political consulting work as part of Mueller's investigation. But the report says that the investigation could not establish that he coordinated with the Russian government on its election interference efforts.

The report does detail that he shared Trump campaign polling data with Konstantin Kilimnik, a business associate the U.S. says has ties to Russian intelligence, and that the two men met secretly during the campaign to discuss a peace plan that "Manafort acknowledged to the special counsel's office was a 'backdoor' way for Russia to control part of eastern Ukraine."

The report said that both Manafort and Kilimnik "believed the plan would require candidate Trump's assent to succeed," if he were elected.

Still, prosecutors "did not identity evidence of a connection between Manafort's sharing polling data and Russia's interference in the election," the report says.

Mueller determined interactions between Russian Ambassador Sergey Kislyak and Trump campaign officials — including former Attorney General Jeff Sessions — in April 2016 and at the 2016 GOP convention were "brief, public, and non-substantive."

Prosecutors found no evidence that Kislyak conversed with Trump or Sessions, then an Alabama senator, after a speech at the Mayflower Hotel in Washington or that he would have had an opportunity to do so.

At a meeting in Sessions' office in September 2016, Sessions "recalled Kislyak saying that the Russian government was receptive to the overtures Trump had laid out during his campaign," but none of the attendees remember discussions of election interference or a request that Sessions convey information to Trump. Kislyak invited Sessions to further discuss Russia relations over a meal at his residence, but his aide advised against it, saying she had assessed Kislyak was an "old school KGB guy."

Trump campaign officials met with Kislyak during the week of the Republican National Convention but those interactions were "brief and non-substantive."

During meetings before the convention, a senior campaign policy advisor diluted a proposal that would've amended the Republican Party platform about providing U.S. arms to Ukraine.

Mueller's report said the investigation "did not establish" that the efforts to dilute the platform came "at the behest of candidate Trump or Russia."

Mueller's report provides an in-depth look at exchanges between Donald Trump Jr. and WikiLeaks during the campaign.

In one encounter, WikiLeaks sent Trump Jr. a message on Twitter about an anti-Trump website that was about to launch and gave him the password. Several hours later, the eldest Trump son emailed campaign staffers about the message, saying he tried the password and it worked.

In others, the anti-secrecy group asked for help promoting their links and told Trump Jr. they had just released another batch of emails stolen from former Clinton campaign chairman John Podesta.

Some parts of Mueller's 448-page report that reference WikiLeaks were blacked out in order to protect ongoing criminal investigations.

Attorney General William Barr said Thursday that any coordination between the Trump campaign and WikiLeaks wouldn't amount to a crime because WikiLeaks' publications of stolen emails damaging to Hillary Clinton's campaign wasn't illegal as long as the group didn't work with the Russian hackers who stole the data.

ERIK PRINCE AND THE SEYCHELLES

Questions have long surrounded a mysterious meeting between Blackwater USA founder Eric Prince — the brother of Education Secretary Betsy DeVos — and a Russian official in the Seychelles, islands off the coast of east Africa. The report flags discrepancies between what Prince and Trump strategist Steve Bannon said about the meeting.

Prince met with Kirill Dmitriev, who headed a Russian sovereign wealth fund, in January 2017, as Trump was preparing to take office and the Russian government was seeking contacts with the incoming administration. Dmitriev reported directly to Russian President Vladimir Putin, according to the report.

In interviews, Prince told investigators that he had briefed Bannon on the meeting, but Bannon denied they ever discussed it. Bannon said he would have remembered such a discussion and objected to the meeting.

The report says that investigators could not iron out the "conflicting accounts" by reviewing communications, in part because text messages between them were missing. Phone provider records showed that Bannon and Prince had exchanged dozens of messages, including two that Prince sent within hours of the meetings with Dmitriev, but the investigators could not find the messages on their phones.

Prince denied deleting messages and Bannon said he did not know why the messages were missing.