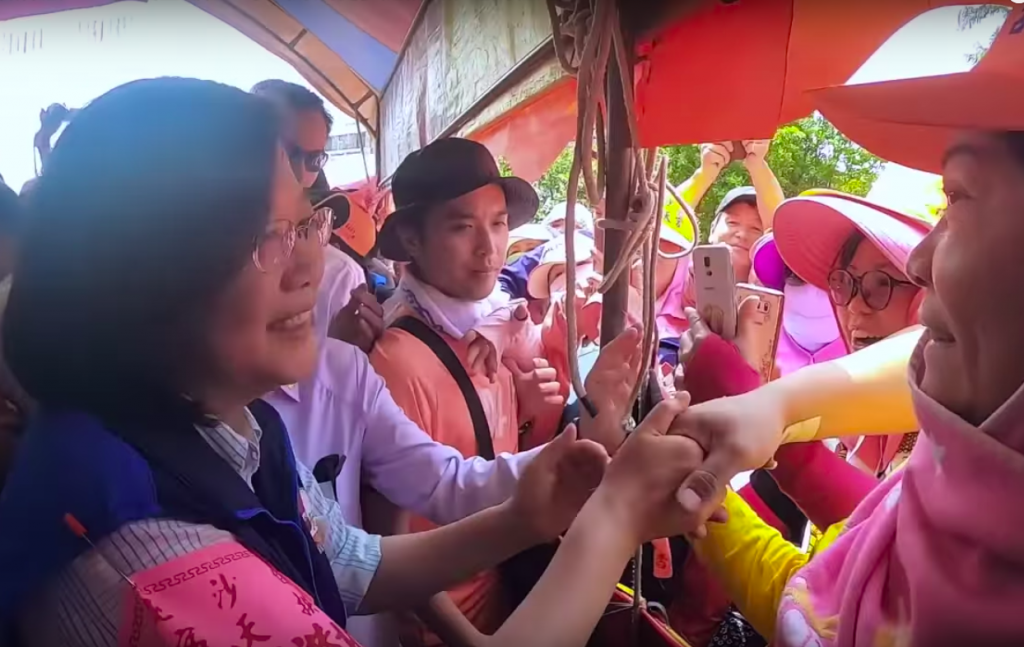 TAIPEI (Taiwan News) — President Tsai Ing-wen in a message on her Facebook page posted on Wednesday (April 17) reminded citizens that “if we stick together, we have power.”

The message accompanied a video highlighting Tsai’s participation in this year’s Mazu pilgrimage procession. The president can be seen handing out water, and greeting and posing for photographs with fellow worshippers.

The president wrote that food and water were donated to worshippers by onlookers with wholehearted sincerity.

“The earnest belief and warmth of the Taiwanese people is helping everyone unite in companionship,” she wrote, “and is making our country become a better place.”

Tsai wrote that aside from thanking the goddess Mazu for her blessings, the most important thing is for Taiwanese to support each other. “If we stick together, we have power,” she added.

The annual event celebrates a Taoist folk tradition that dates back to the 19th century. Each year, thousands follow the goddess Mazu statue, carried on a palanquin along an undetermined route, and kneel before her to receive blessings.