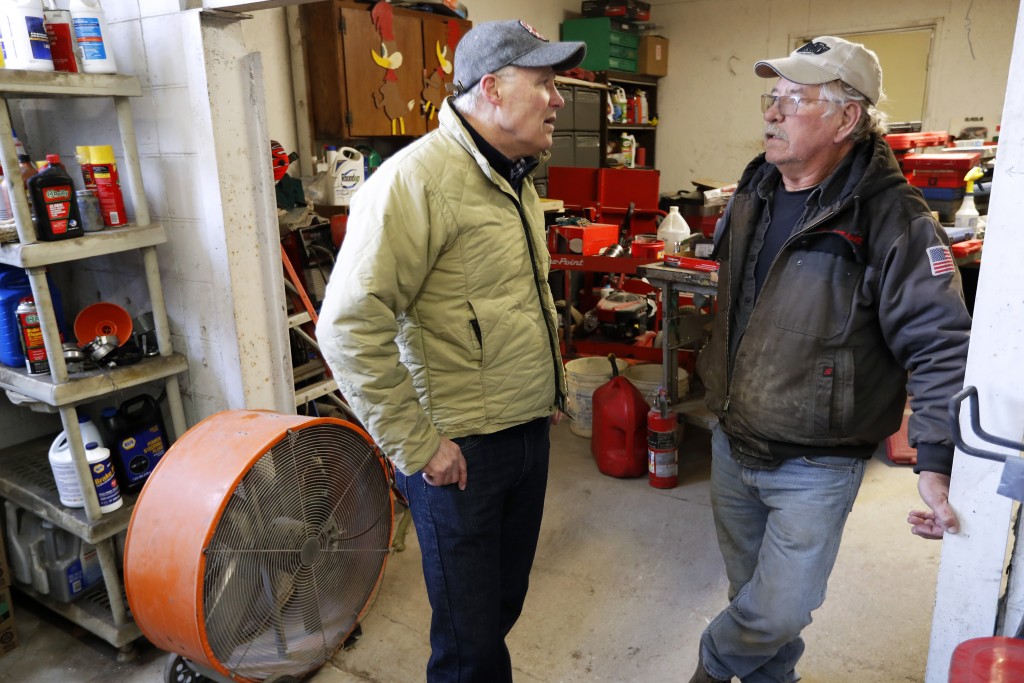 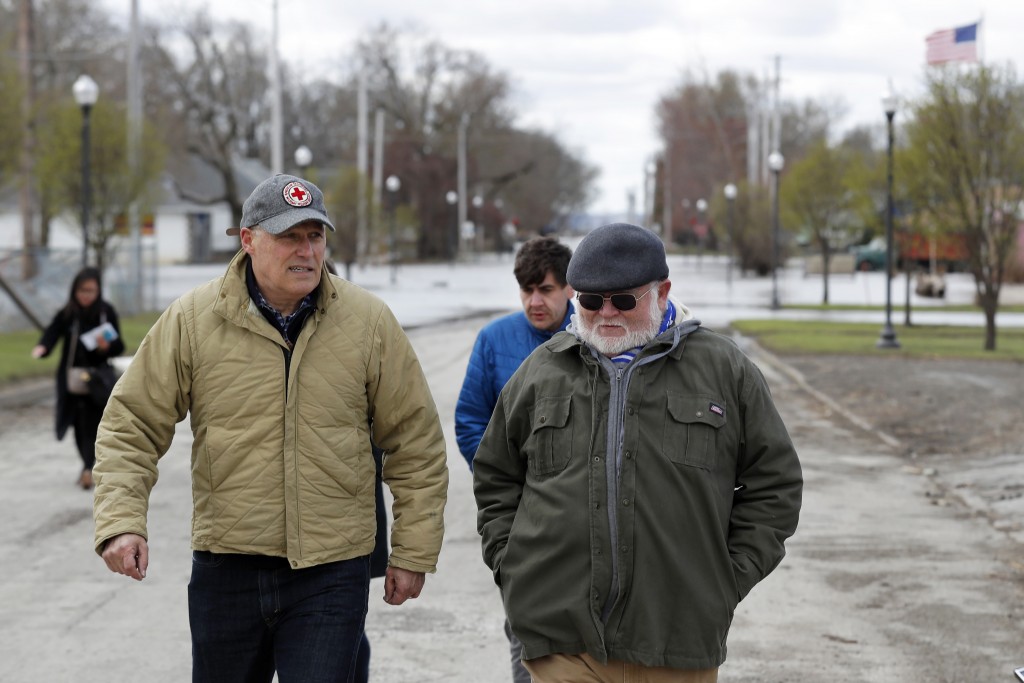 TRAVELERS REST, S.C. (AP) — Sit down in New Hampshire for a leading liberal podcast. Tour flood damage in Iowa. Feed some sheep, shoot some hoops, drink local beer in South Carolina. And along the way, hammer home a pledge to combat climate change and "make Donald Trump a blip in history."

That's the deliberate, sometimes understated approach for Washington Gov. Jay Inslee as the 2020 Democratic presidential hopeful navigates the shadows of rivals who have bigger crowds, better name identification and heftier campaign accounts. But the 68-year-old Inslee, who boasts decades of electoral success, doesn't apologize for his methodical plan with climate action as his calling card. He insists it's both an existential necessity for the nation and a political necessity for him.

"We have the right strategy, which is to identify a unique mission statement first," Inslee told The Associated Press at the conclusion of his recent three-state campaign swing, his first extended trip since his March 1 campaign launch. "We wanted to do that and get that flag firmly planted. We're still planting it."

The political calculus is simple enough. Despite more than a decade in Congress and six years in the governor's mansion, Inslee remains a little-known politician from the Pacific Northwest, away from the media glare and donor base of the East Coast. So he needs something more to get attention alongside the likes of Vermont Sen. Bernie Sanders, an icon of the progressive movement; Kamala Harris, a California senator with 40 million constituents; or even another underdog like Pete Buttigieg, the 37-year-old mayor of South Bend, Indiana, who's become a sensation in the early months of the campaign.

His policy niche has landed him regular national media appearances, most recently on a New Hampshire taping of Pod Save America, a top podcast on the left. The question is whether it can translate into votes.

"His focus on climate change is important, so I'd like to see him stay in the race for a while," said Cross Ganaway, a 46-year-old in technology sales, explaining why he came to a Greenville County, South Carolina, meet-and-greet to see Inslee.

Yet Ganaway's list of 2020 favorites — Sanders, Harris and Massachusetts Sen. Elizabeth Warren — underscores why Inslee needs the second step of his strategy: Explain to voters who have noticed his climate pitch that he's not a one-trick pony but an experienced official with a record of liberal accomplishments and votes.

Inslee's recent itinerary tested his campaign two-step. He mixed climate-focused events (touring a flooded Iowa town, visiting redeveloped brownfields and a solar farm in South Carolina) with the retail politics voters see from any would-be presidential candidate (Q&A sessions in a church assembly hall, a small-town barn and a brewery). And his stump speech for those events is replete with brag points that go beyond climate and environmental policy.

"The best paid family and medical leave law in the country ... the highest state minimum wage," Inslee told several dozen eager Democrats at a South Carolina church. Washington state is "the best place to do business," according to one business publication, he said. "The best state to work," according to another labor analysis.

When asked about health care, Inslee noted he's pushing for "the first state-based public option" insurance plan to compete alongside private insurance. At the brewery, Ganaway asked him about foreign policy, so Inslee used his answer in part to tout his 2003 congressional vote against the Iraq invasion. "I was right," he said.

Inslee deflected a question about his opponents, opting for humor instead: "They're all talented, and they'll all make great vice presidents."

Yet amid the laughter and applause common to early presidential dalliances, there also are signs of the struggles that have quashed many Oval Office ambitions.

Janice Ryan-Bohan, a scientist and entrepreneur specializing in alternative energy, drove several hours from Charleston, South Carolina, to hear Inslee in Greenville. She praised his message and climate expertise, and after an open Q&A, she spent several minutes with Inslee's deputy campaign manager, Ben Unger, advising him on how to reach more voters in South Carolina.

"I'll hook you up with all the greens in the Lowcountry," Ryan-Bohan told him, referring to her fellow activists along the coast. Yet once Inslee and his aides left South Carolina, they left no one behind who can follow up in person.

"There's time to do what you might call the more traditional work," Inslee told the AP, adding that "we're just starting" to make staff hires in the early voting states.

The same challenge arose in New Hampshire, as well, where Inslee was open about needing more contributors to reach the 65,000-donor mark that is part of the Democratic National Committee's qualifications for two summer debates. "Even a dollar" will help, Inslee says, directing voters to his campaign website JayInslee.com.

In Hollis, New Hampshire, 70-year-old Joanne Emus was ready to donate onsite, but she couldn't find anyone to help.

"He said he needs money," she said, "but I don't see any envelopes."