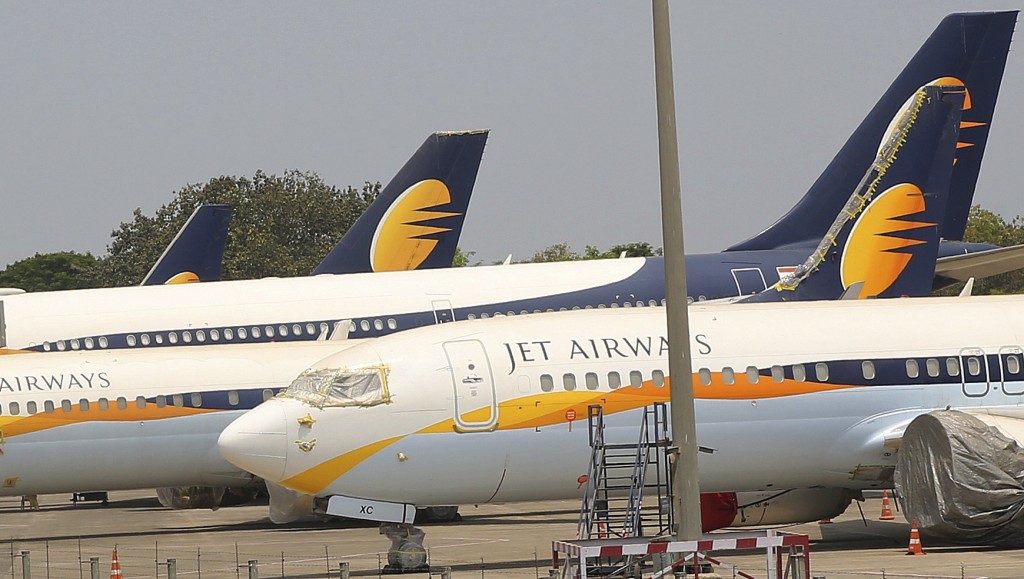 NEW DELHI (AP) — Jet Airways, once India's largest airline, says it is temporarily suspending all operations after failing to raise enough money to run its services.

The company said Wednesday that it has been informed by its lenders, led by state-run State Bank of India, that they are unable to consider its request for funding to keep flying.

On Tuesday, its former chairman, Naresh Goyal, reportedly withdrew plans to bid for a controlling stake in the company.

It was not immediately clear who else might bid for the company. Etihad Aviation Group purchased a 24% stake in 2013.

The airline had 119 planes on Dec. 31, when it first defaulted on some of its more than $1 billion in debt. This week, it reduced its operations to only seven aircraft flying domestic routes.