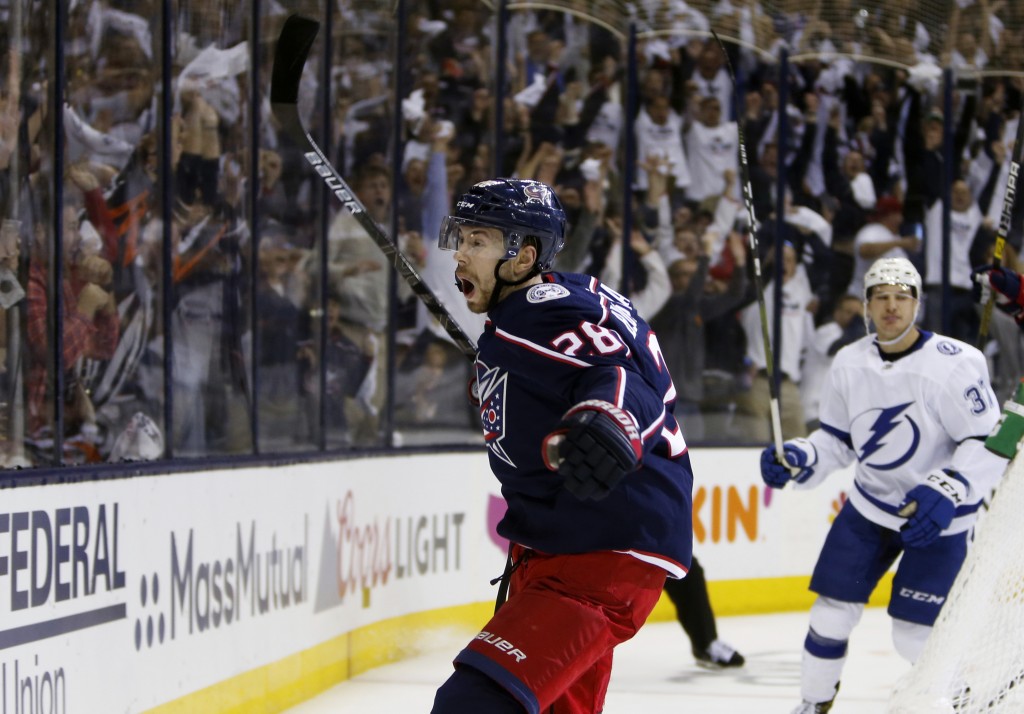 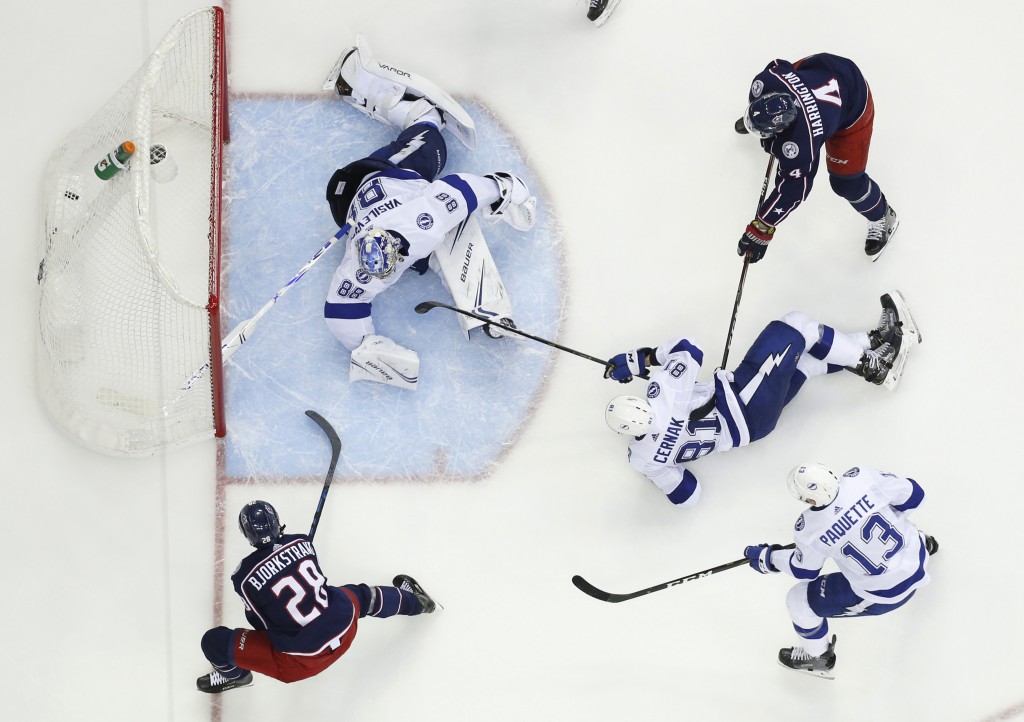 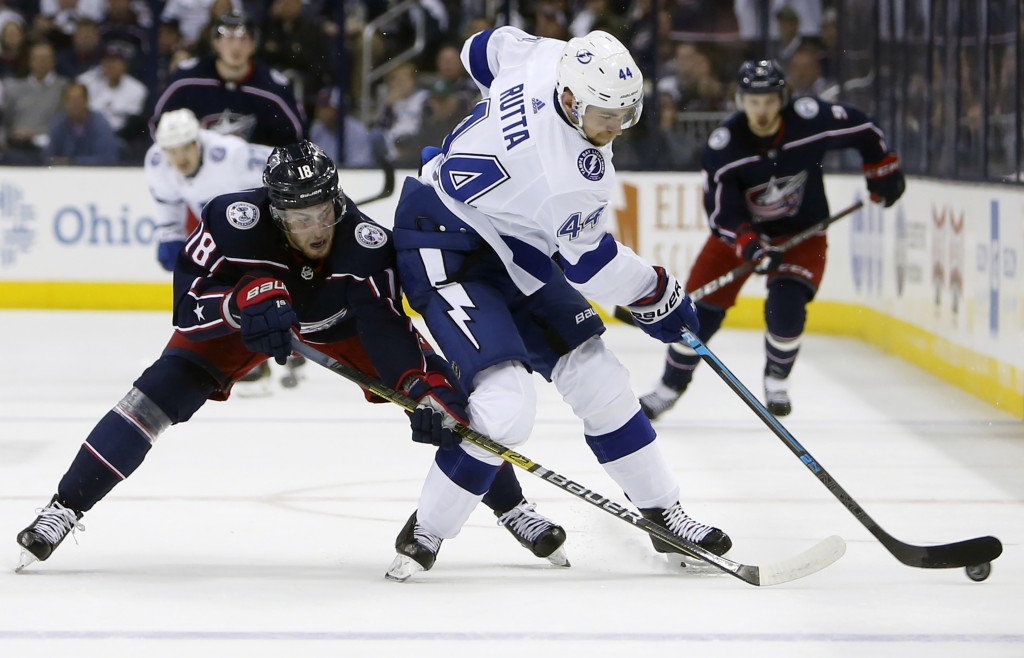 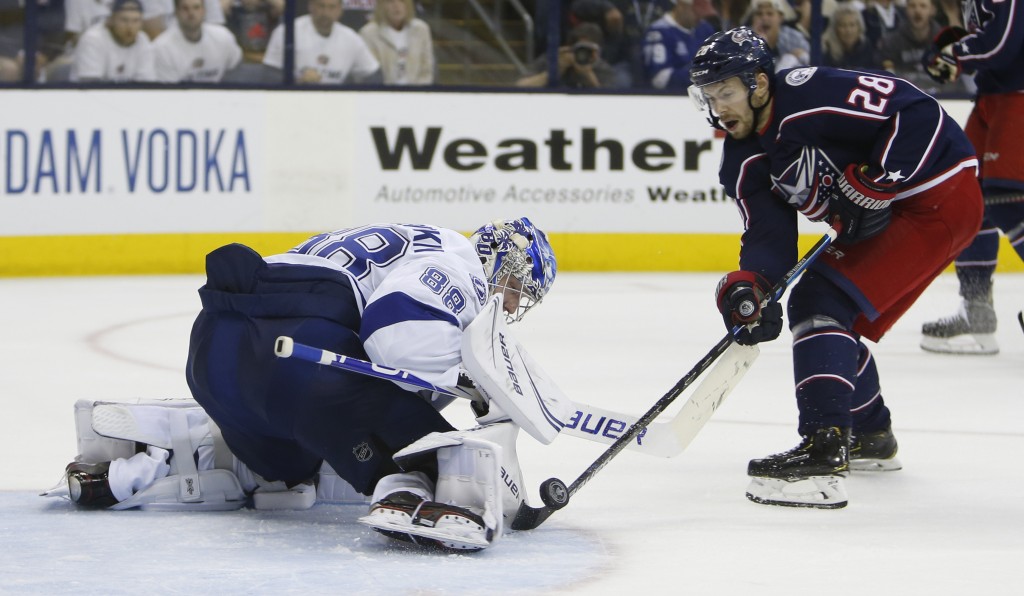 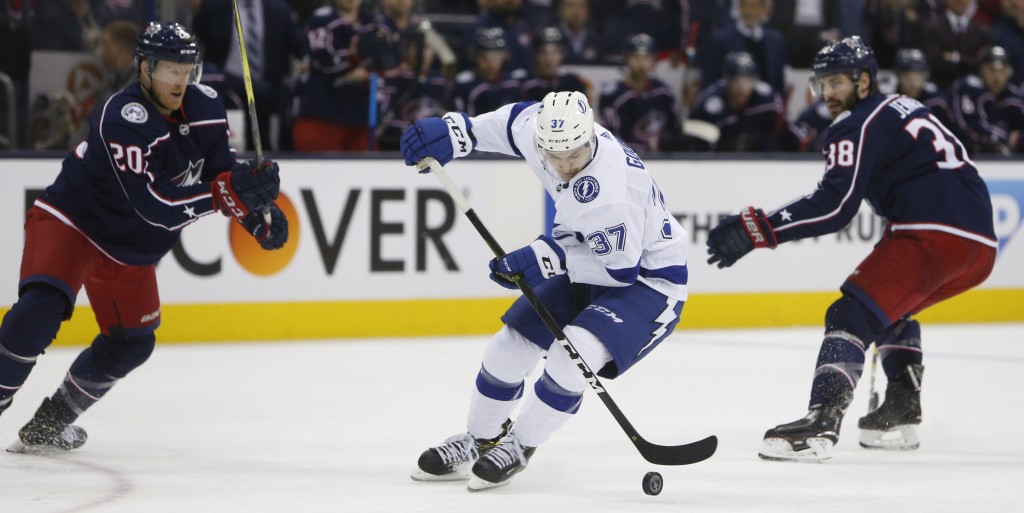 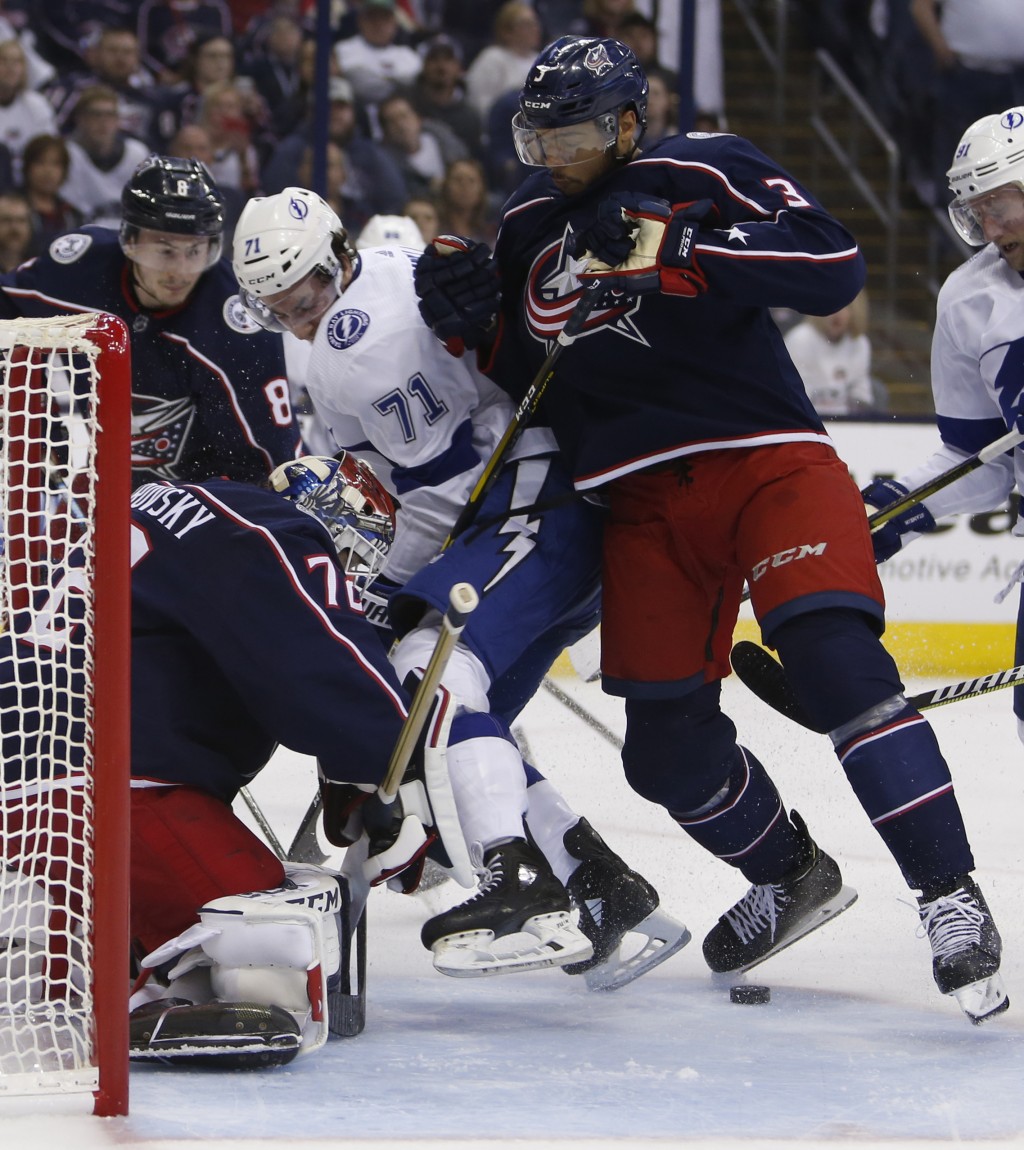 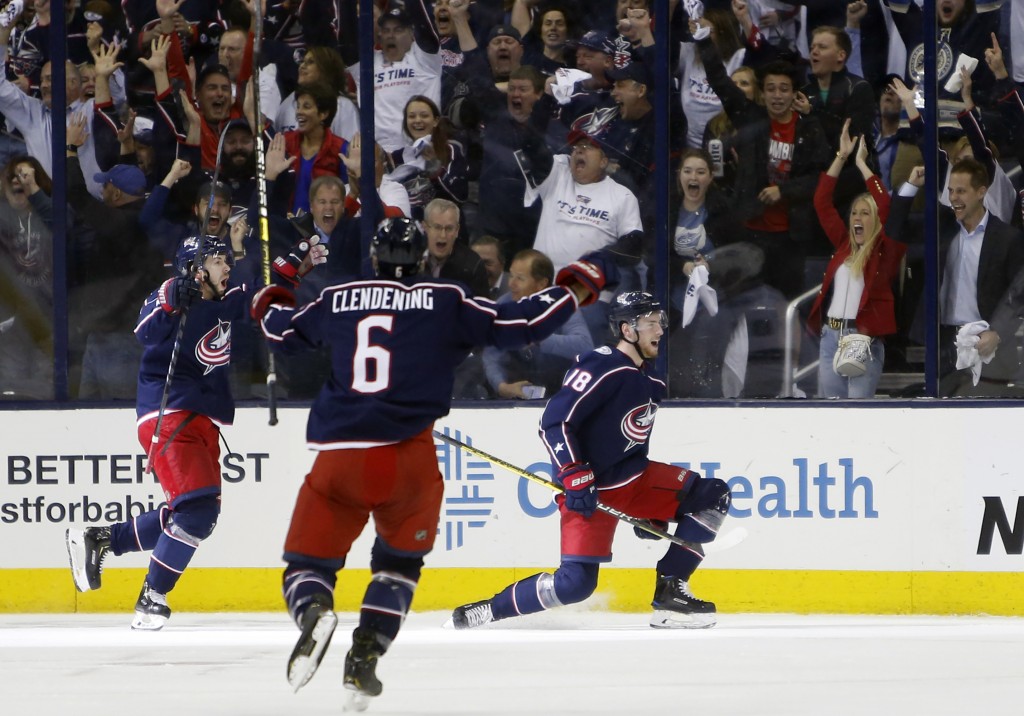 COLUMBUS, Ohio (AP) — Sullen and speechless, the Tampa Bay Lightning had little explanation for how they followed up a glorious regular season by getting bounced from the playoffs with record-setting haste.

The Columbus Blue Jackets capped a stunning sweep of the Presidents' Trophy winners with a 7-3 victory Tuesday night. Tampa Bay became the first team in the expansion era, which began in 1967-68, to go winless in the first round of the playoffs after leading the league in points during the regular season.

And what a season it was. Tampa Bay tied the NHL record for wins with 62 and amassed 128 points, fourth in NHL history.

"Yeah, it sucks," said Lightning forward Nikita Kucherov, who had 128 points in the regular season but was kept off the scoresheet until Tuesday night.

The Blue Jackets, meanwhile, didn't clinch the second Eastern Conference wild-card spot until the 81st game. But they outplayed the Lightning with a smothering forecheck and stellar goaltending by Sergei Bobrovsky.

Columbus won its first-ever playoff series on its fifth try and advances to play the winner of the Boston-Toronto series, which the Maple Leafs lead 2-1.

"It's a great feeling to finally get one," Blue Jackets defenseman David Savard said. "The job's not done. We have to keep going."

Bobrovsky carried the day again for the Blue Jackets, finishing with 30 saves.

With Columbus clinging to a 4-3 lead in the third period, Tampa Bay had wrested the momentum from the Blue Jackets but still couldn't solve Bobrovsky. The Blue Jackets' final three goals came late in the period after the Lightning had pulled goalie Andrei Vasilevskiy for an extra skater.

"They were the better team," said Tampa Bay captain Steven Stamkos, who also didn't score until Game 4. "They executed their game plan. I don't know what to say. If we had the answers we would have found a way to win a game."

Rookie Alexandre Texier, who was brought over after his season ended in the Finnish league, scored his first NHL goal and later added one of the empty-netters. Pierre Luc-Dubois had a goal and a pair of assists.

A dozen different players scored for Columbus in the series.

"I'm so happy for them because I think they really can see if you're a unit you can get some things accomplished," said Columbus coach John Tortorella, who led Tampa Bay to a Stanley Cup championship in 2004. "As we approach the second round, wherever it may be, it's going to have to be even tighter. I think this is a really good foundation, (and) you can do some really crazy things if you stay together as a unit."

Stamkos, Cedric Paquette and Brayden Point scored for Tampa Bay, which never led in this elimination game. The Lightning tied it at 3 on Point's goal late in the second period , but Oliver Bjorkstrand scored 54 seconds later to put Columbus ahead for good.

"A bounce here, a bounce there maybe it's a different game," Lightning wing Ryan Callahan said. "But at the end of the day it wasn't good enough top to bottom from our team. A very structured team over there, played to their systems, didn't waver and outplayed us for four games."

NOTES: Columbus D Markus Nutivaara missed his second game after being taking a shot in the head along the boards from Kucherov on Friday. The play resulted in a one-game suspension in Game 3 for Kucherov. ... Lightning Ds Victor Hedman and Anton Stalman missed Game 4 with injuries.

Columbus moves on to play the Boston-Toronto winner.