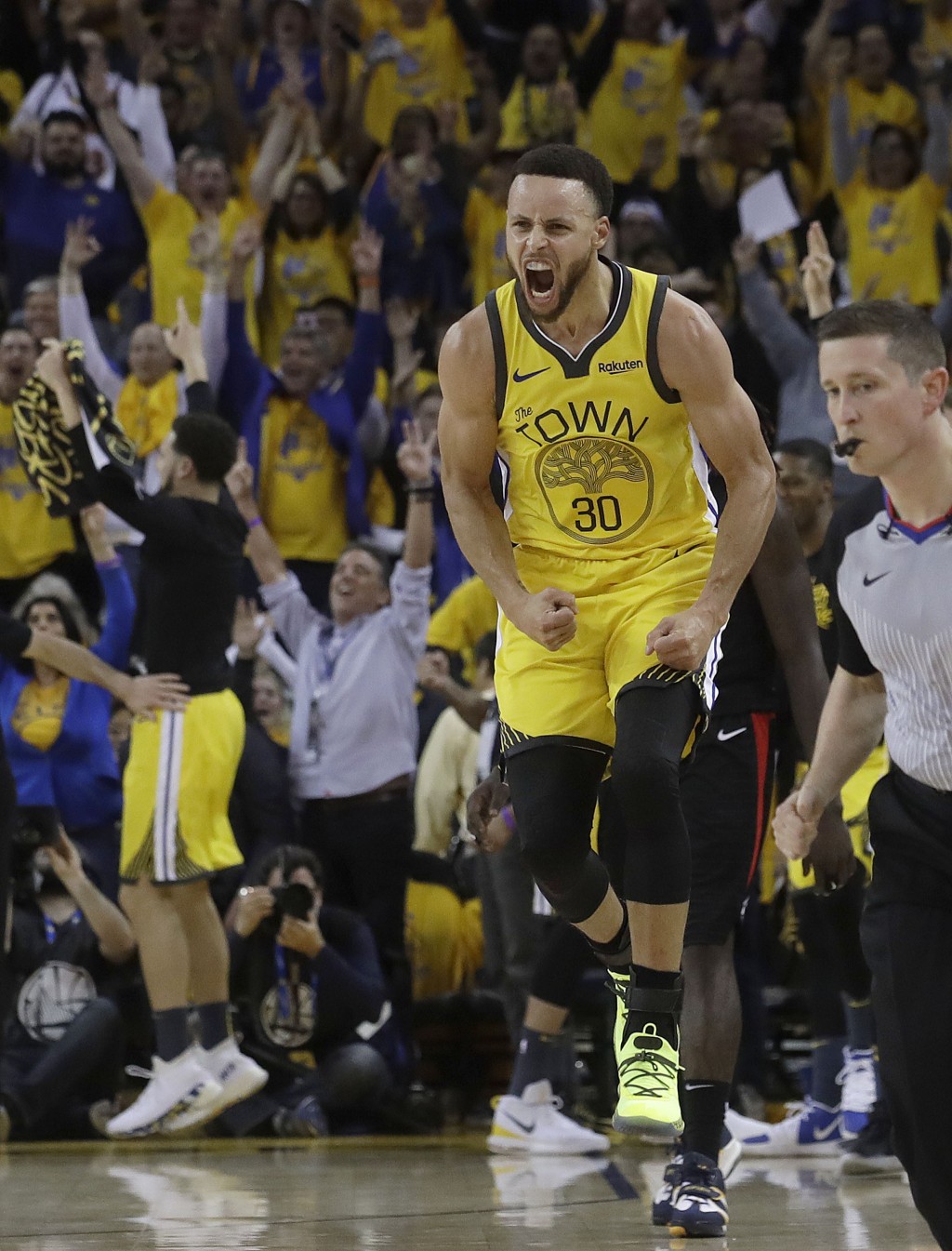 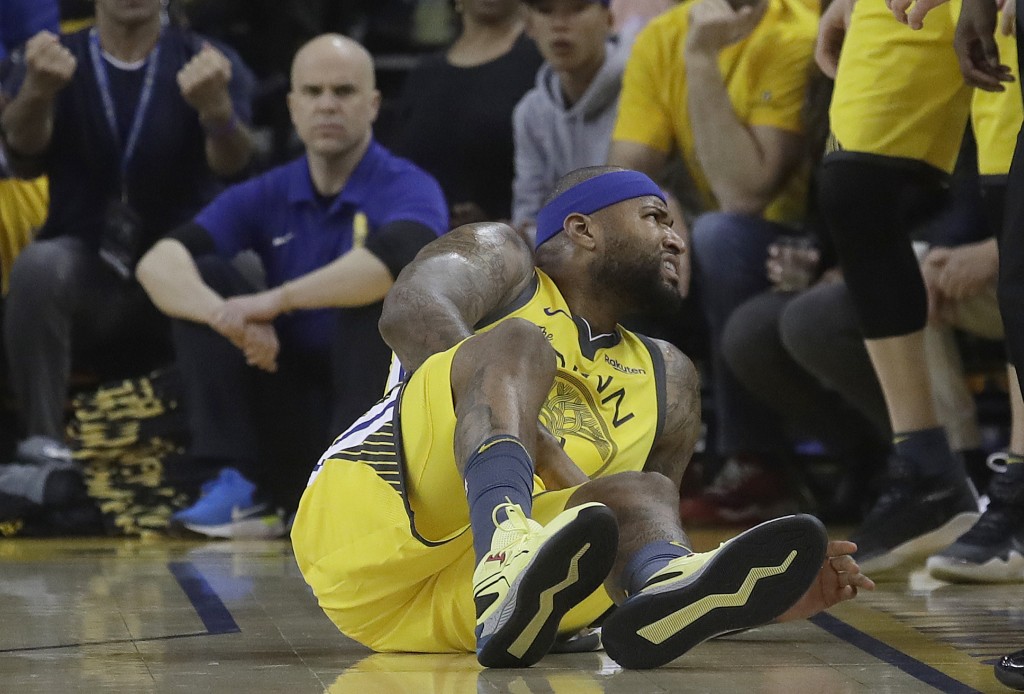 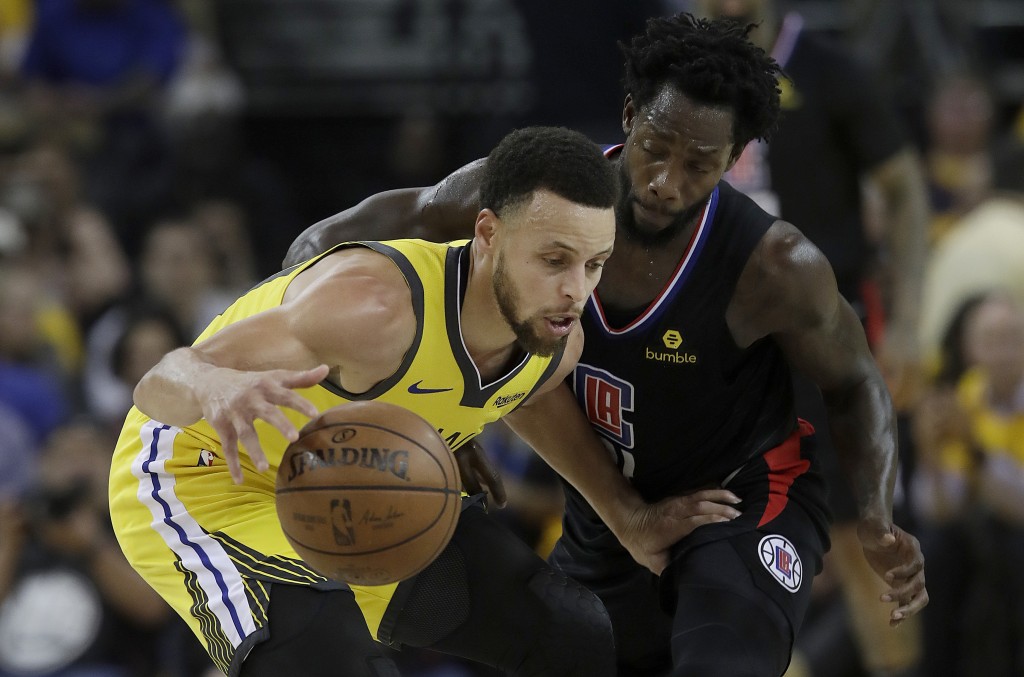 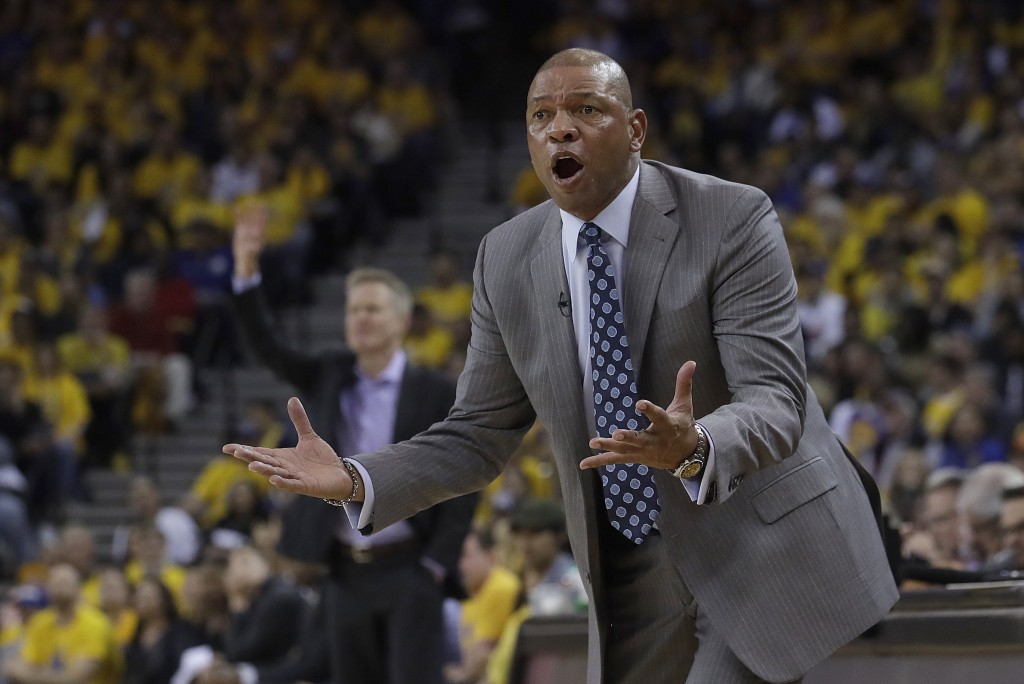 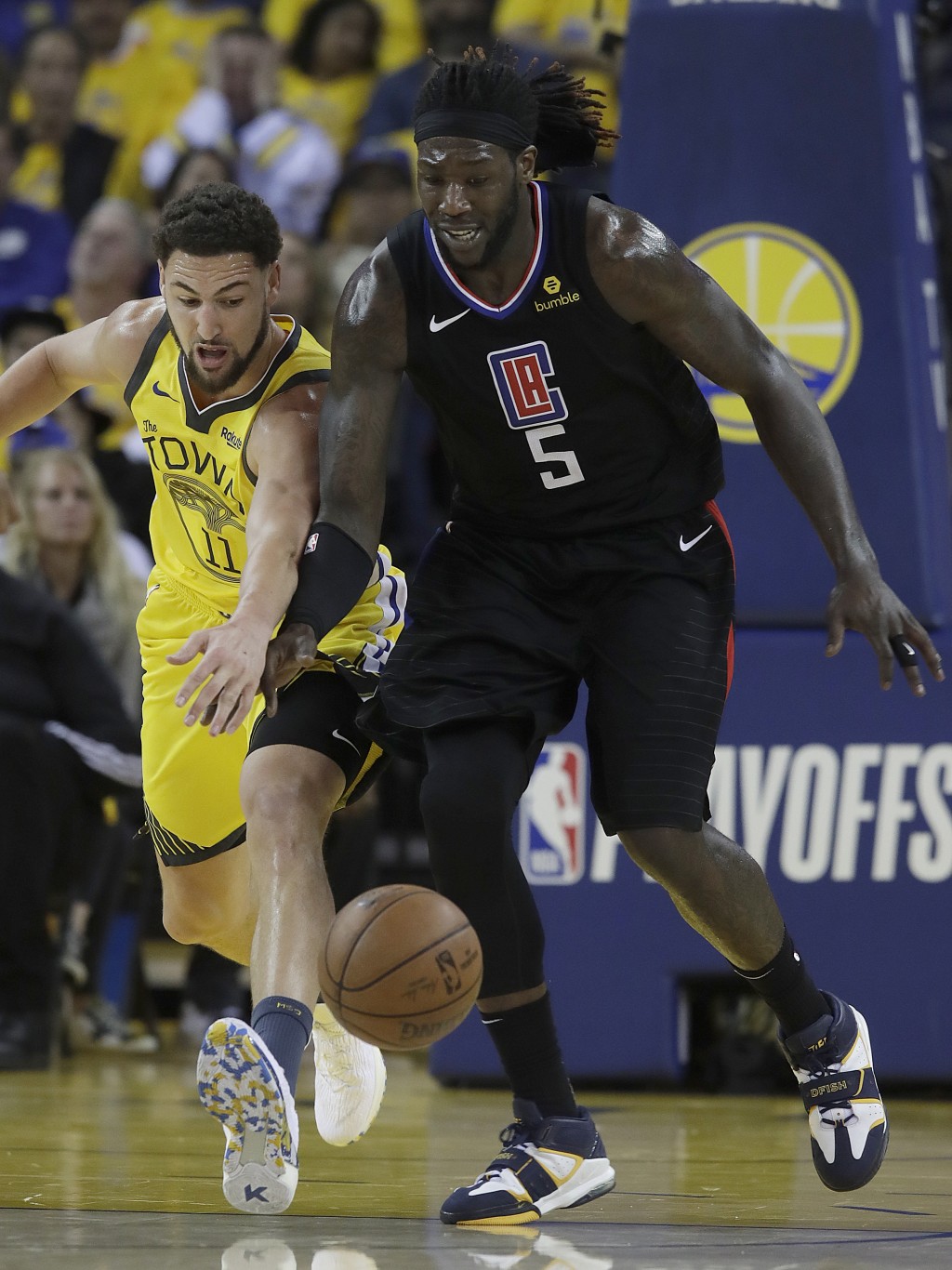 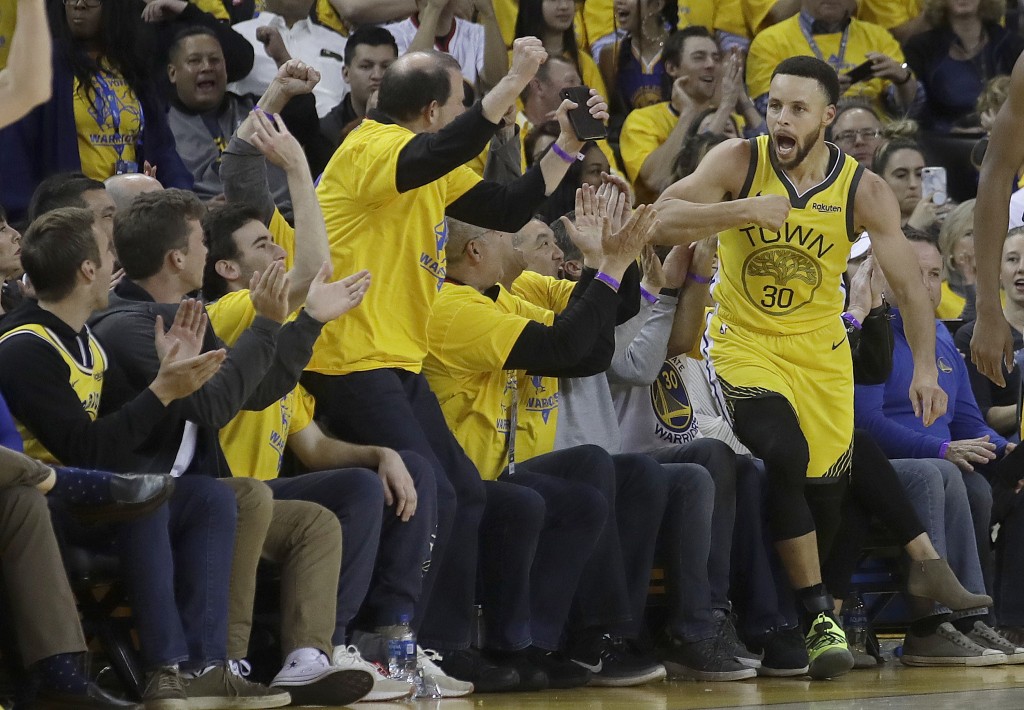 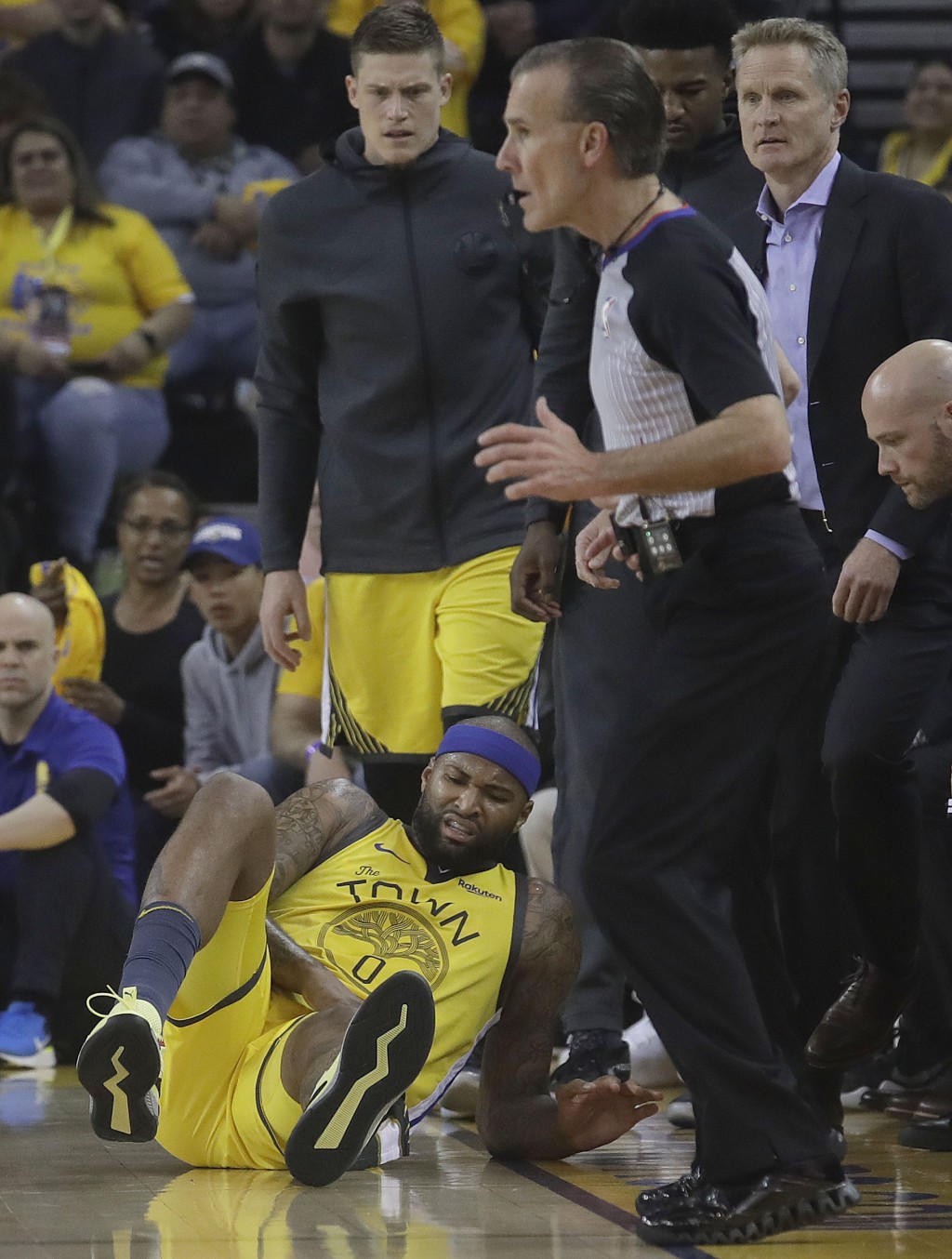 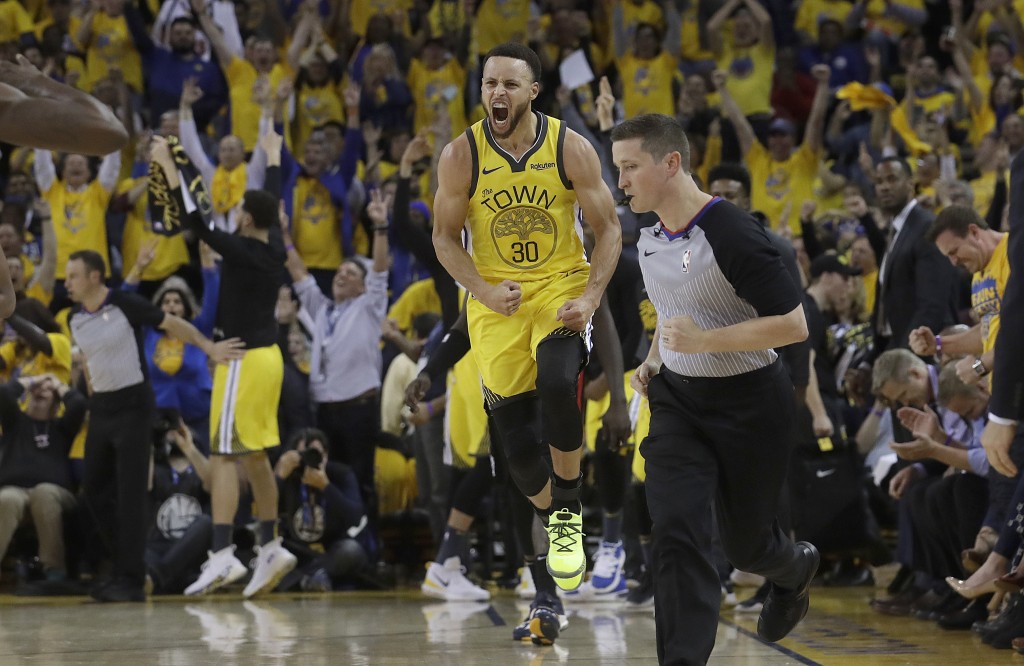 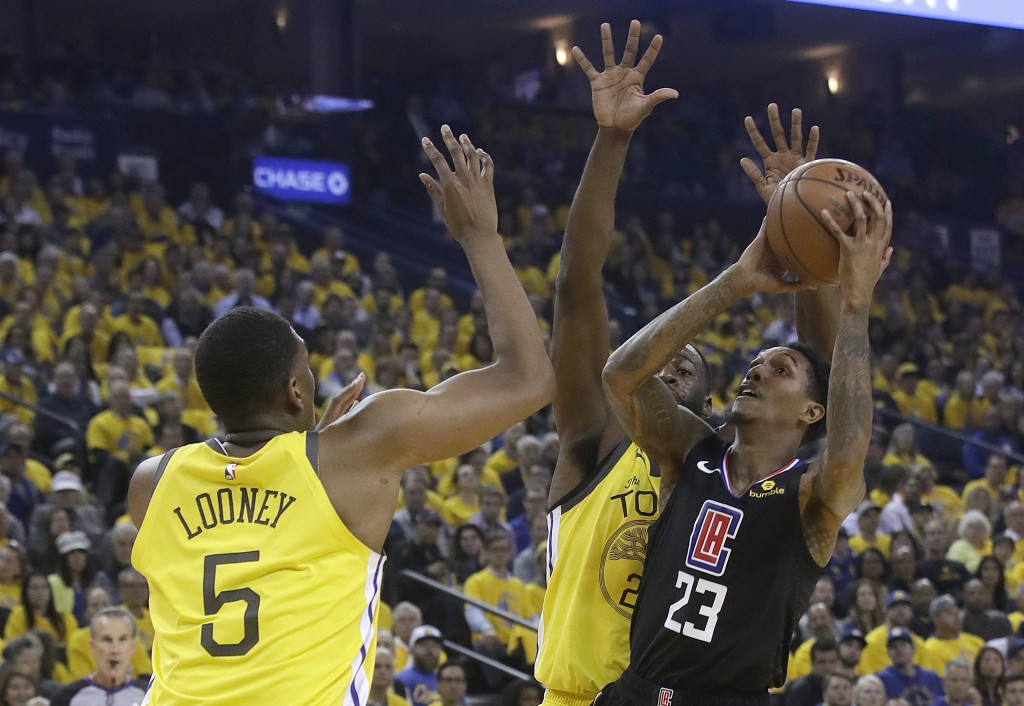 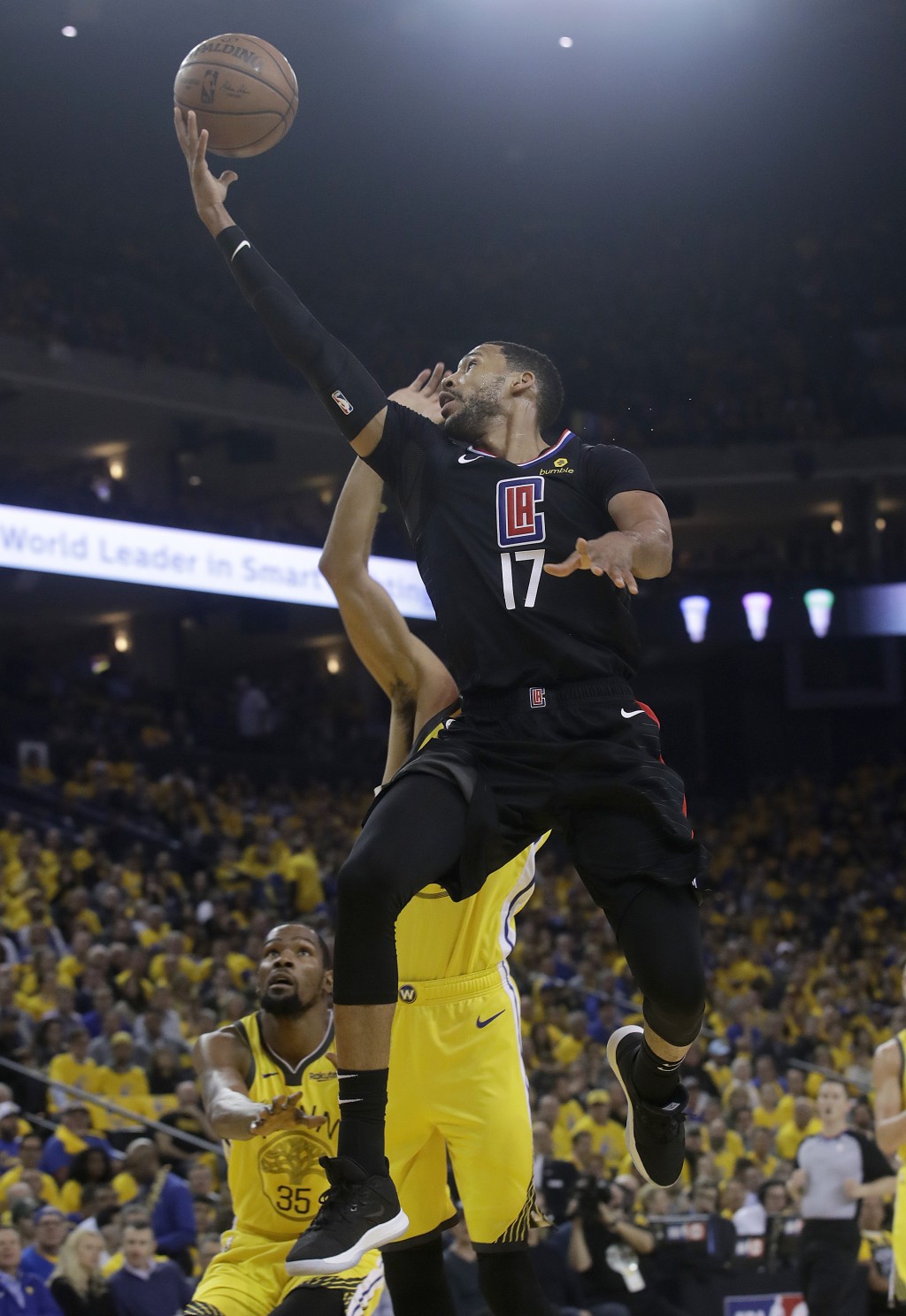 OAKLAND, Calif. (AP) — Landry Shamet hit a go-ahead 3-pointer with 16.5 seconds left, Stephen Curry couldn't answer on the other end, and the Los Angeles Clippers climbed back from a 31 points down to stun the Golden State Warriors 135-131 on Monday night and even their first-round playoff series at one game apiece.

It was a historic comeback that topped a 29-point rally by the Los Angeles Lakers in the 1989 Western Conference semis over Seattle.

Curry scored 29 points and put the Warriors up 131-128 with 58 seconds left before Shamet's dagger on a night the two-time defending NBA champions lost DeMarcus Cousins to a leg injury in the first quarter.

Lou Williams tied the game on a jumper with 1:10 to play then Curry immediately answered. Williams scored again at 46 seconds and finished with 36 points and made 8 of 10 free throws in as the teams combined for 64 fouls and 76 free throws attempted.

Cousins injured his left quadriceps muscle in the first quarter and was done for the game, but Golden State's depth shined and the Warriors built a 23-point halftime lead they pushed to a 31-point advantage failing to hold off Los Angeles late.

Kevin Durant drove through the paint past Montrezl Harrell for a one-handed jam and three-point play with 2:48 left, then went at Harrell the next time down and was whistled for the offensive foul. Durant fouled out with three straight offensive fouls.

Cousins was scheduled to undergo an MRI exam after the injury in just his second career playoff game following a nine-year wait. The big man returned in January from a nearly year-long absence following surgery for a torn left Achilles tendon.

His status for Game 3 on Thursday at Staples Center is in serious doubt.

Cousins hobbled to the locker room at the 8:09 mark of the first quarter. At the 8 1/2-minute mark Cousins stole the ball from Patrick Beverley in the back court and tried to retrieve the loose ball when went down in front of the Golden State bench and grabbed at his left quad.

LeBron James tweeted prayers for Cousins, who fouled out of Saturday's 121-104 Game 1 win with nine points, nine rebounds and four assists in 21 minutes.

Kevon Looney picked up the bulk of the extra minutes in Cousins' absence and scored a career-high 19 points making all six of his shots but the Warriors had their seven-game postseason winning streak snapped that dated to last year's run to a repeat championship. Durant had 21 points, five rebounds and five assists, Klay Thompson scored 17 points and Draymond Green 14 with nine assists.

Curry followed up a 38-point performance in Game 1 to give him the most 3s in postseason history with another nice showing but Golden State hurt itself with too many miscues.

The Warriors committed 21 turnovers in Game 1, then 22 more Monday — nine by Durant.

Los Angeles wanted to do a better job stopping the late bursts each quarter the Warriors had in Game 1, and the Clippers were somehow able to claw their way back.

Both coaches challenged their teams to be more poised in Game 2 following the ejections of Beverley and Durant in the opener. Beverley again pushed the limits but the sides avoided a testy encore, and he fouled out with 4:33 to go to roaring cheers from the sellout crowd. Durant left at 1:21.

At morning shootaround, Durant apologized for being tossed from Game 1.

The two-time reigning finals MVP has two technicals, and if he reaches seven during the postseason it brings an automatic one-game supsension.

"I don't want to disappoint my coaches and my fan base and owners who expect me to be out on the floor, so I apologize for being thrown out the game," Durant said. "Just keep my mouth shut, just play the game. Simple."

Doc Rivers dropped $2,000 cash on the street in San Francisco earlier in the day — and offered a pregame "shoutout" to the man with the integrity to return the money.

"Kept walking, didn't know it. The guy tapped me on the back and said, 'that's your money,'" Rivers shared. "I don't know a lot of places that that would happen, but it happened today, so whoever that was he could have had free tickets if you hadn't ran away."

Clippers: Williams scored 17 points in the third to match Chris Paul's postseason franchise record done May 5, 2014, against Oklahoma City. ... The L.A. backups scored another 83 points after getting 65 in the opener. In fact, in Game 1, Harrell (26) and Williams (25) were the first teammates to come off the bench and score 25 or more points in a postseason game since bench stats began in 1970-71, according to the Elias Sports Bureau.