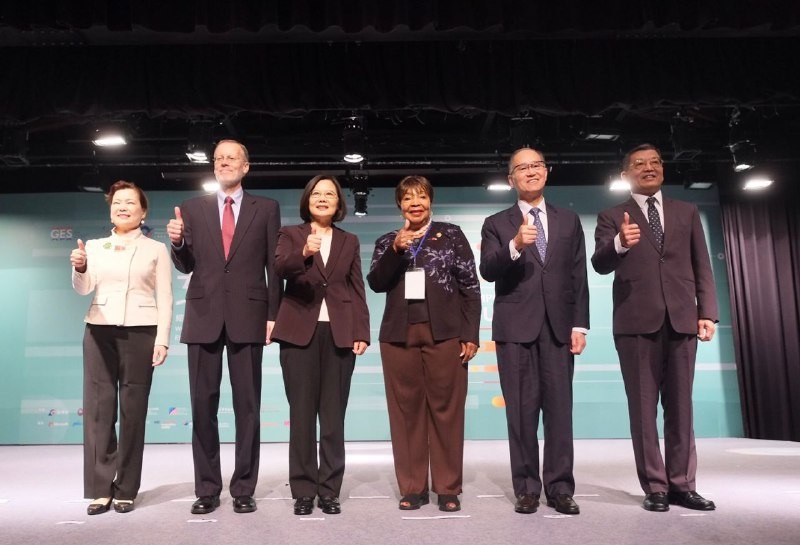 TAIPEI (Taiwan News) — President Tsai Ing-wen (蔡英文) said on Tuesday (April 16) her administration is dedicated to improving gender equality, and she hopes the country will have more women leaders in the future.

“When women are able to pursue their aspirations, our countries become more prosperous, our region more stable,” remarked Tsai at the opening of the Women’s Economic Empowerment Summit on Tuesday in Taipei. The government has been encouraging women to start businesses by creating a safe and supportive working environment for them over the past three years, added Tsai.

As Taiwan’s first female president, Tsai said it was her duty to push for women’s empowerment at home and abroad. She pledged to continue working for an equal society until the day that the emphasis on “a female president” becomes “a thing of the past.”

Lauding Taiwan as a leader in East Asia when it comes to empowering women, AIT Director Brent Christensen announced two joint initiatives between Taiwan and the U.S. that aim to promote gender equality throughout the entire Indo-Pacific region.

“With Taiwan, we want to ‘go south together,’” said Christensen. “We hope to integrate the innovative startup ecosystems of the United States, Taiwan, and Southeast Asia, while empowering women entrepreneurs everywhere.”

“Empowering women is not just about social equality, it is smart economics and smart geopolitics,” said Christensen. He referred to World Bank’s research that concludes that when women are excluded from the economy, a nation is more likely to be involved in conflict and violence. “But when women are empowered, they bring national stability.”

In addition to Tuesday’s summit, more than 500 representatives from 15 countries are expected to gather in Taipei over the next two days to discuss a number of issues at a subsequent workshop organized by the American Institute in Taiwan (AIT) and Taiwan’s Ministry of Foreign Affairs (MOFA), including the economic empowerment of women and their roles in the economy.