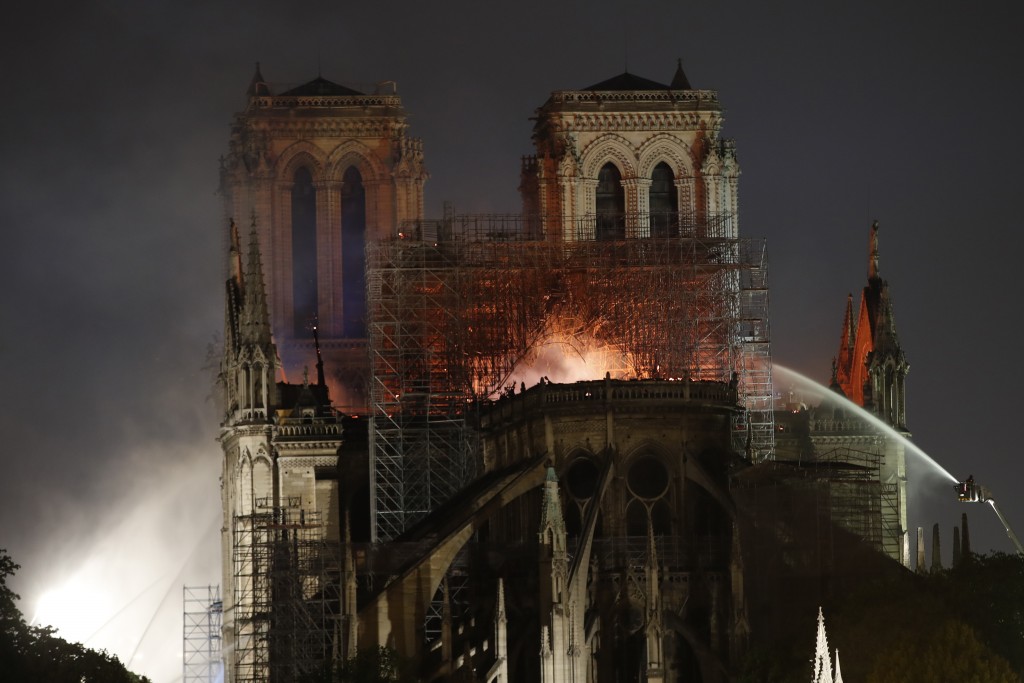 A massive fire engulfed parts of the Notre Dame Cathedral on Monday, toppling its spire as Parisians watched in shock in the streets below. Here are some facts and figures about the treasured building.

CONSTRUCTION: The building stands on the Île de la Cité, a small island in Paris' Seine River. Construction was begun in 1163, and its two massive towers were finished around 1245, but the building was not completed until the beginning of the 14th century. Its central spire was added in the 19th century.

MEASUREMENTS AND DESIGN: The interior of the cathedral is 427 feet by 157 feet (130 meters by 48 meters). The main structure is 211 feet high (64 meters high). The three famed rose windows date to the 13th century.

FRENCH REVOLUTION: In the wake of the French Revolution, the cathedral was declared a "Temple of Reason" as part of an anticlerical movement. All of the original bells were destroyed, except for one, called Emmanuel and weighing 13 tons.

RESTORATION: In 2013, the cathedral celebrated its 850 years with a refurbished organ. Each of the nearly 8,000 pipes, some of which date back to the 18th century, was individually cleaned and returned to its place. Meanwhile, nine new, gargantuan bells replaced the 19th century ones.

VISITORS: An average of 30,000 people a day visit the cathedral.