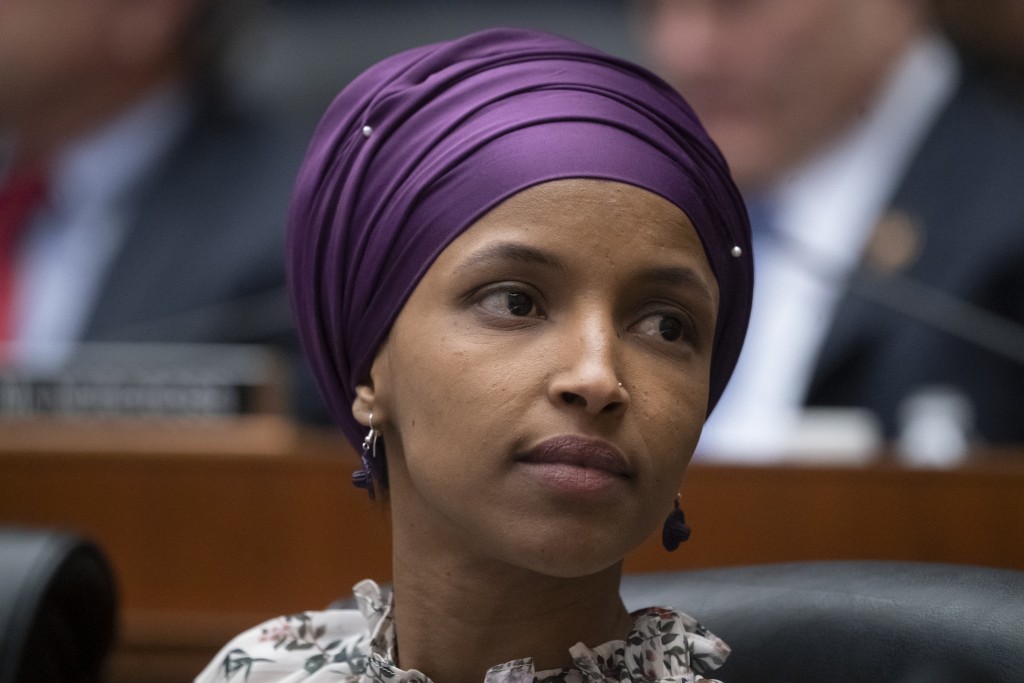 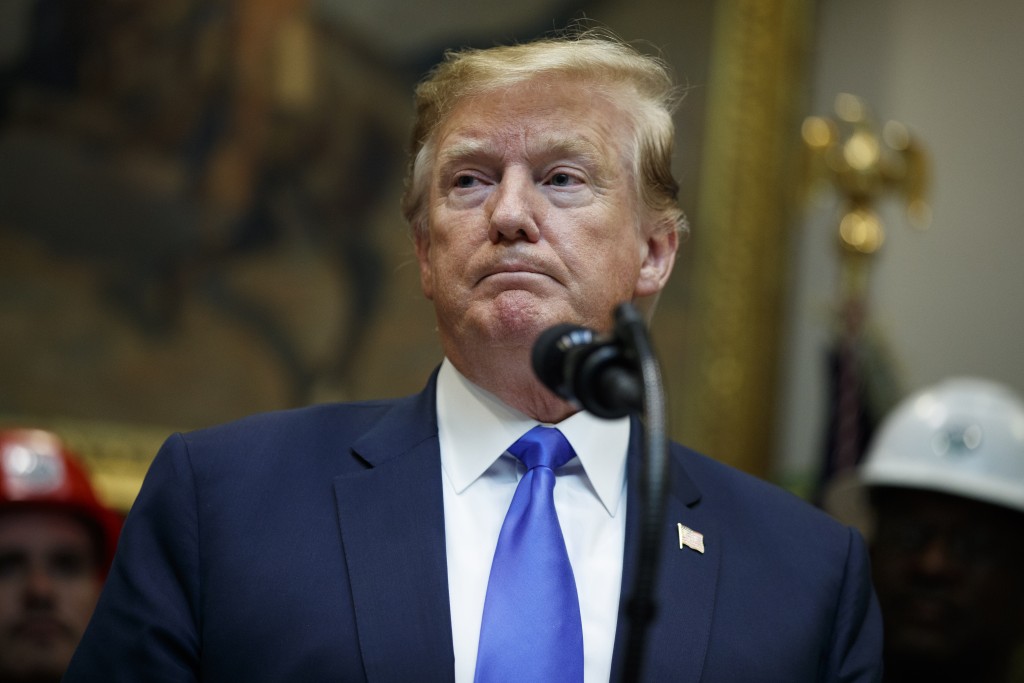 WASHINGTON (AP) — President Donald Trump isn't backing down from his tweets about Democratic Rep. Ilhan Omar, one of the first Muslim women to serve in Congress.

In fact, he's speaking in Omar's home state of Minnesota on Monday amid a ferocious fight over her comments about the Sept. 11 terrorist attacks.

Omar, a Somali-American, says it's more than a rhetorical squabble, and that lives, including hers, are at stake. Trump says national security is at issue and that Omar is "ungrateful."

A look at the latest rhetorical battle between the pair that's more broadly about race and whether leaders and their words should be blamed for violence.

Omar says she's faced increased death threats since Trump spread around a video that purports to show her being dismissive of the 2001 terrorist attacks. "This is endangering lives," she said, accusing Trump of fomenting extremism. "It has to stop."

Her statement late Sunday followed an announcement by House Speaker Nancy Pelosi that she has taken steps to ensure the safety of the Minnesota Democrat. Pelosi also urged Trump to take down the video.

The video soon disappeared as a pinned tweet at the top of Trump's Twitter feed, but it was not deleted.

Trump further escalated his rhetoric Monday morning, tweeting that, "Before Nancy, who has lost all control of Congress and is getting nothing done, decides to defend her leader, Rep. Omar, she should look at the anti-Semitic, anti-Israel and ungrateful U.S. HATE statements Omar has made."

Omar told a Los Angeles gathering of the Council on American-Islamic Relations on March 23 that many Muslims saw their civil liberties eroded after the Sept. 11 attacks.

"For far too long we have lived with the discomfort of being a second-class citizen and, frankly, I'm tired of it, and every single Muslim in this country should be tired of it," she said in the speech, according to video posted online. "CAIR was founded after 9/11, because they recognized that some people did something and that all of us were starting to lose access to our civil liberties."

CAIR was founded in 1994, according to its website, but its membership skyrocketed after the attacks.

The president on Friday retweeted a video that pulled "some people did something" from Omar's speech and included news footage of the hijacked planes hitting the Twin Towers. Trump also tweeted, "WE WILL NEVER FORGET!"

The president elevated criticism largely from Omar's political opponents and conservatives who say Omar's phrasing offered a flippant description of the assailants and the attacks that killed nearly 3,000 people.

Neither Trump's tweet nor the video included Omar's full quote or the context of her comments.

"First Member of Congress to ever describe terrorists who killed thousands of Americans on 9/11 as 'some people who did something,'" tweeted Rep. Dan Crenshaw, R-Texas. The retired Navy SEAL lost his right eye in 2012 in an explosion in Afghanistan.

"Here's your something," the New York Post blared on a cover beneath a photograph of the flaming towers.

Fox News Channel host Brian Kilmeade said on a "Fox & Friends" segment on Omar: "You have to wonder if she's an American first."

Omar has been the target of threats in the past. She tweeted back at Kilmeade and Crenshaw: "This is dangerous incitement, given the death threats I face."

"My love and commitment to our country and that of my colleagues should never be in question. We are ALL Americans!"

An upstate New York man recently was charged with making death threats against her.

Members of the Congressional Black Caucus said in a conference call on Monday they are concerned for Omar's safety, especially as Trump campaigns in Minnesota. Chairwoman Karen Bass said whipping up "outrage" over Omar "further puts her life in danger."

Added House Homeland Security Chairman Bennie Thompson, "Members of Congress should be free to give their opinions on subjects without fear of threat of bodily harm."

"I'm concerned about it and the notion that, if your thinking is different from the president's, you become a target."