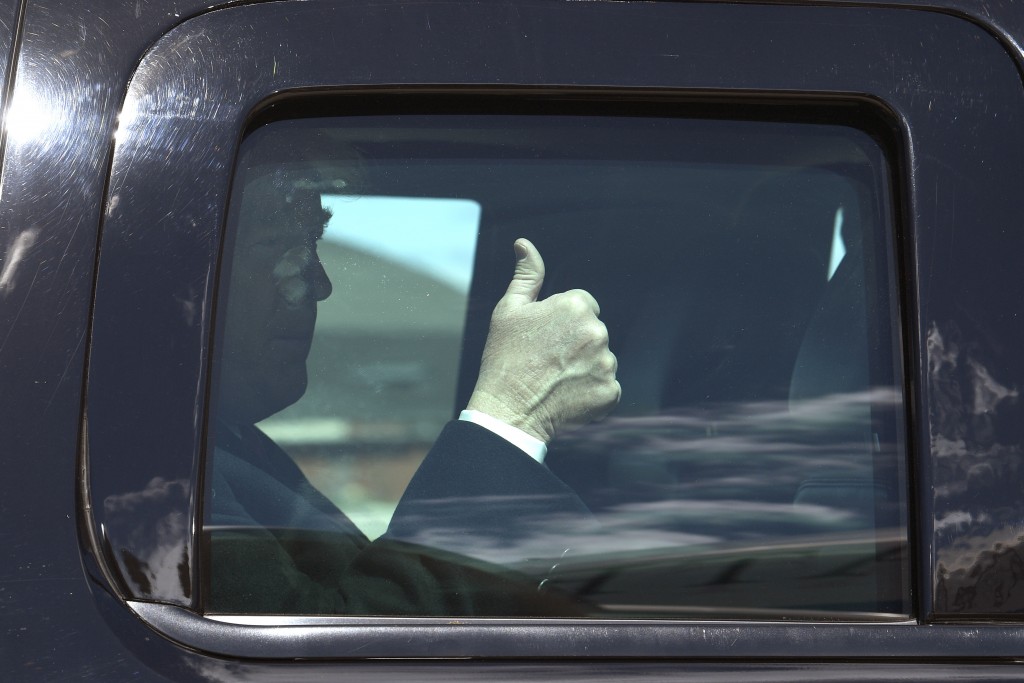 WASHINGTON (AP) — The Latest on President Donald Trump and immigration (all times local):

Trump is tweeting that, "Those Illegal Immigrants who can no longer be legally held" in custody "will be, subject to Homeland Security, given to Sanctuary Cities and States!"

He also says that, "Congress must fix the laws and loopholes."

It's unclear, however, whether Homeland Security is taking any steps to implement the contentious plan. Lawyers there had previously told the White House that the idea was unfeasible and a misuse of funds. U.S. Immigration and Customs Enforcement is already strapped for cash.

The White House and Department of Homeland Security did not immediately respond to requests for comment on Monday.

The chairmen of three House committees sent a letter Monday to the White House and Department of Homeland Security requesting emails and other documents discussing the idea, including its legal justifications and potential implications.

The letter says it's "shocking" the administration would consider such an action "for purely political reasons."

President Donald Trump has said he wants to explore the move as part of his drive to tighten immigration laws. The proposal was twice rejected by administration officials.

Officials in sanctuary cities limit cooperation with federal authorities seeking migrants in the U.S. illegally. They tend to be in Democratic areas.