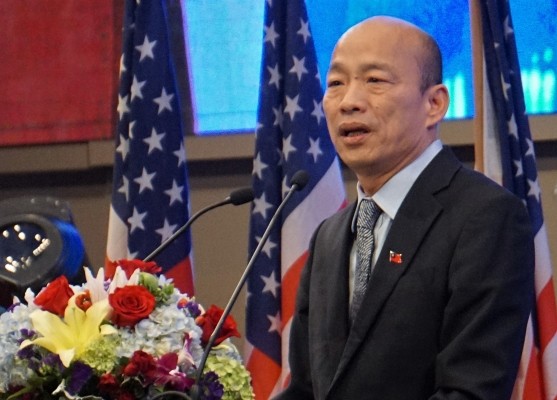 TAIPEI (Taiwan News) -- Kaohsiung Mayor Han Kuo-yu (韓國瑜) during a speech in Los Angeles on Sunday (April 14) claimed that Taiwan's economy has deteriorated under the rule of Taiwan's three most recent presidents, all of whom received law degrees from National Taiwan University (NTU).

Han, who was an English literature major at Soochow University and received his Master's in East Asian Studies at National Chengchi University, blamed former presidents Chen Shui-bian (陳水扁) and Ma Ying-jeou (馬英九) and current president President Tsai Ing-wen (蔡英文), who were all undergraduate law majors, for "crippling" Taiwan's economy. Chen was Taiwan's youngest lawyer when he passed the bar, while Ma and Tsai hold doctorates in law from prestigious universities.

At an economic forum in front of 1,000 supporters in Los Angeles on Sunday, Han said, "The last three presidents all graduated from the law department at NTU. Taiwan's economy and competitiveness have basically since been crippled," reported CNA.

In response to a post on Facebook in which Tsai wrote, "Fighting for the economy is not a slogan." Han said "Show the results. It's already been three years. I don't care whatever reason or excuse you use, the point is how do the ordinary people feel? Too many Taiwanese people feel financially hard-hit. This is something people cannot be deceived about," according to the report.

After being welcomed to attend a seminar at former President Ma's office, Han said, "I'm sorry to say that after eight years of presidency, were the things that should have been done to boost the economy, take care of the people, and let Taiwan maintain its advantages forever? Everyone should discuss this themselves."

Han then took aim at former President Chen by saying, "When [Kaohsiung City] Councilor Chen Chih-chung (陳致中) is asked about his father's [Chen Shui-bian's] contribution to Taiwan's economic development, all Taiwanese people can see whether the people of Taiwan are rich or his family members are rich. Everyone can see this clearly, stop bluffing and deceiving."

At a press conference today, DPP spokesman Chou Chiang-chieh (周江杰) said that Han was only 1/3 correct, "It was Ma Ying-jeou who tied Taiwan's economy to the China market." In return, the sovereignty of Taiwan has been eroded and Taiwan's economic throat has been choked by China and industries have stagnated, said Chou.

Chou said that in the three years that Tsai has been in office, innovation has been promoted in industry, many businesses have returned, and many IT firms have invested in the country. Chou sited the Ministry of Economic Affairs statistics showing the total amount of investment by Taiwanese businessman who have returned from overseas since Tsai took office now exceeds NT$120 billion, created 10,000 jobs, agricultural exports have reached NT$5.47 billion, a 20-year high, and the Taiwan stock market has reached 10,000 points and remained above that level for a record period of time.

"These are the concrete results of the DPP government's efforts to fight for the economy, not just shouting slogans," said Chou. Chou said that based on statistics, Ma was the worst-performing president since 2000, as the quarterly average GDP growth rate for Chen was 4.9 percent, 2.8 percent for Tsai, and only 2.5 percent for Ma.

"Therefore, Han was only 1/3 right about what he said, which is that Ma Ying-Jeou's economy crash crippled Taiwan's economy," said Chou. 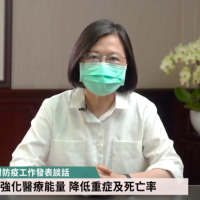