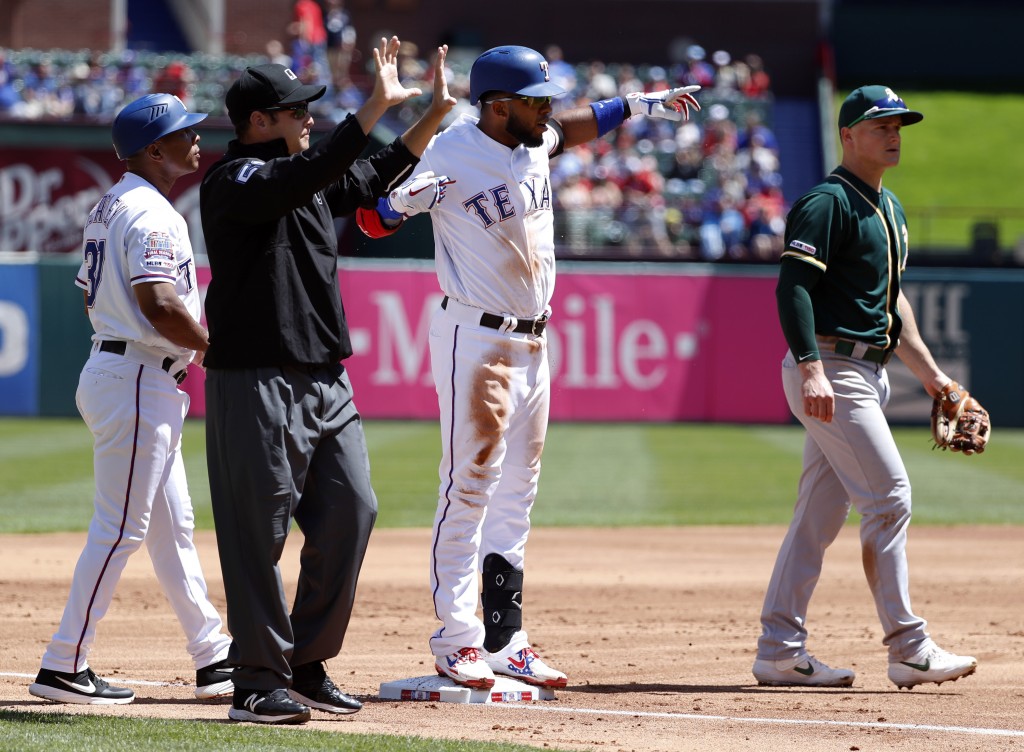 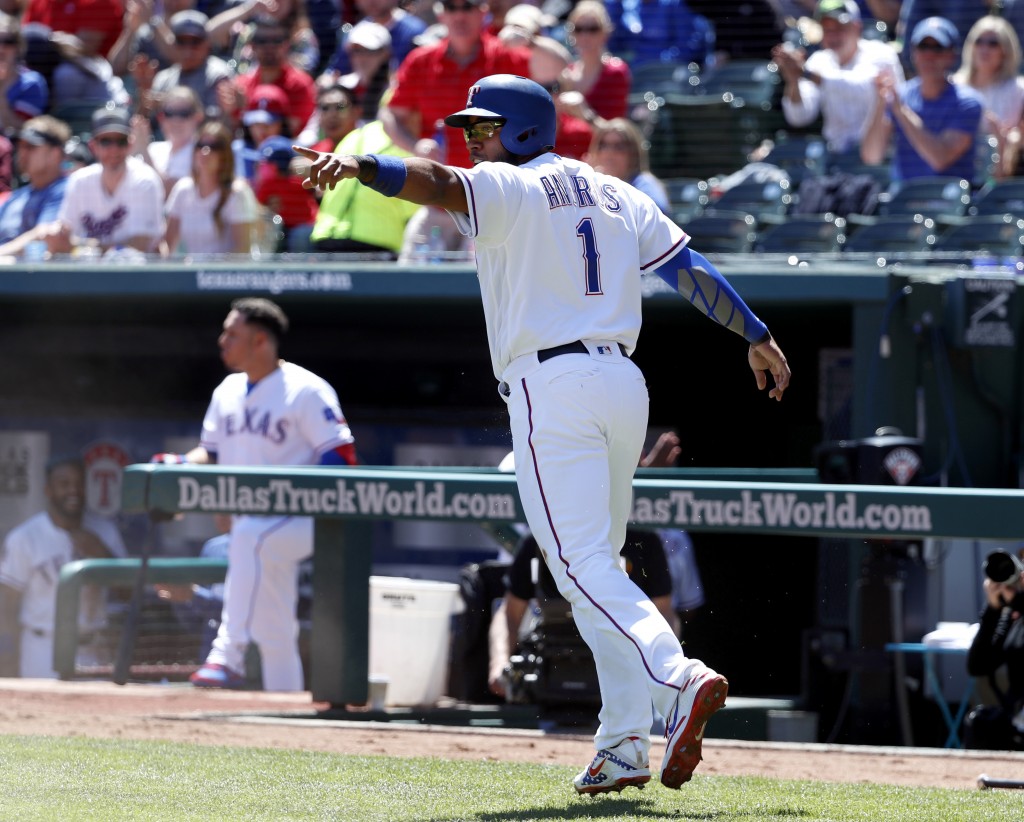 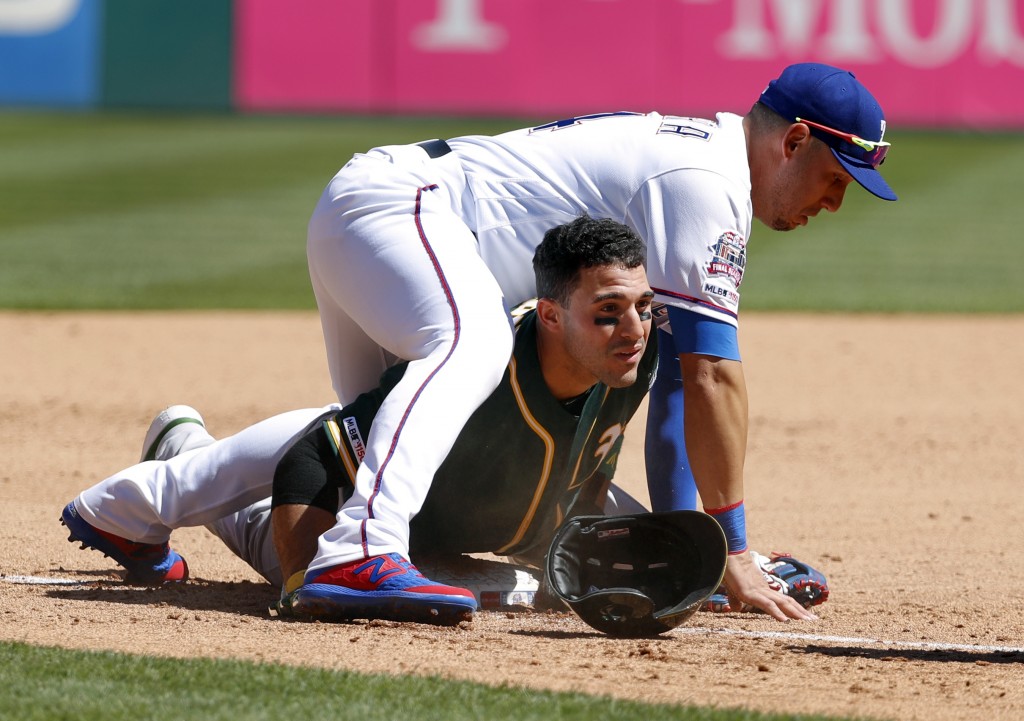 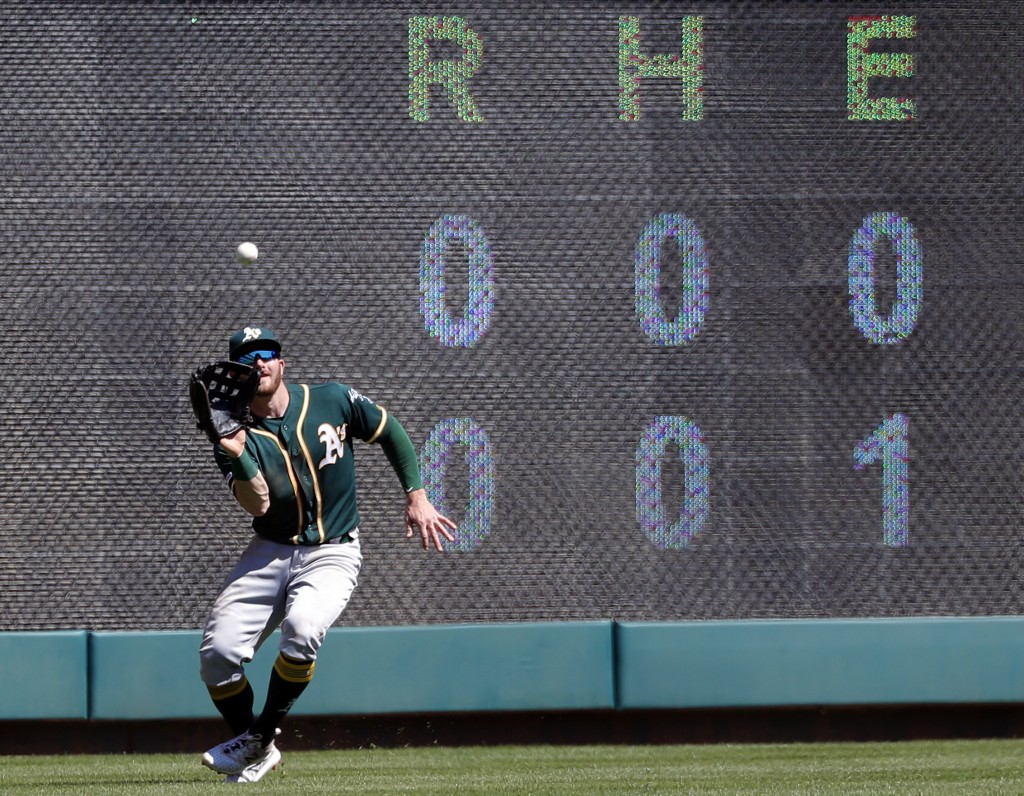 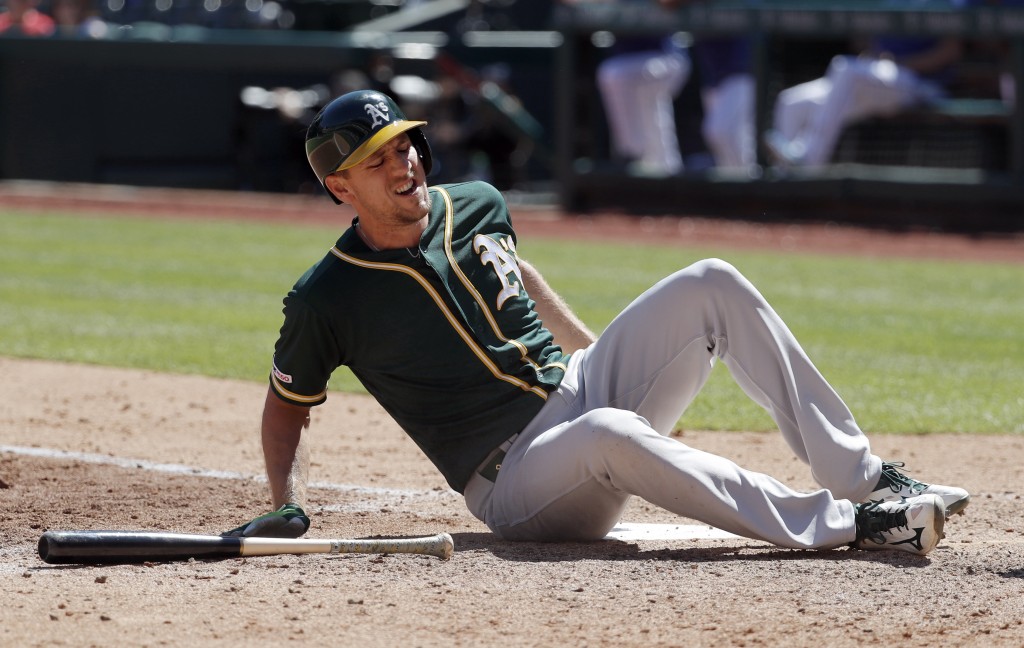 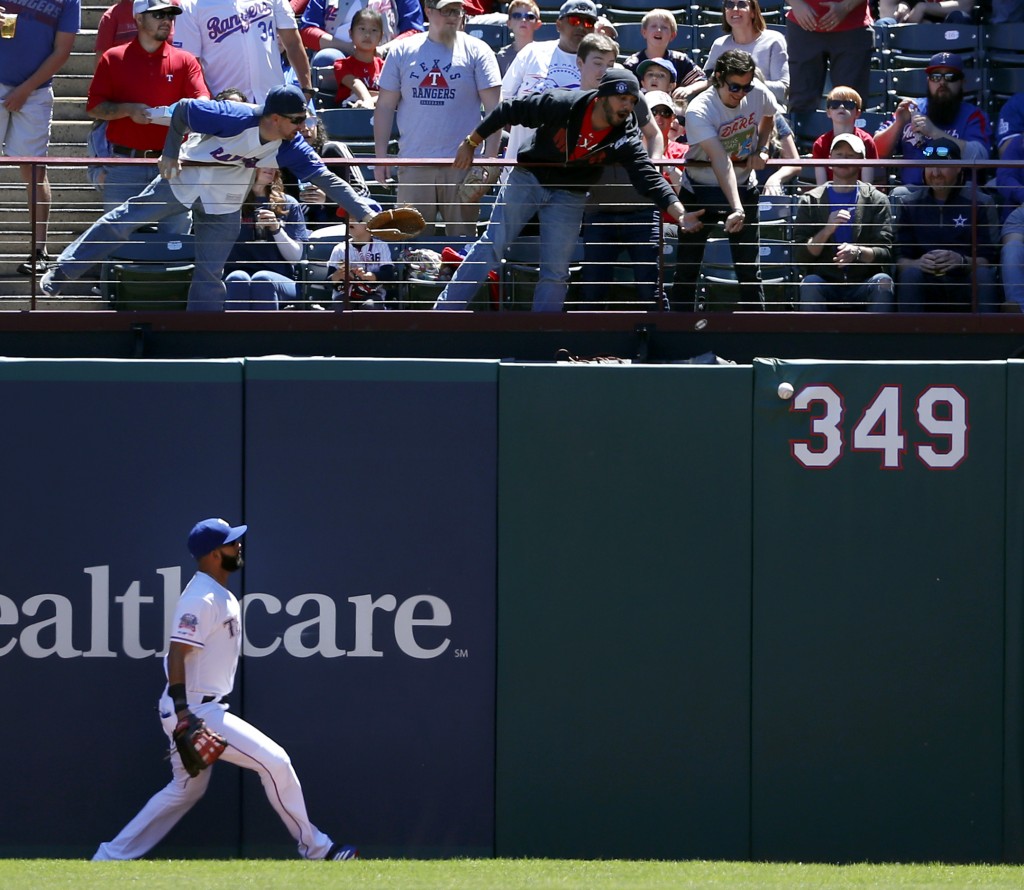 ARLINGTON, Texas (AP) — Danny Santana had a two-run, pinch-hit triple and scored the go-ahead run during a four-run eighth inning, lifting the Texas Rangers over the Oakland Athletics 8-7 Sunday.

Santana tripled into the gap in right-center to tie it at 7, then scored on Delino DeShields' bunt single two batters later. Santana, in his sixth major league season, was called up from Triple-A on Saturday to replace Rougned Odor, who was placed on the 10-day injured list.

Jeffrey Springs (2-0) pitched a scoreless eighth, and José Leclerc struck out three in the ninth for his third save.

Joakim Soria (0-2) got one out in the eighth and was charged with four runs.

Stephen Piscotty and Matt Chapman hit solo homers for the A's. They have 36 homers and went into Sunday second in the majors to Seattle with 38.

Khris Davis, the major league leader in home runs with 10, nearly homered for the fourth straight game. His first-inning opposite-field double came about one foot short of clearing the fence.

Texas starter Adrian Sampson allowed seven runs in four innings during his first start of the season after getting an extra day of rest following Saturday's rainout. Sampson moved into the rotation to replace Edinson Vólquez, who's on the 60-day injured list with a right elbow sprain.

Oakland took a 7-2 lead with a four-run rally in the fourth inning after Sampson retired the first two batters.

Elvis Andrus was a double shy of the cycle for his ninth multihit game this season. Andrus also had his club-record fifth steal of home plate, coming on a pickoff throw to first base by Anderson.

Rangers: RHP Shelby Miller (0-1, 9.53 ERA) was also pushed back a day after Saturday's rainout and will start the series opener at home against the Angels on Monday. Miller pitched 5 2/3 total innings in his previous two starts. He's working on seven days of rest, allowing four runs in two innings last Sunday in a 7-2 loss to the Angels.