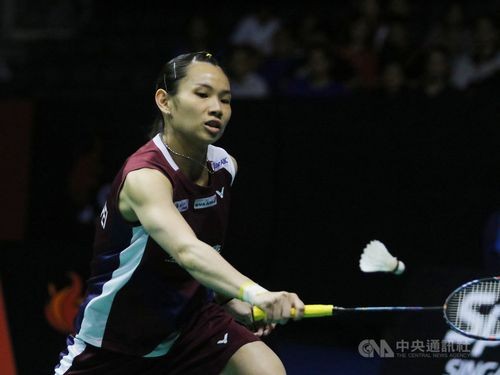 The victory marked Tai's second win of the season and will further consolidate her world No. 1 women's singles ranking.

On April 7, Tai earned her third consecutive women's singles title at the 2019 Malaysia Open, becoming the first woman to do so since 2006, when Chinese player Zhang Ning (張寧) scored a hat-trick.

Tai, who did not participate in the 2018 Singapore Open, won the women's singles title at the 2017 tournament and a silver medal at the 2010 and 2015 competitions.

Before Sunday's match, Tai and Okuhara was originally scheduled to play each other for the eighth time at the Hong Kong Open last year, but the Taiwanese player retired from the tournament with a waist injury shortly after losing to Okuhara 12-21 in the semifinals.

Tai won the women's singles finals at the 2018 Badminton Asia Championships in Wuhan, China last April to become the first player to successfully defend the title in 10 years. However, she will not participate in the 2019 tournament scheduled for April 23-28 in Wuhan.