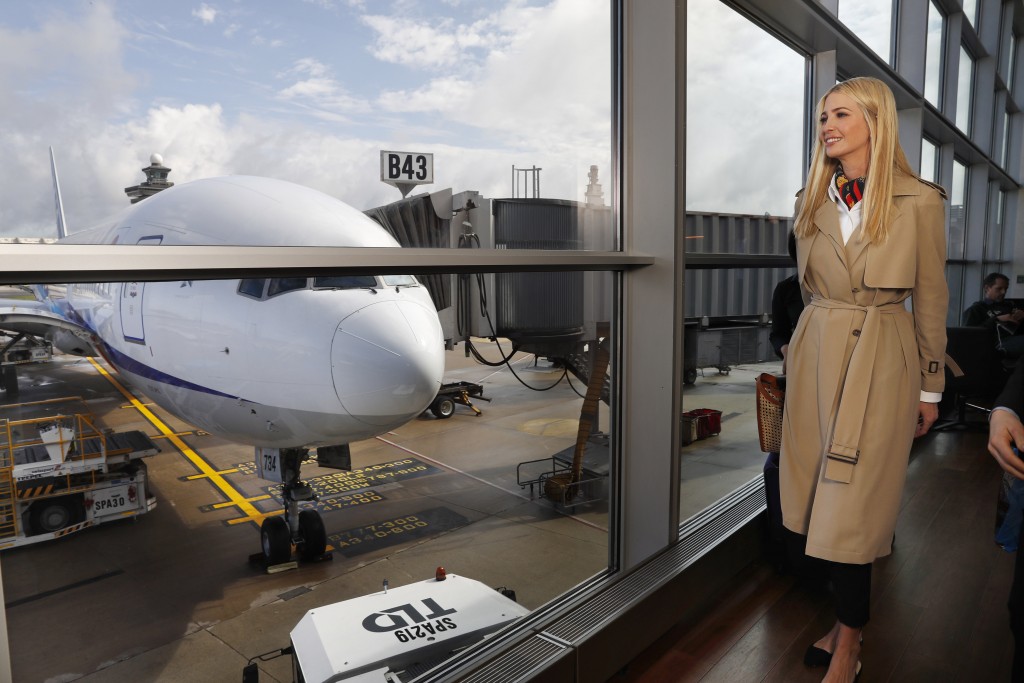 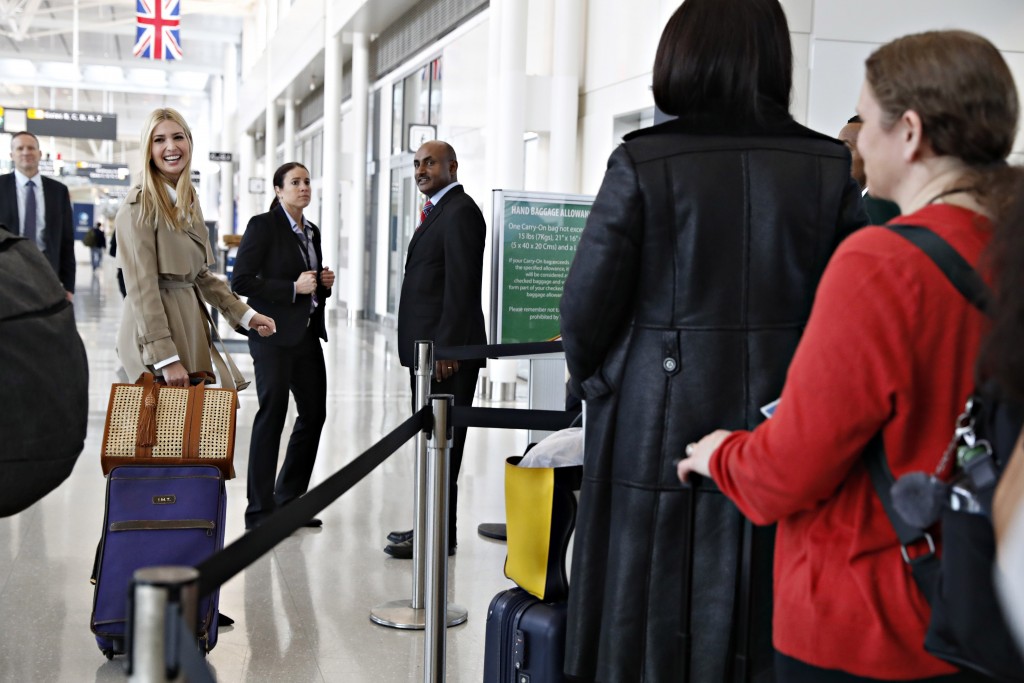 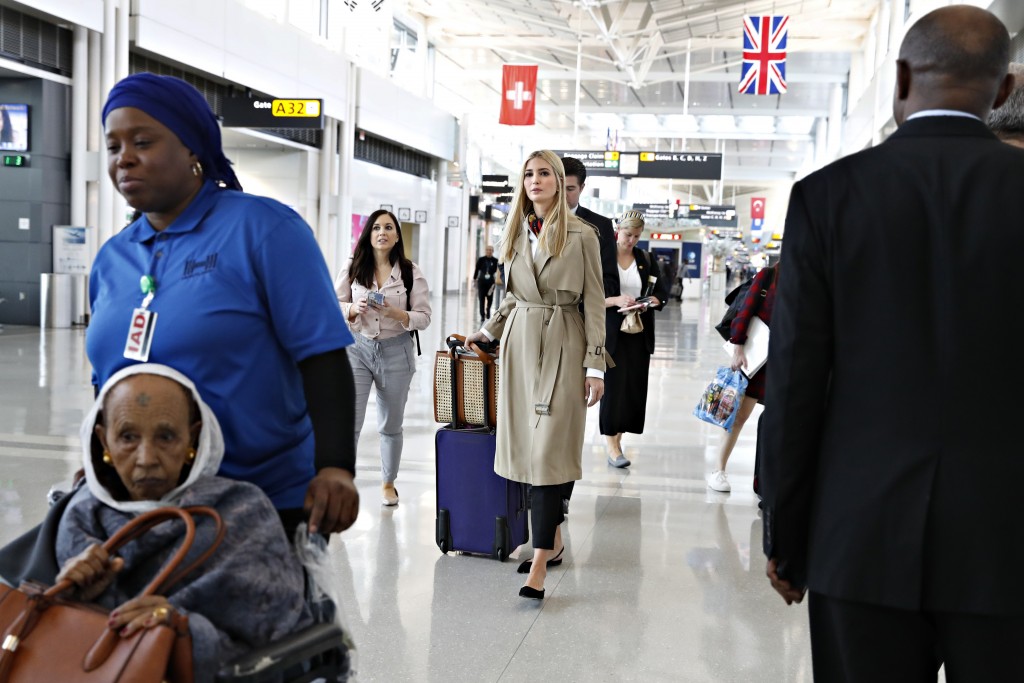 The president's daughter and senior adviser arrived in Africa on Sunday, opening a four-day swing to advocate for an initiative that aims to boost 50 million women in developing countries by 2025. Her plans include visiting with women working in the coffee industry and touring a female-run textile facility, as well as meeting with dignitaries and appearing at a World Bank policy summit.

But even thousands of miles from Washington, Trump is sure to be shadowed by her father's efforts to cut international aid, as well as his past disparaging comments about the continent. While she has drawn praise for taking on this project — and for making this trip — the contrast between her priorities and those of many others in the White House was evident.

On the continent, reactions to the visit reflected the contradictions of her role.

Activist Marakie Tesfaye, who founded a group in Ethiopia for women, welcomed the attention, saying: "I think she's coming genuinely to empower women and it's good that she's coming because she will push forward our agenda."

Ethiopian journalist Sisay Woubshet was more skeptical, citing President Donald Trump's past comments and adding: "I don't think people will have a good feeling about his daughter's visit this time around to promote her global initiative towards women."

For Ivanka Trump, those challenges come with the territory.

She has spent two years promoting a family-friendly agenda in an administration focused on hardline immigration tactics and protectionist trade policies. To questions about international aid spending, she has previously said the administration strives to be generous in a "fiscally responsible way," and has argued that investing in her project — which builds on previous White House efforts — is a way to promote security in developing countries.

During her travels, Ivanka Trump will be accompanied by Mark Green, administrator of the U.S. Agency for International Development. The textile facility they are to visit got started with funding from USAID and Overseas Private Investment Corporation, which provides loans, loan guarantees and political risk insurance, funding projects that stretch across continents and industries.

While in Ethiopia, they will be joined by OPIC Acting President David Bohigian. OPIC is set to announce a new initiative in Africa.

Ivanka Trump was also expected to announce additional support for businesses. And she was to meet with Ethiopian President Sahle-Work Zewde and Prime Minister Abiy Ahmed.

From Ethiopia, Ivanka Trump was headed to Ivory Coast, where she was to visit to a cocoa farm, as well as participate in a meeting on economic opportunities for women in West Africa. The gathering is part of the World Bank's Women Entrepreneurs Finance Initiative — a program Ivanka Trump pushed the bank to introduce. The first daughter will be joined in the Ivory Coast by a congressional delegation that will include Sen. Lindsey Graham, R-S.C., a close ally of the White House.

Ivanka Trump's trip comes not long after first lady Melania Trump did a solo tour of the continent with a focus on child well-being. Like her stepdaughter, Mrs. Trump faced many of the same questions about the priorities of the president, who was roundly criticized last year after his private comment about "s---hole countries" in Africa became public.

The Trump administration put out an Africa policy late last year that largely sought to counter what it called the "predatory" practices of China and Russia in the region. It was viewed with skepticism by some critics, coming two years into his administration and following his disparaging comments about the continent. So far, the president has made no plans to travel there himself.

The new global women's initiative involves the State Department, the National Security Council and other U.S. agencies. It aims to assist women in developing countries with job training, financial support and legal or regulatory reforms. Money for the effort will come through USAID, which initially set up a $50 million fund using dollars already budgeted. The president's 2020 budget proposal requests another $100 million for the initiative, which will also be supported by programs across the government as well as private investment.

Experts praised the governmentwide approach, which will incorporate new and existing programs, though some stressed that it was still early in the process. The investment comes as the president is proposing cuts to foreign aid, and as the administration is expanding a ban on U.S. aid to groups that promote or provide abortions.

"The part of the proposal which is around looking at laws — that is a good thing to focus on," said Charles Kenny, a senior fellow at the Center for Global Development, referencing the initiative's support for changing laws, regulations and customs that create barriers preventing women from fully participating in the workforce. But he said the abortion-related ban could have a negative economic impact, saying that "I think one of the most powerful tools for women's economic empowerment is the ability to choose when and how many children they have."

Daniel Runde, of the Center for Strategic and International Studies, said Ivanka Trump was strategically building on the work of past administrations, calling her an effective "goodwill ambassador" for the issues, and a smart emissary to send to Africa.

"Secretary (of State Hillary) Clinton provided high-level attention to these issues," said Runde, who previously worked for the USAID and is an informal adviser to the administration on development policy. "Ivanka Trump is playing a similar role to the role that Secretary Clinton played."