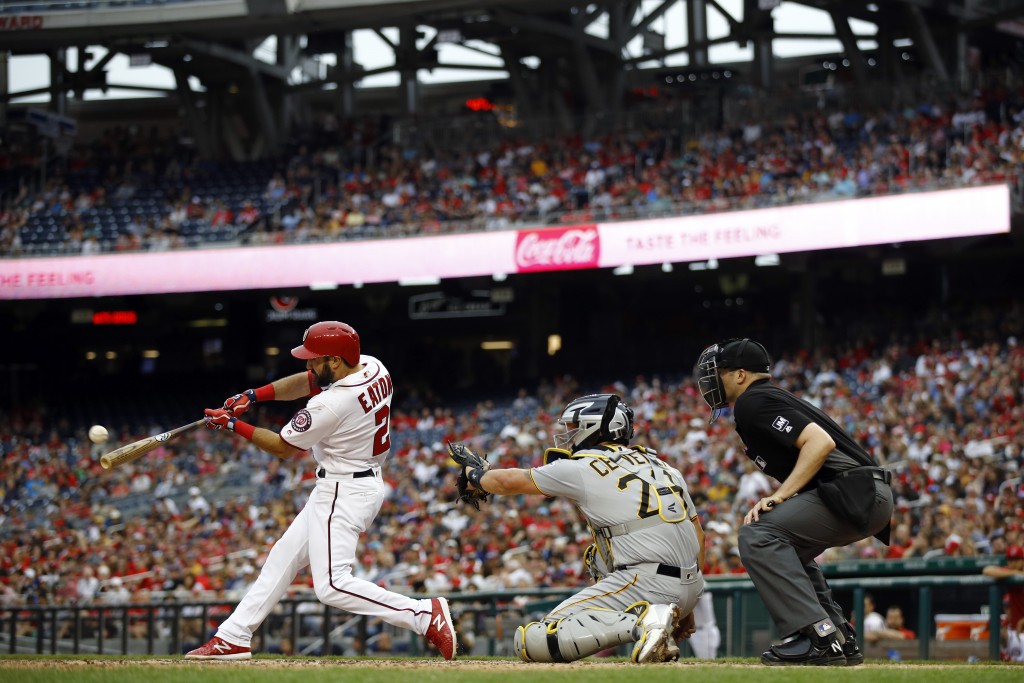 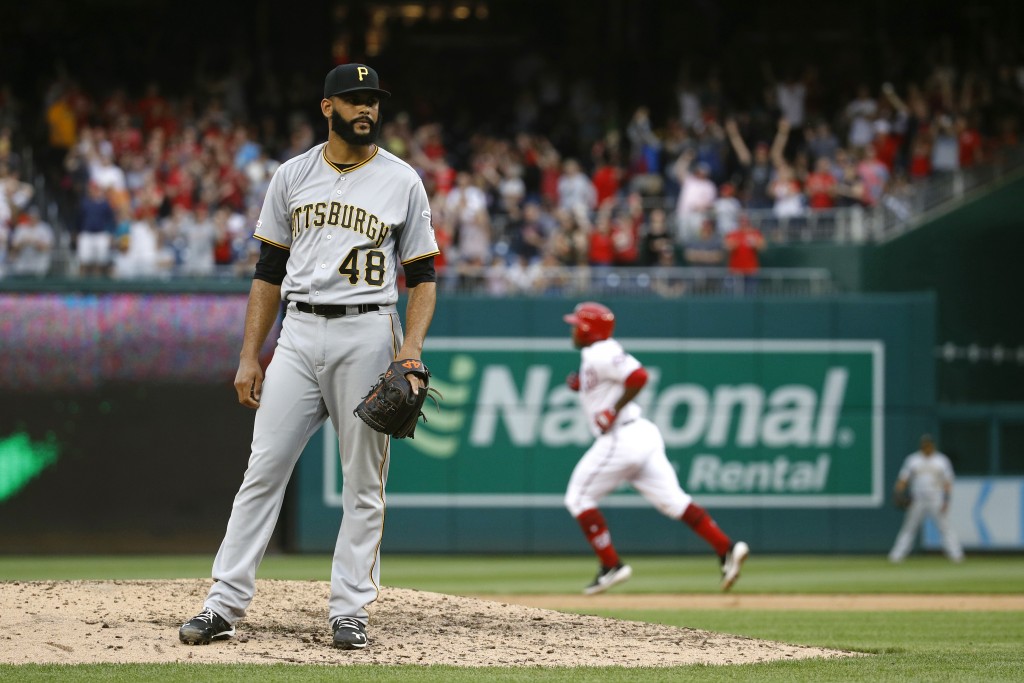 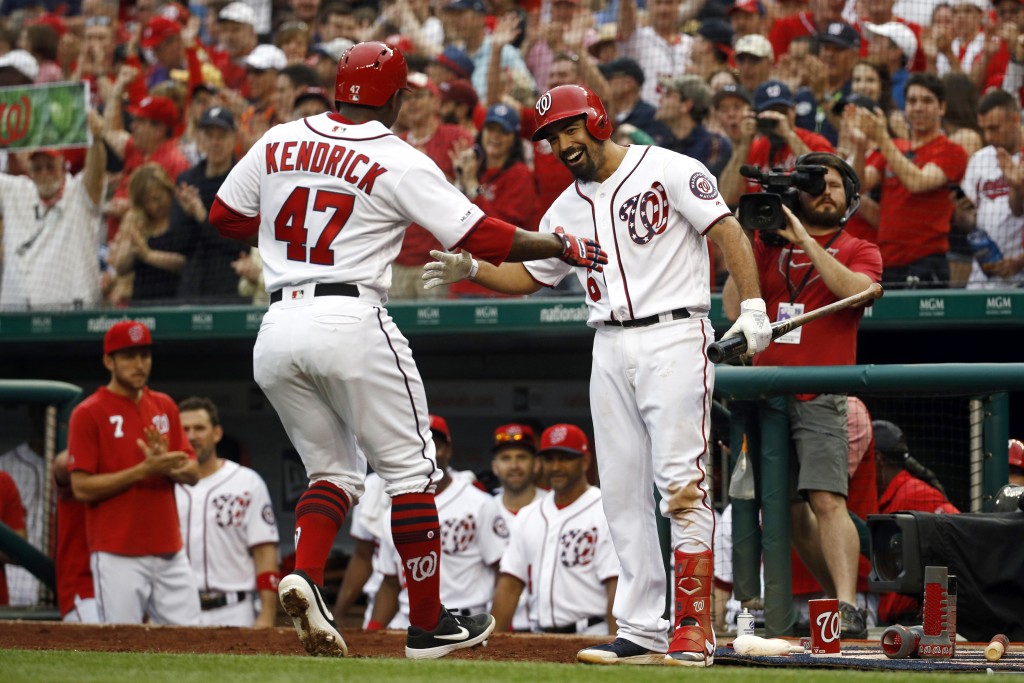 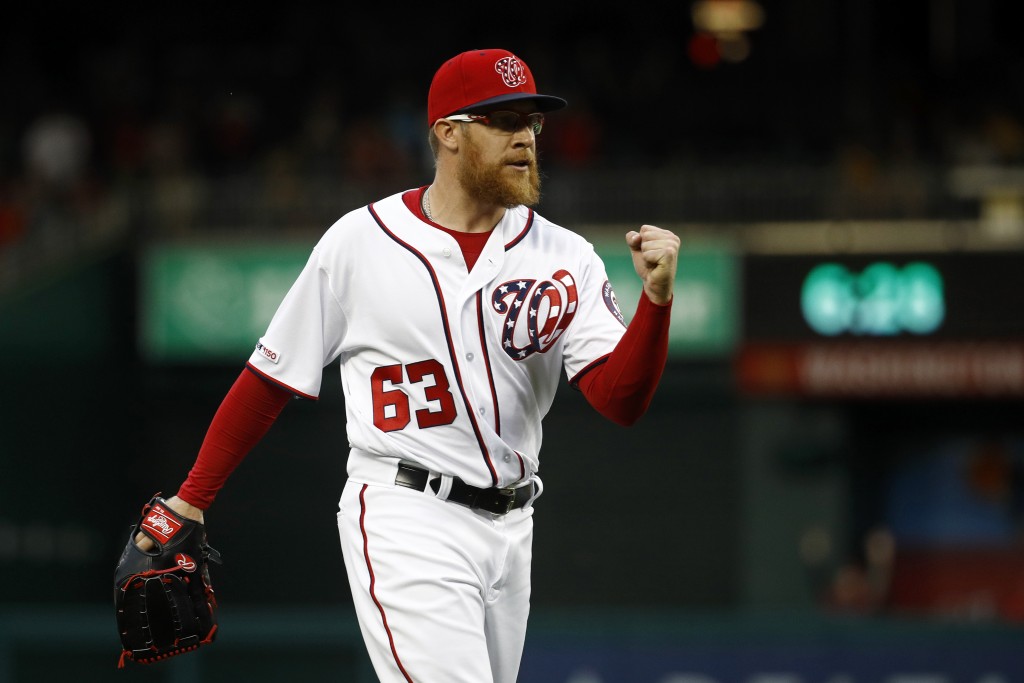 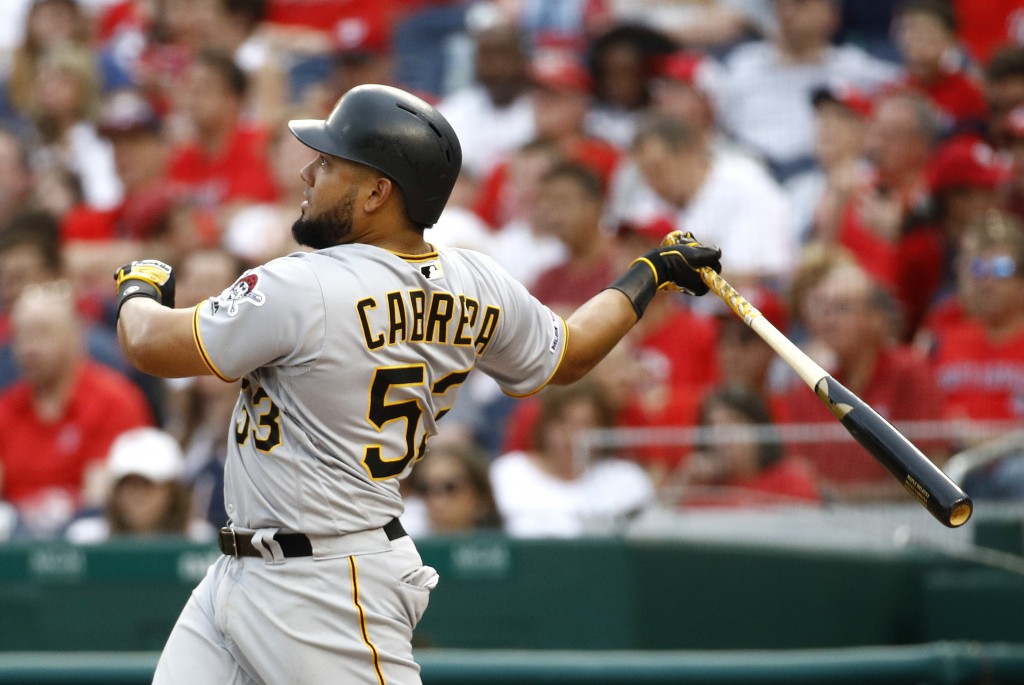 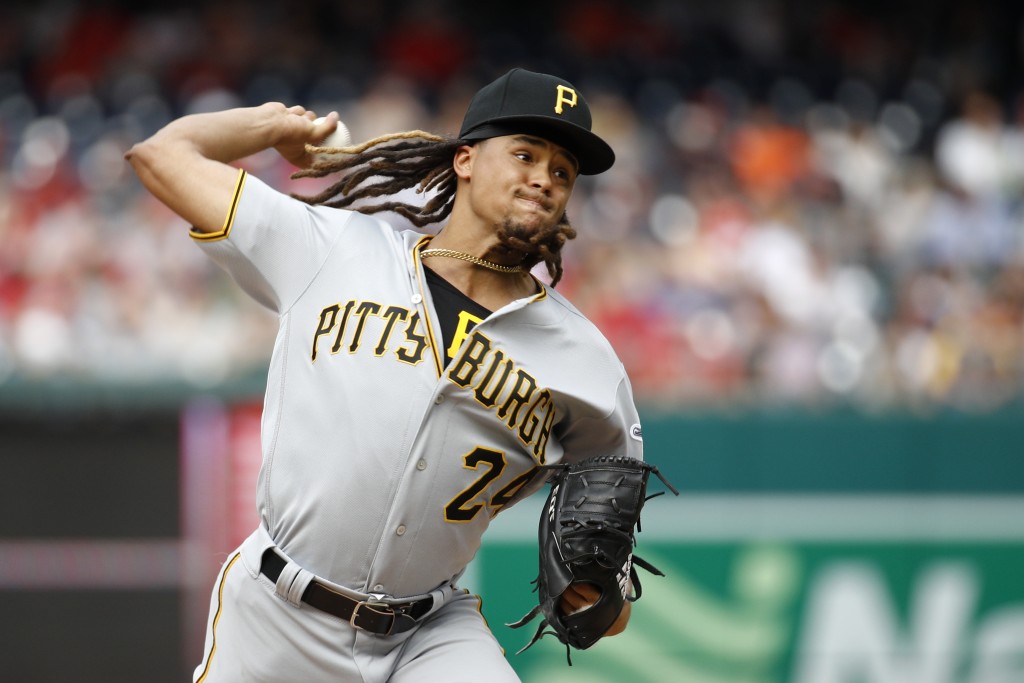 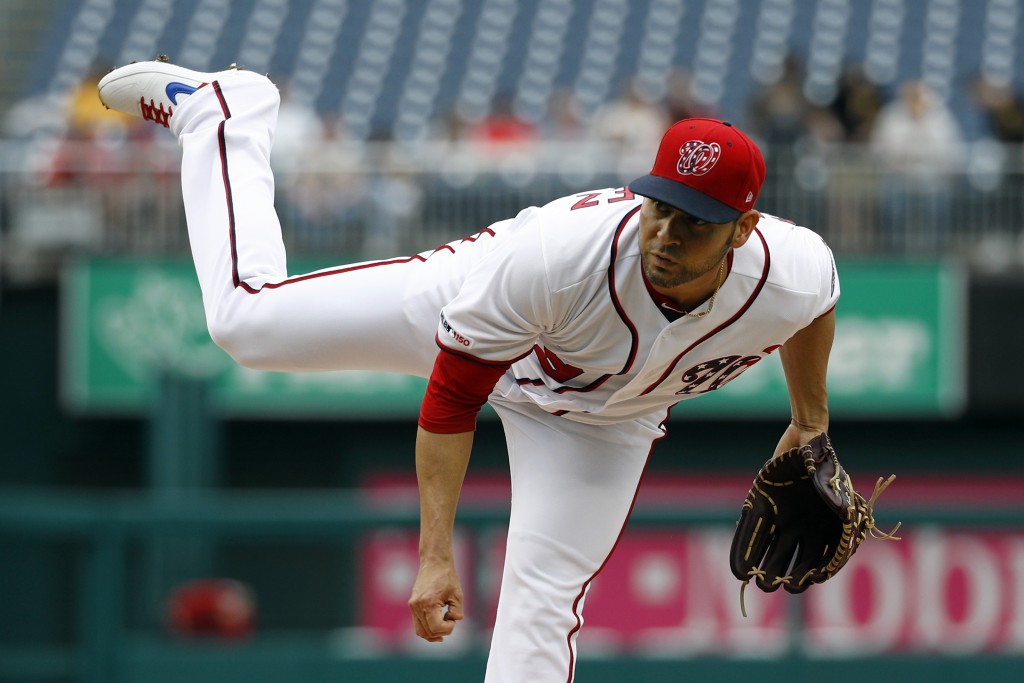 WASHINGTON (AP) — Adam Eaton and Howie Kendrick homered on consecutive pitches in the eighth inning and the Washington Nationals rallied past the Pittsburgh Pirates 3-2 on Saturday.

After Richard Rodriguez (0-1) retired the first two batters in the eighth, Eaton tied it with his first home run of the season. Kendrick then connected for his second homer.

Anthony Rendon doubled to break a Nationals record with at least one-extra base hit in 10 straight games. He had shared the mark with Ryan Zimmerman.

Eaton finished with three hits as the Nationals denied Pittsburgh its first series win in Washington since 2013. The teams finish the three-game set on Sunday.

Wander Suero (1-0) pitched a perfect eighth and Sean Doolittle escaped his own first-and-second, one-out jam for his first save.

Melky Cabrera hit his first home run of the season, tagging Anibal Sanchez to give the Pirates a 2-1 lead in the fifth.

Pirates starter Chris Archer struck out nine and allowed one run in seven innings in his third start of the season. He also singled in the seventh for his first hit of the season.

Archer pitched while appealing his five-game suspension from Major League Baseball for setting off a bench-clearing fracas at PNC Park last Sunday. He threw a fastball behind Cincinnati's Derek Dietrich, who stood and admired a long home run in his previous at-bat.

There were five ejections, but Archer wasn't tossed. He can keep playing until there's a final ruling on his appeal.

Sanchez lasted seven innings, allowing two runs off seven hits while striking out two. He has yet to win in three starts since joining Washington from Atlanta in the offseason as a free agent.

Nationals: RHP Justin Miller (lower back strain) was placed on the 10-day injured list. He pitched one inning in Friday's night loss to Pittsburgh and afterward manager Dave Martinez expressed concern about his fastball velocity. Miller has made seven appearances this season for Washington posting a 5.68 ERA. Right-hander Austen Williams was recalled from Triple-A Fresno. The 26-year old went 0-1 with a 5.59 ERA in 10 appearances out of the Washington bullpen in 2018.

Pirates: RHP Jameson Taillon (0-2, 3.00 ERA) has a 3.50 ERA in three career appearances against the Nationals. Pittsburgh's opening day starter lasted just 2.0 innings in his last appearance on Monday in Chicago.

Nationals: RHP Max Scherzer (1-2, 3.32) will make his fourth start of the season a day later than expected after dealing with right leg soreness. Scherzer is 11-10 in 32 career starts when coming off six or more days of rest.