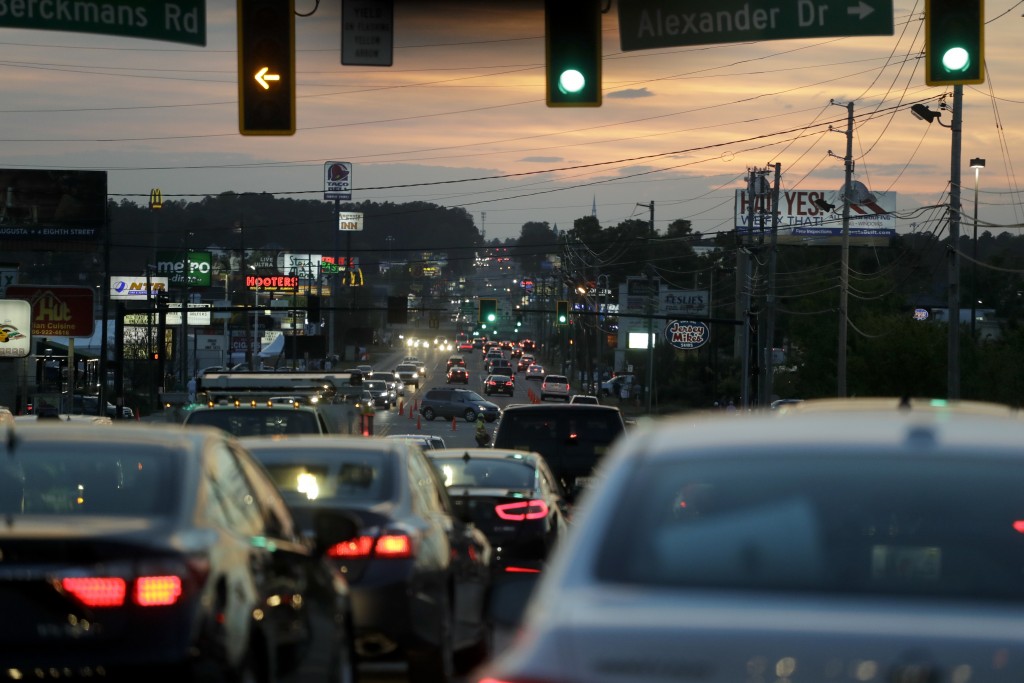 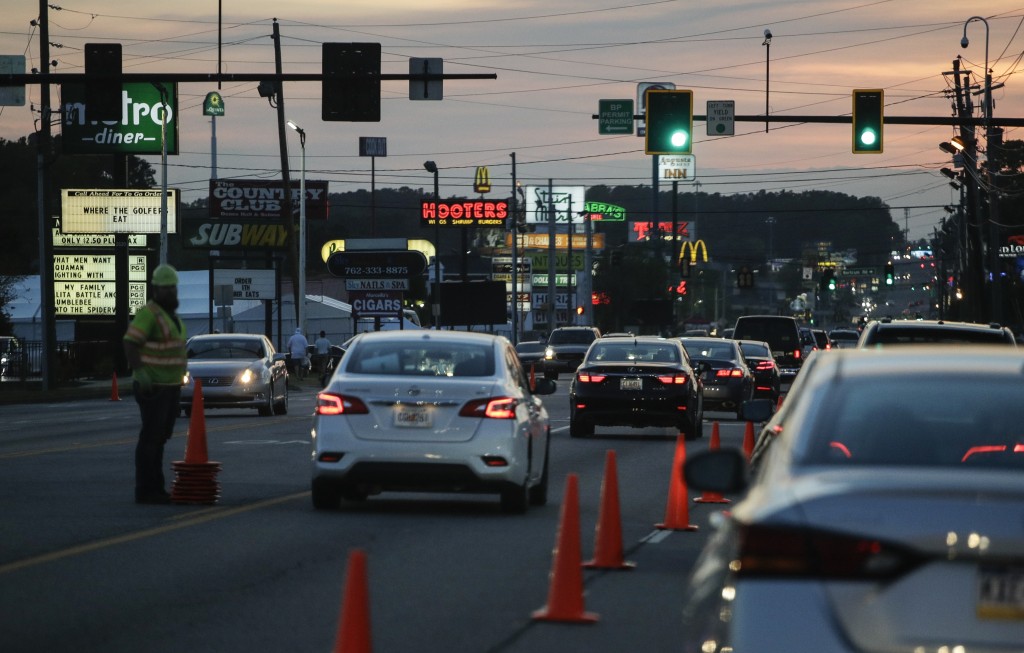 AUGUSTA, Ga. (AP) — Given the airs that Augusta National puts on for those watching at home — pristine fairways, dazzling azaleas, stately pines and polite patrons — one would think the Masters is being contested in some genteel countryside, far from the blotches of civilization.

That assessment couldn't be further from the kitschy truth.

Right outside the gates of one of the world's most exclusive golf clubs sits a hodgepodge of sprawling strips malls, fast-food joints, energy-drink hawkers, a replica stock car covered in sponsor decals and, yes, John Daly decked out in a Dallas Cowboys T-shirt and flip-flops, taking a drag on a cigarette as he signs autographs and moves merchandise in the raucous parking lot outside Hooters.

Working from his RV, Daly seems about as far away as one can get from Augusta National.

Actually, he's less than a mile from the first tee.

Another tradition unlike any other.

This is the side of Augusta that the guys in the green jackets would prefer to hide from the rest of the world. In fact, they've been busy buying up property around their cherished club. But Washington Road still maintains that distinctly American feel of urban sprawl run amok.

The five-lane highway — two lanes in each direction, plus a center turn lane that requires the skill of Mario Andretti to navigate — is packed with aggressive drivers, whose rage and need for speed is only enhanced by the bumper-to-bumper gridlock that prevails from early in the morning to well into the night during Masters week. Sidewalks are a hit-and-miss affair. For those trekking along Washington Road on foot, it's more like a treacherous hike across matted-down grass and makeshift trails created by all that foot traffic.

Jaywalking is only for the bravest of patrons. It doesn't feel all that safe to navigate this asphalt jungle from the supposed haven of a crosswalk. Augusta National is planning to build a massive tunnel underneath Washington Road, which will surely extend the lifespan of those making the trek on foot.

"Washington Road is not geared for pedestrians," said Frank Mosley, who ran a florist shop right across the street from Augusta National for decades. "It's made for cars going fast."

Years ago, Mosley remembers traffic coming to a halt for President Eisenhower's motorcade, which was ferrying him to Augusta National to play a few rounds. Mosley still has a note from first lady Mamie Eisenhower thanking him for making her a corsage. He reminisced about Tom Watson stopping in along with his wife to order a floral arrangement.

Approaching his 80th birthday, Mosley decided to shut down his flower shop a few months ago. He's talked with Augusta National officials about buying it, but they told him it wasn't on their radar at the moment. So there he was Saturday, holding up a hand-written sign along Washington Road to advertise parking for the rather reasonable price of $20 a car. Before the leaders had even teed off, he'd filled his 25 available spaces — and even picked up a pair of Sunday tickets from his next-to-last customer, who said he wasn't returning for the final round.

This will be the first time Mosley has attended the tournament in at least a decade.

"I've never had the time," he said. "These people are our guests. We should treat them like that. So we give them a place to park."

Too bad Mosley closed his florist shop. It certainly added a tad bit of sophistication to a stretch of highway mainly known as a source of heartburn and future angioplasties.

While Washington Road is in the address for one of Augusta's better-known restaurants, Tbonz Steakhouse, you're more likely to wind up at Arby's (offering "Kings Hawaiian Sandwiches" for a limited time) or Wendy's (where the "Biggie Bag with Bacon Double Stack" goes for a mere five bucks) or the Curry Hut (for alleged Indian food) or Waffle House (for scattered and smothered, with two locations conveniently located just a few hundred yards apart on each side of the I-20 interchange).

And, of course, there's Hooters and its favorite son.

Daly hasn't played the Masters since 2006, but he's become a fixture at the Washington Road eatery known mainly for its scantily clad waitresses and double-entendre name.

The two-time major champion, whose best finish at the Masters was a tie for third in 1993, sells gaudy T-shirts and camouflage hats, ball markers and pin flags, not to mention head covers and license plates and his own music CDs — pretty much anything that brings in a buck for a golfer well known for his personal foibles and financial missteps.

Daly is an appropriate symbol of the class-is-overrated philosophy that prevails along Washington Road, the perfect counterbalance to the staid guardians of the game who hold court behind the heavily guarded gates of Augusta National.

But he's quick to point out that this is a one-week-a-year phenomenon.

"It's unbelievable this week," Daly said, before cocking his head and adding with a knowing smile, "But if you come through here two weeks from now, it's going to be a little desolate. It just goes to show you what the Masters means to this community."

And to Washington Road, especially.

For one week a year, urban sprawl gets a chance to shine in all its tacky glory.