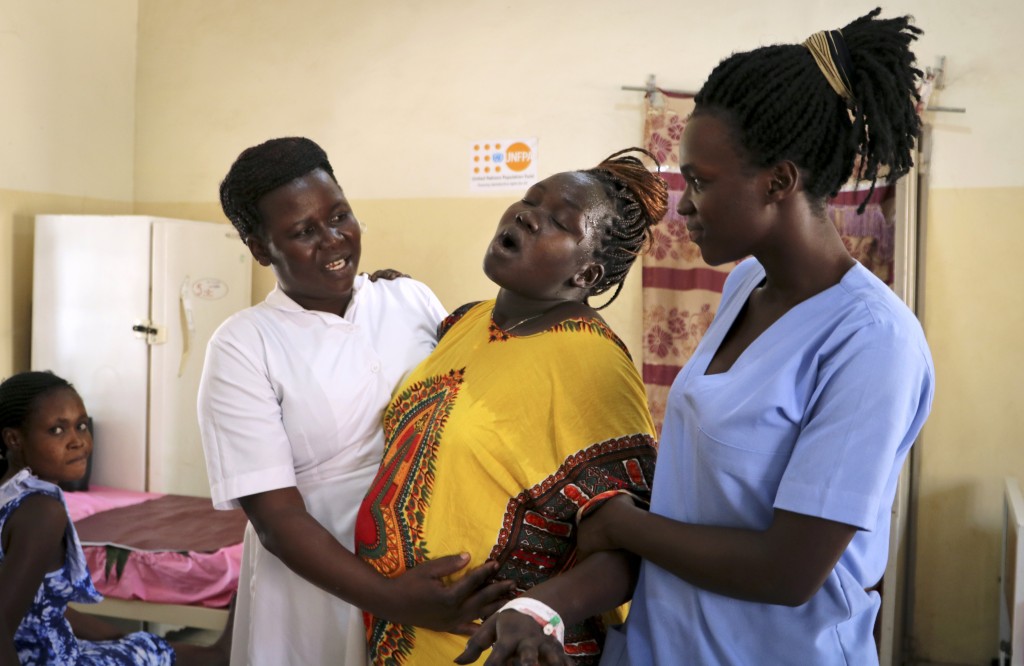 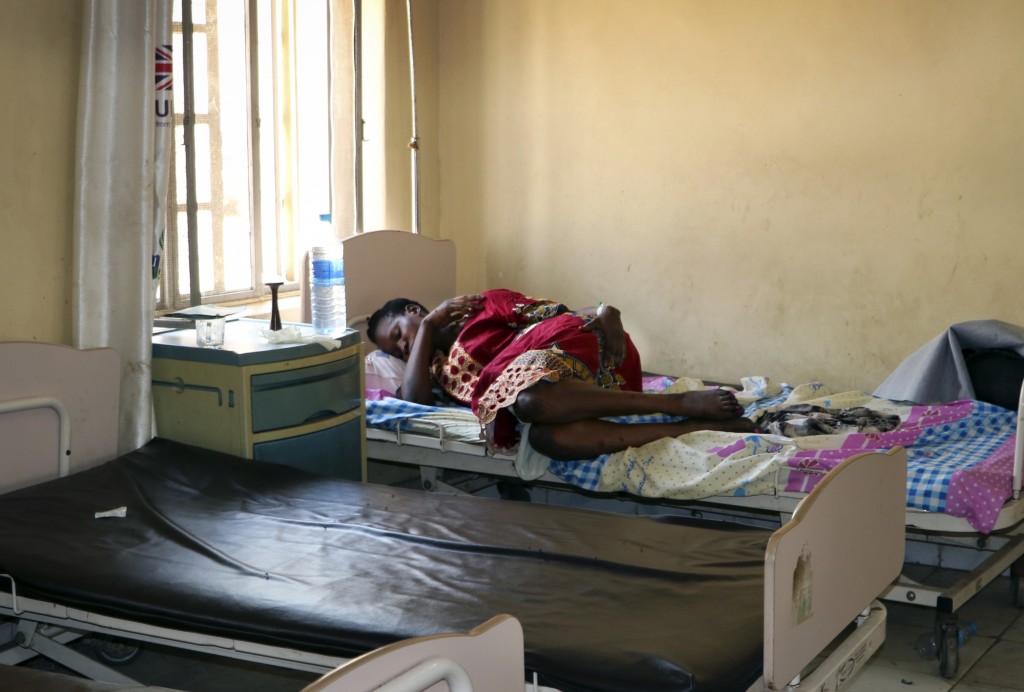 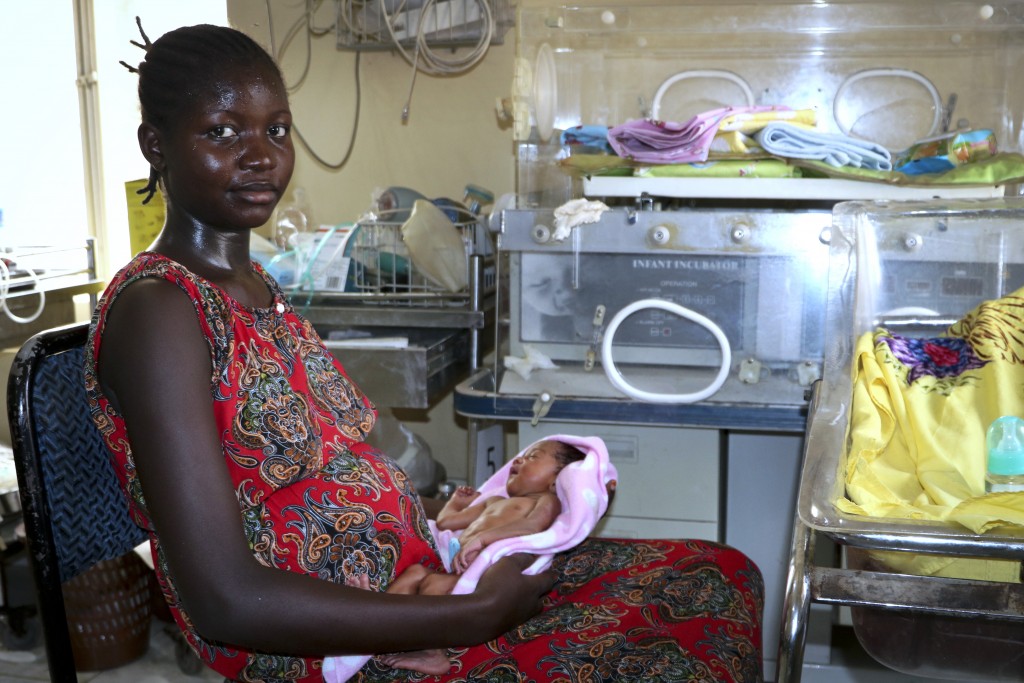 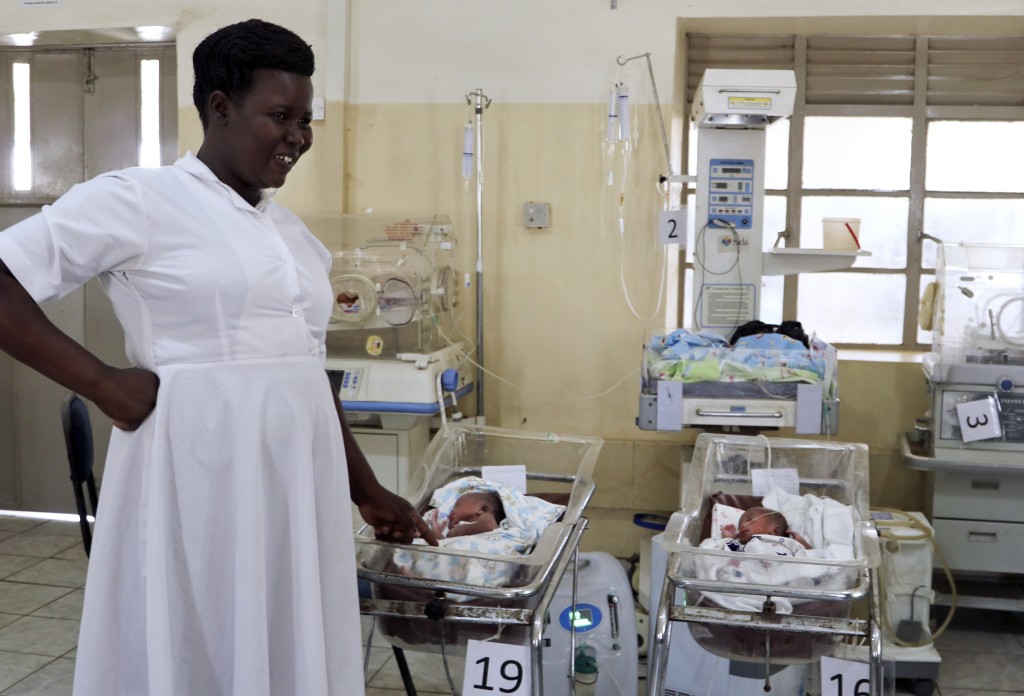 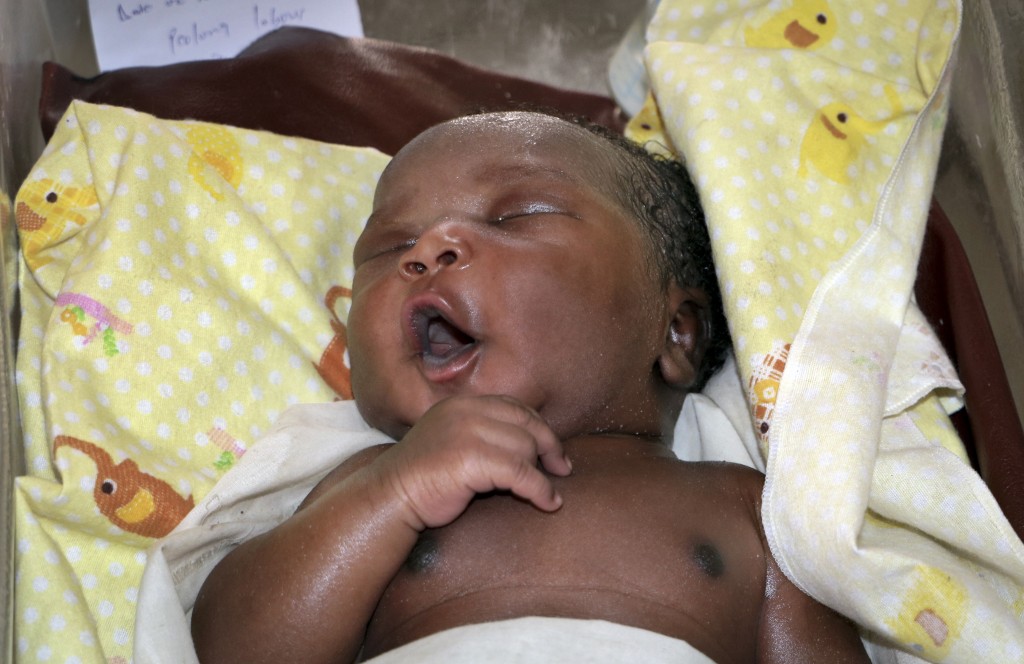 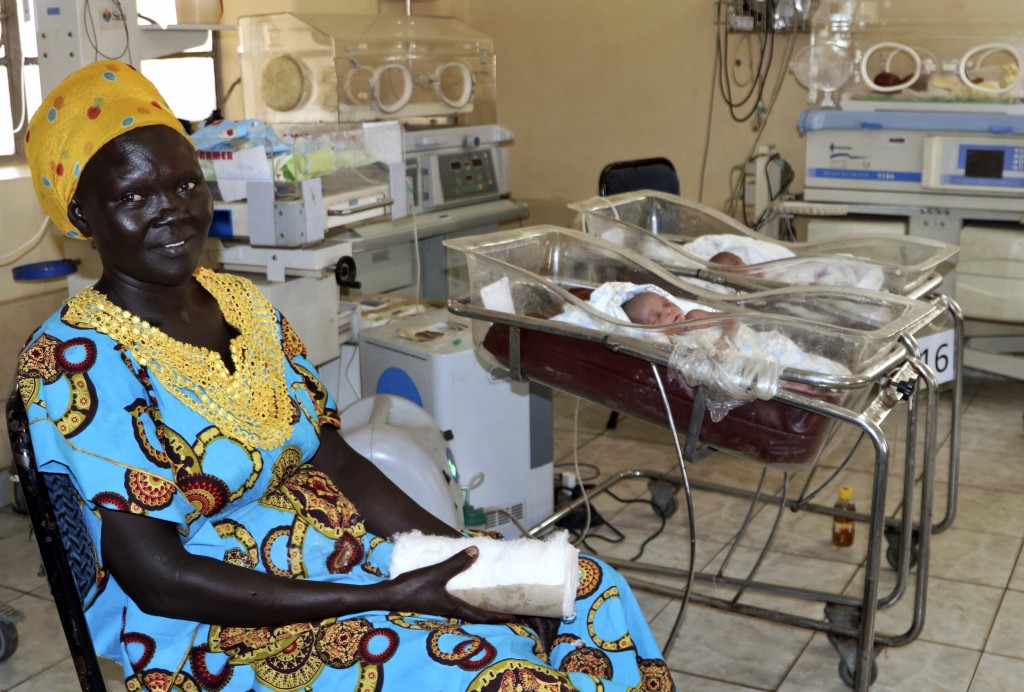 JUBA, South Sudan (AP) — Seated in a stifling hallway in South Sudan's main hospital, the midwife recounted the day she watched a young mother bleed to death after giving birth.

"She died while holding my hand," said Aber Evaline, hanging her head. Her patient was one of more than 40 women who died in Juba's Teaching Hospital in 2016 in a country with one of the highest maternal mortality rates in the world.

For every 100,000 live births in South Sudan an estimated 789 mothers die, according to 2015 statistics from the United Nations and the World Bank. Recently, however, despite a civil war that killed almost 400,000 people, South Sudan's maternal health has shown improvement. By last year deaths in Juba's Teaching Hospital, regarded as the best in the country, had dropped to 21, said Evaline, one of four midwives there.

The decline is attributed to a concerted effort by South Sudan's government and partners that began before the civil war erupted in 2013. It has dramatically increased the number of trained midwives from less than 10 when the program started seven years ago to more than 700 today. The project provides scholarships, training and other support for clinics and schools across the country of some 12 million people.

The initiative has made "sexual and reproductive health and rights closer to reality for the women of South Sudan," Mary Otieno, the United Nations Population Fund's country chief, told The Associated Press.

The effects are seen outside the capital as well. For three consecutive years clinics serving the displaced persons' site in Mingkaman registered zero maternal deaths, while the clinic in the U.N.'s civilian protection site in Wau has had zero deaths since it opened in 2016, the U.N. fund said.

Immense challenges remain. While 15% of the government's budget is meant to be allocated for overall health care, less than 2% is being received, said Felix Lado Johnson, the minister of health for the capital, Juba.

Zeitun Abdallah, head midwife at Juba's Teaching Hospital, said she has not been paid since November.

Compounding the problem is the health care system itself, which already was weak before the civil war.

About 40% of health care facilities remain functional, according to the U.N., and the clinics that do work are poorly equipped.

Juba's Teaching Hospital has 13 beds in its delivery ward yet about 25 women give birth there daily, according to staff. Mothers and newborns who are meant to be monitored for 24 to 48 hours after birth are discharged after two hours due to a lack of space, staffers said.

At least five babies have died in the past three years from being sent home before they were well enough to leave, according to the hospital's midwives.

Electricity at the hospital is limited. When the AP visited earlier this month, it had not had power in a week due to broken generators and not enough money to fuel the ones that worked. The only ward with consistent power is the one for premature babies, where solar panels provide electricity for the machines that supply oxygen.

The United Nations Population Fund has appealed for more than $18 million for South Sudan, estimating that 42,000 pregnant women will endure complications during childbirth this year.

As South Sudan faces the next phase of a fragile peace deal signed in September, female leaders are calling for women's health to be a central issue for the country.

"In this day and age, for you to be producing babies to die and for mothers to die in birth, it's not acceptable," Angelina Teny, wife of opposition leader and incoming vice president Riek Machar, told the AP. It is detrimental not only to the women but to the nation, she said.

Cradling her 3-day-old baby girl, Sonia Joyce said she kept her midwife close when giving birth in Juba's Teaching Hospital last month because she was scared she might die.

"I named her that because she disturbed me a lot," she said but looked lovingly at the child in her arms.