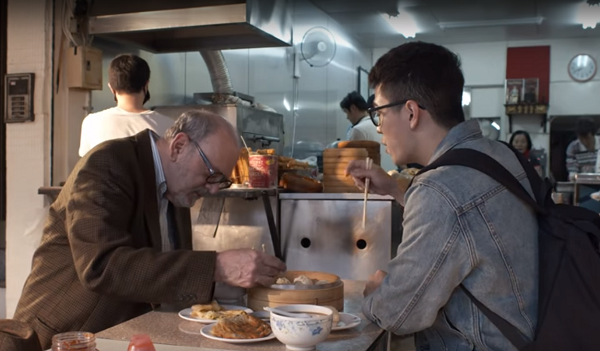 TAIPEI (Taiwan News) – In honor of the 40th anniversary of the Taiwan Relations Act, the Ministry of Foreign Affairs has been hosting various events under the theme of “TRA @40: An Enduring Partnership.”

As part of the campaign to highlight the importance of Taiwan and U.S. relations, MOFA has organized several events and event produced a short film on the topic, entitled simply “40” (四十).

The short film, just five and a half minutes, was uploaded online on Wednesday, April 10, the date that the Taiwan Relations Act was signed into law in 1979 by the Carter Administration.

The film gives the audience a glimpse of an aging professor, who is visiting Taiwan to meet an old friend in the current year.

In what is meant to be touching portrayal of the how much Taiwan has changed over the past forty years, a young Taiwanese man greets the professor and shows him around Taipei, giving the audience a view of the city, and modern Taiwan.

At the beginning and ending of the film, the professor is explaining the history of the TRA to his American students at university. The film offers a glimpse of Taiwan to emphasize that the TRA is more than just a simple footnote in history.

The film produced by MOFA conveys the message that the TRA represents an alliance of two freedom loving societies. The short film can be viewed below.