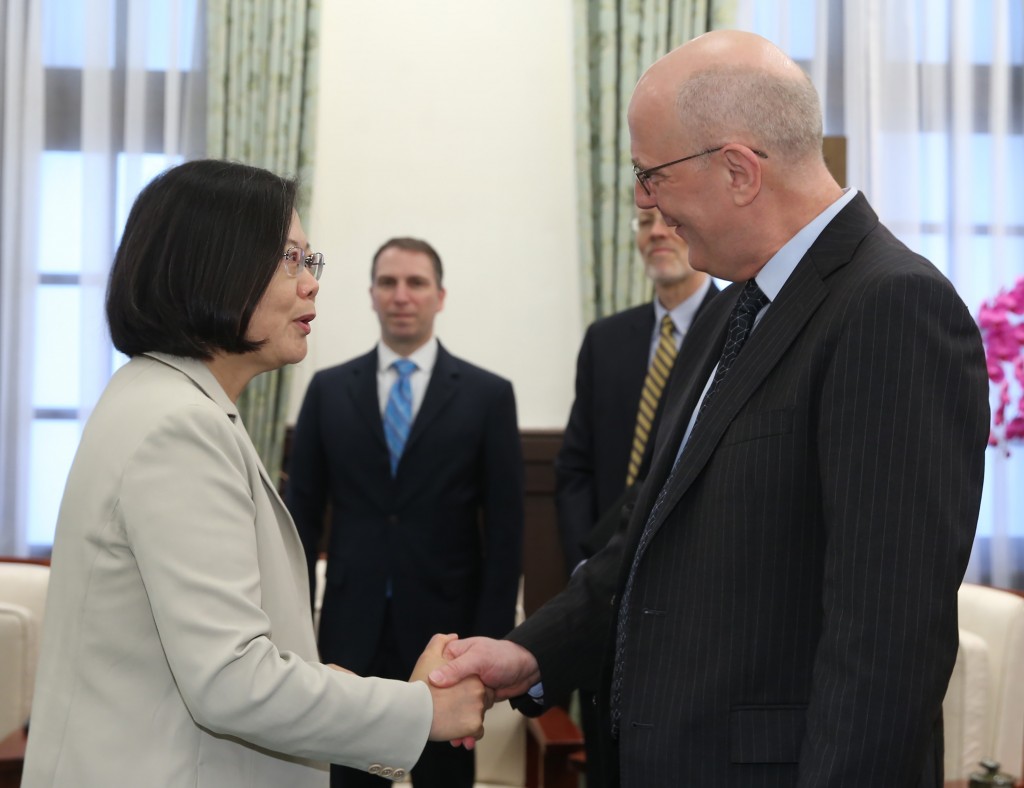 During a meeting with David Meale, a visiting U.S. State Department deputy assistant secretary, Tsai said such deal would further deepen the close relationship between the two nations.

“The signing of a bilateral trade agreement (BTA) has long been a priority for us,” Tsai told the U.S. official. “A BTA will render our economic, trade, and investment relations closer and even more robust,.”

“Bilateral trade grew by 11 percent to exceed US$76 billion last year," said Tsai. "That’s more trade than the U.S. does with Brazil or Australia.”

The President added that Taiwan is also willing to explore potential cooperation with the United States in promoting prosperity and development of the Indo-Pacific region.

Lauding the development of Taiwan’s technology industry as important for the global supply chain, Meale said the U.S. will continue to work with Taiwan to build technologies for the future based on mutual “economic relations” and “trust”.

Meale reiterated the U.S. commitment to Taiwan, emphasizing that there is still much room for progress in terms of bilateral economic ties.