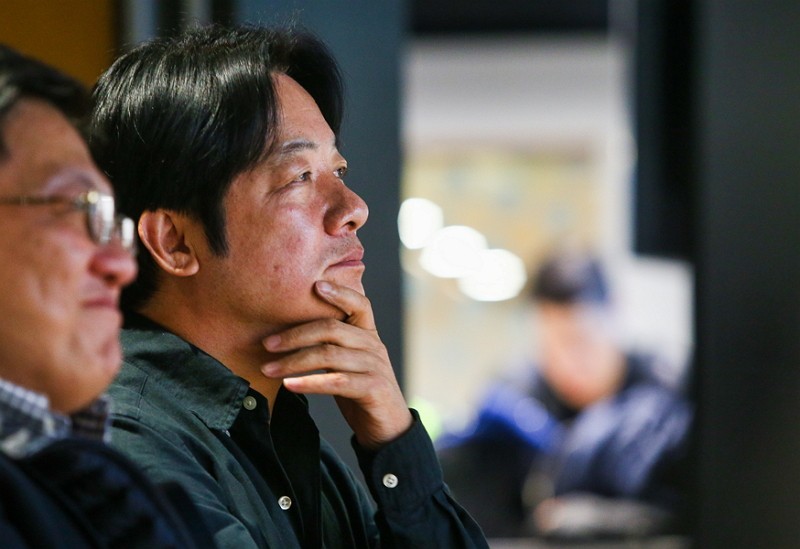 The decision by the Democratic Progressive Party (DPP) to postpone the party’s presidential primaries by at least a month and probably more is the political equivalent of shooting itself in the foot.

Dragging out the process of choosing the party’s next presidential candidate is only causing more damage to the party, both candidates, and potentially Taiwan’s democratic system as a whole.

The DPP was founded to bring democracy to Taiwan and features the word ‘democratic’ prominently in its name. Yet, as we noted earlier this week, the process by which it selects its own presidential candidate is anything but democratic.

The process roughly translates as ‘under-the-table deal’, hardly a term that inspires confidence. Indeed, it would actually be illegal under the country’s Presidential and Vice-Presidential Election and Recall Act for such a method to be used to remove a formal presidential candidate.

We have long called for the DPP to conduct a free, fair, and open primary process as would be expected from a democratic party in a democratic country. But by choosing to postpone primaries altogether, the DPP is adding fuel to accusations that their own nomination process is anything but democratic.

It is pretty clear what the logic behind the DPP's decision is. The decision of William Lai (賴淸德) to run for the nomination has put current President Tsai Ing-wen (蔡英文) in a difficult position. As the current President, she would normally expect to get a free run at securing a second term of office.

The catastrophic performance of the DPP at the nine-in-one elections last November changed everything. The party lost by a huge margin, and while there were many factors in these results, few would argue that Tsai herself was, at least partly culpable.

Her polling has been low for much of her time in office and her decision to resign as chairperson of the party shows that no-one was more aware of this fact than Tsai herself.

In the wake of those results, the dilemma that the DPP faced was whether Tsai was capable of garnering more votes. Could she beat the KMT in the presidential showdown?

Without knowing who the KMT candidate will be, it is impossible to make an educated guess as to the answer, but there was clearly enough doubt in William Lai’s mind, and indeed those party officials around him, for Lai to make the difficult decision to put himself forward.

It was the right decision to make. The party has to put forward a candidate with the best chance of winning the Presidential election. Tsai obviously has a chance, but recent evidence suggests she will face an uphill battle.

Lai on the other hand has retained a good popularity rating from his short stint as Premier. He has managed to avoid the bulk of the blame for the nine-in-one election results and is still held in fairly high regard for his time as Mayor of Tainan.

He is also seen as being a much stronger advocate of Taiwanese independence. This will attract many DPP supporters who are disillusioned that President Tsai hasn’t achieved more on this front, although the reality is that Lai is unlikely to move far from the path that Tsai has been following.

Both candidates have their good qualities and their flaws. Both will be attractive to some parts of the electorate and be a turn-off for others. But most importantly, in democratic Taiwan, both deserve the opportunity to make their case in a free and open way.

Dragging the DPP primary process on doesn’t do either candidate any favors. It is dragging the reputation of the party through the mud and ultimately that will hurt the presidential ambitions of both Lai and Tsai.

The assumption is that those around President Tsai hope that by postponing the primary they can persuade Lai to step down as a candidate. If they succeed in that aim, they will do Tsai’s hopes of winning the election a great deal of harm.

DPP supporters expect their party to uphold the principals of democracy. If they fail to do that, and instead concoct some dirty, ‘under the table’ deal, much of their faith in the current leadership will be extinguished. That will inevitably then open the way for a KMT presidential victory and therefore threaten that very democracy and sovereignty that Taiwan has fought so hard for.

The DPP primary race isn’t about either Tsai Ing-wen or William Lai. It is about the future of Taiwan and the DPP party and in the best interests of both, it is essential that the party conducts a free, open, and fast process which selects the right candidate for the job.

Whoever that may be.