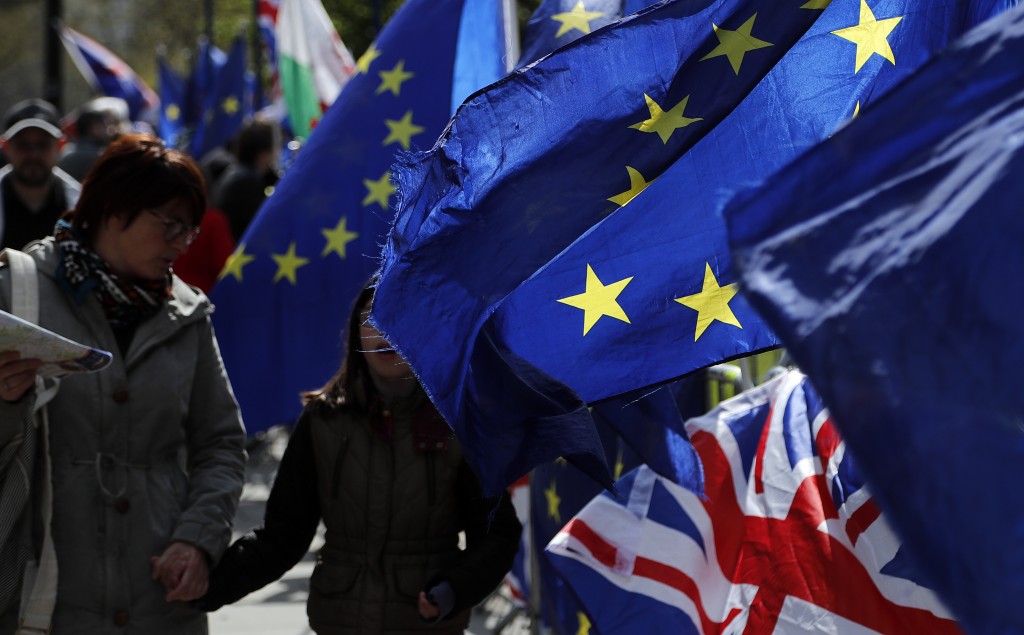 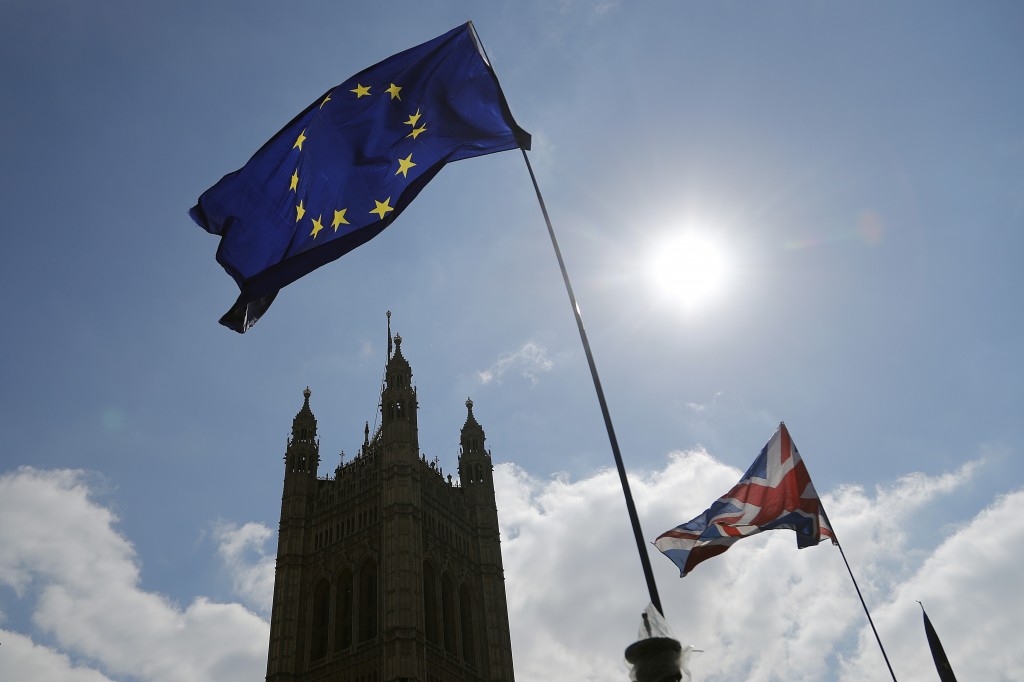 LONDON (AP) — Following the decision early Thursday by the European Union to delay the U.K.'s departure for a second time, not much is clear about Brexit bar the certainty that the divisions in British society and in Parliament will remain.

Few think that's going to be likely after Prime Minister Theresa May saw the deal she agreed with the EU voted down by lawmakers on three occasions this year.

The extension at least provides more time for May to break the logjam, though it could easily just prolong the national agony. European Council President Donald Tusk acknowledged as much when he delivered a message to Britain: "Please do not waste this time."

A look at what could happen next:

For two years, May pledged that Britain would leave the EU on March 29, 2019. But this is the second time she has been forced to agree to a delay.

The prime minister addressed the House of Commons Thursday afternoon and urged members to use the upcoming Easter break to "reflect on the decisions that will have to be made" in search of compromise.

May stressed that Britain can still leave the EU without taking part in the European Parliament elections if lawmakers approve her deal by May 22.

May has in recent months failed to sway many hard-line Brexiteers in her party partly because of deep opposition to provision in the withdrawal agreement about making sure the border between EU member Ireland and Northern Ireland, which is part of the United Kingdom, remains seamless.

It remains to be seen whether her pleas win anyone over. Many of them find the prospect of Britain participating in the European elections unpalatable, given that it will be almost three years since Britain voted to leave the EU.

Having failed to win enough support from her own Conservative Party, May last week began negotiations with the opposition Labour Party.

Labour favors a softer Brexit than the government's plan and is seeking a close economic relationship with the bloc through a customs union. That's anathema to many Conservatives, who say it would prevent Britain from striking its own trade deals with countries like the United States, China and India.

Several days of talks have failed to produce a breakthrough. Labour leader Jeremy Corbyn says the government hasn't been willing to compromise on its "red lines."

Still, the negotiations are set to continue.

If the talks fail, May says she will let Parliament vote on a variety of Brexit alternatives, including the government's proposed deal, in hope something can command a majority.

A so-called "soft Brexit" might get through Parliament and would be welcomed by the EU, allowing Britain an orderly departure before Oct. 31.

But it could also blast open rifts within both the Conservative and Labour parties. Pro-Brexit government ministers could resign, increasing pressure on May to quit. The prime minister has already said she will resign if her Brexit deal is approved and Britain leaves the EU, but rivals are circling.

Corbyn, meanwhile, would face rebellion from the large number of Labour lawmakers who want a new referendum on Britain's departure from the EU.

The pressure on May is increasing, with hard-line Brexit supporters criticizing the prime minister for twice begging the EU to delay Britain's departure and many mainstream Conservatives suggesting she has failed to build consensus.

If May were to resign, the Conservative Party would elect a new leader who would become prime minister. Front-runners include Foreign Secretary Jeremy Hunt and his predecessor Boris Johnson, Environment Secretary Michael Gove and former Brexit Secretary Dominic Raab.

Labour is pushing for a general election that could bring it to power for the first time since 2010.

Conservatives hope to avoid such an outcome amid fears the Brexit stalemate will lead to an electoral wipeout that would open the door for what they see as Corbyn's damaging left-wing policies.

As it stands, the next Brexit cliff-edge is Oct. 31.

Most politicians, economists and business groups think leaving the world's largest trading bloc without an agreement would be damaging for the EU but disastrous for the U.K. It could lead to tariffs on trade between Britain and the EU, customs checks that could cause gridlock at ports and shortages of essential goods.

Many pro-Brexit lawmakers dismiss such warnings and say Britain should be prepared to leave without a deal and then wring concessions from the EU. But Parliament has voted repeatedly to rule out "no-deal," and even passed a law that forces the government to ask for delay rather than crash out.

But a 'no-deal' Brexit is still the legal default and could happen if lawmakers fail to reach a compromise and the EU refuses to grant another extension. If that happens the only way to stop Britain crashing out would be for the government to choose the "nuclear option" and revoke the decision to leave.

Among pro-EU Britons, there are rising hopes that Brexit can be stopped.

With one Brexit day gone and another following, the government has lost control of the timetable.

Support is growing for the idea that any Brexit deal agreed by Parliament should be put to the public in a "confirmatory referendum," with the other option being to stay in the EU. The proposal is backed by many in Labour and other opposition parties, plus some of May's Conservatives.

The government has ruled out holding another referendum, saying voters made their decision in 2016. But with divisions in both Parliament and the Cabinet, handing the decision back to the people could be seen as the only way forward.