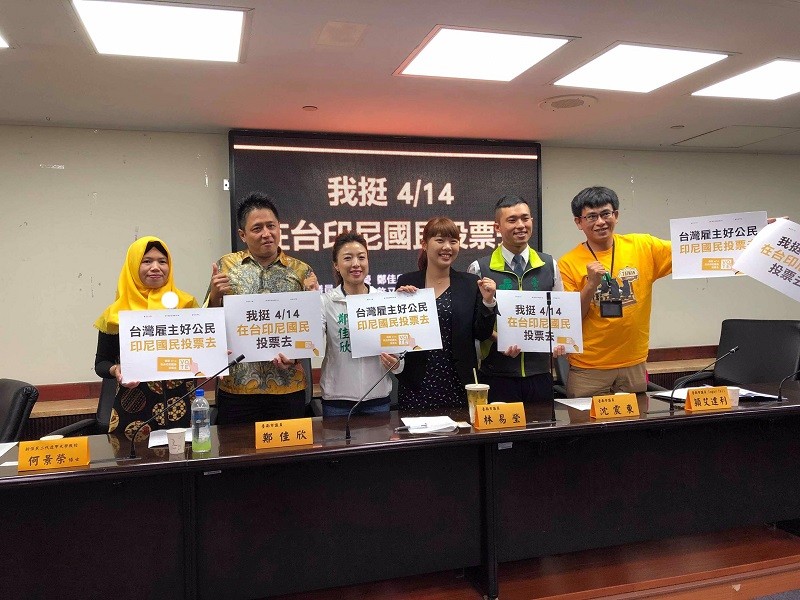 TAIPEI (Taiwan News) – Several Tainan city councilors held a press conference on Tuesday (April 9) urging Taiwan employers to let their Indonesian workers have the day off on April 14 off so they can cast their ballots to elect a president and members of the country’s legislative branch, the People's Representative Council (DPR), Central News Agency (CNA) reported on Tuesday.

Indonesian workers in Taiwan have done the country a great service. Their democratic rights should not be compromised because of where they work, Lin said.

Democratic Progressive Party’s Shen Zhen-dong (沈震東) said Taiwan should support Indonesian workers and he hoped employers would allow their Indonesia workers to take April 14 off to vote. If employers cannot do so for some reason, they should provide employees with time off to cast their ballots, he added.

As absentee voting is part of Indonesia’s political system, the Indonesian Economic and Trade Office to Taipei has issued a document to Taiwanese employers, urging them to give their Indonesian workers time off on April 14 to vote at one of 34 polling stations across Taiwan, Lin said.