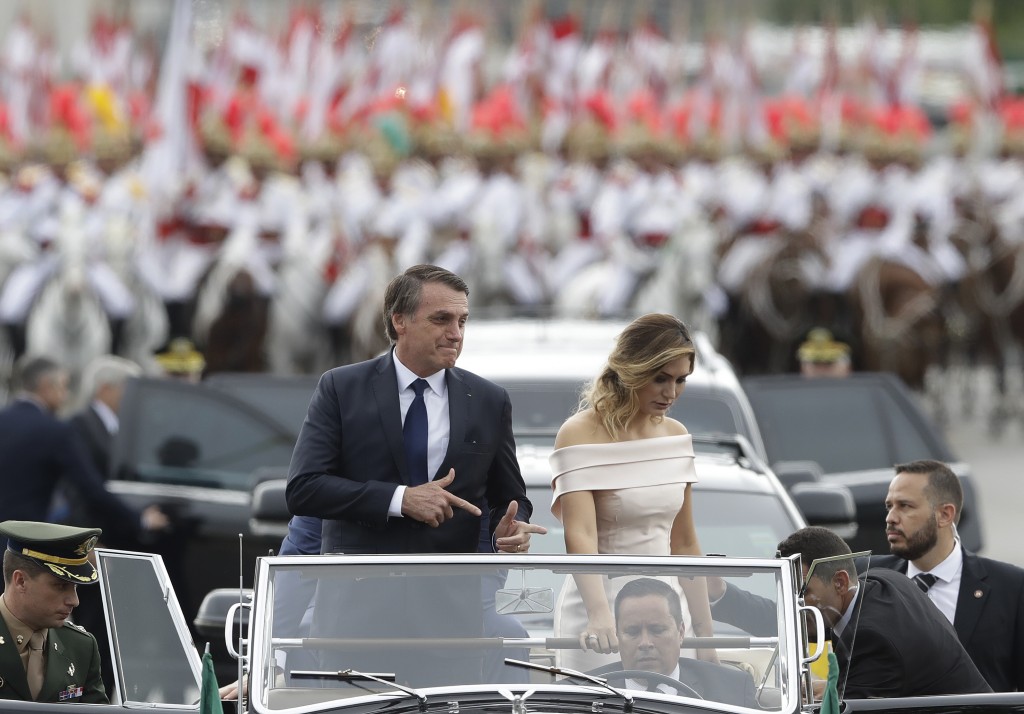 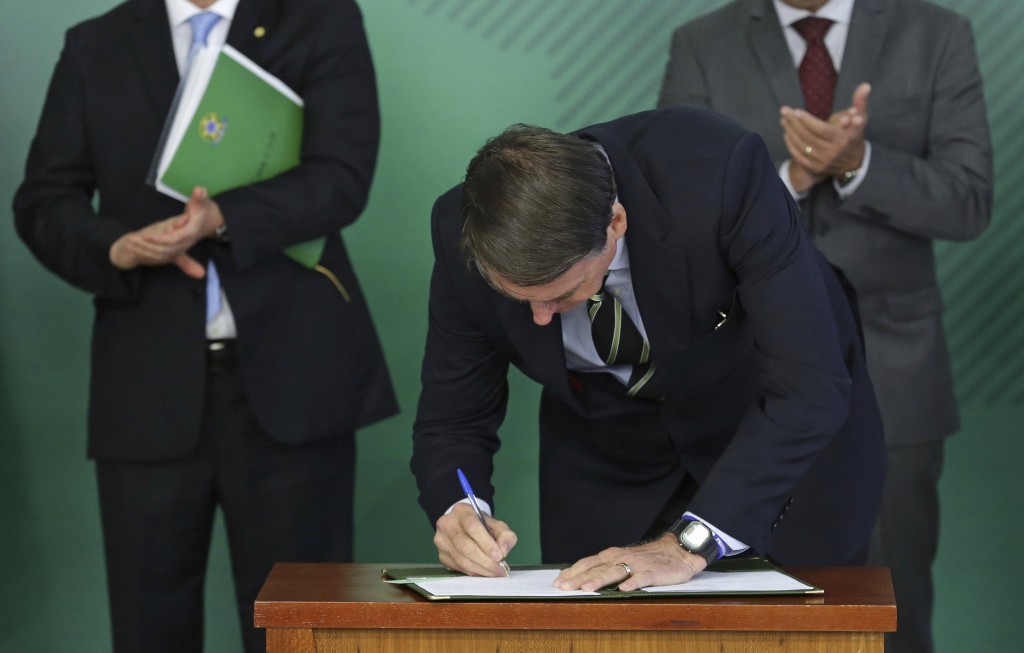 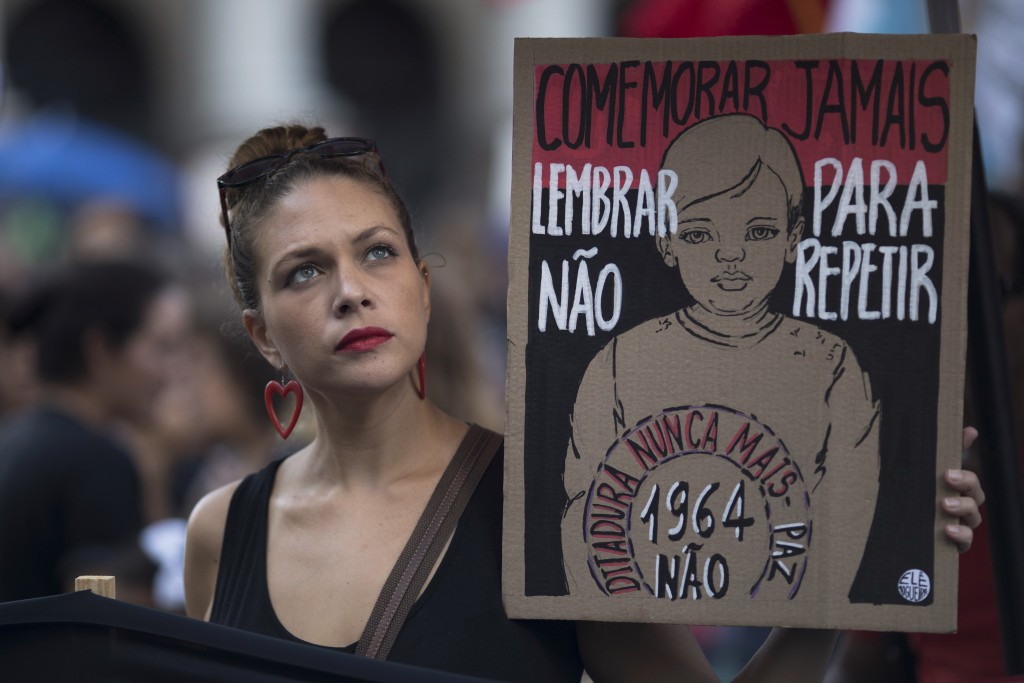 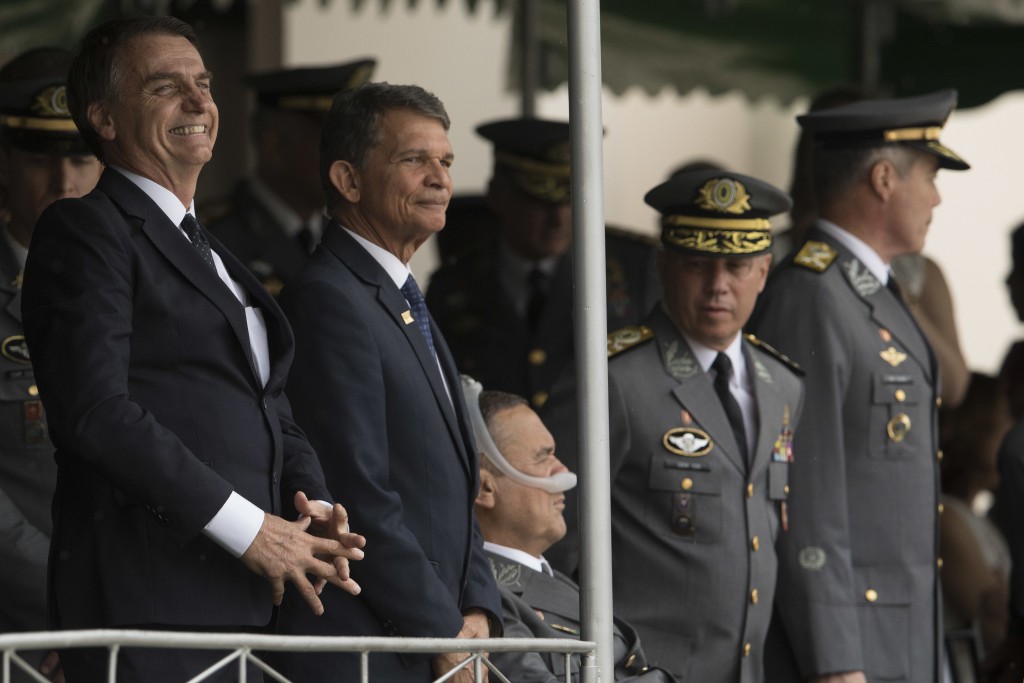 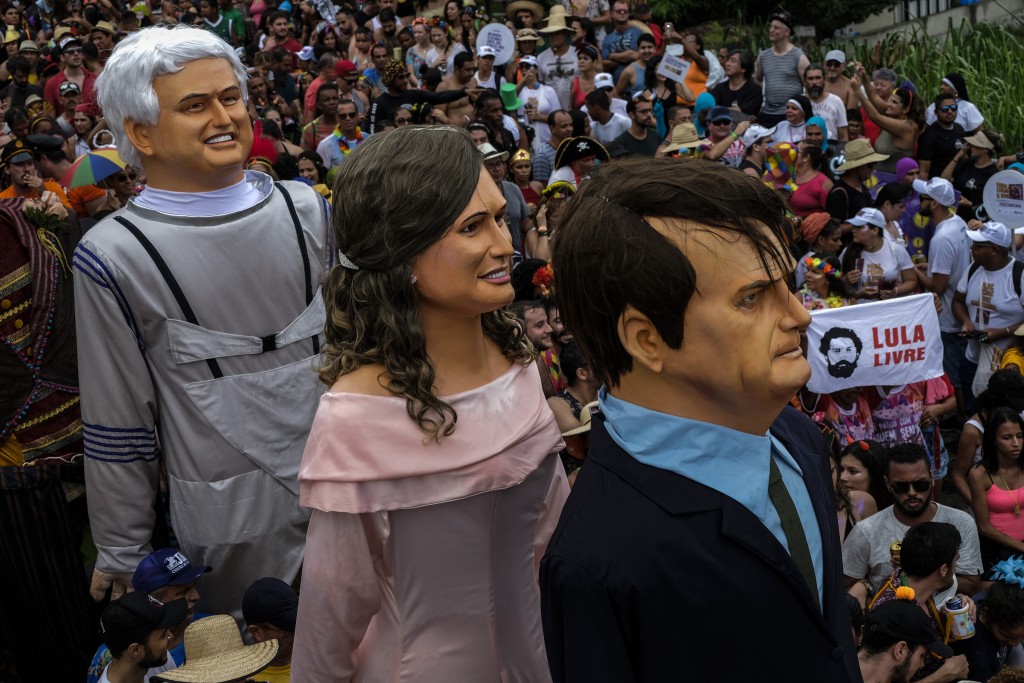 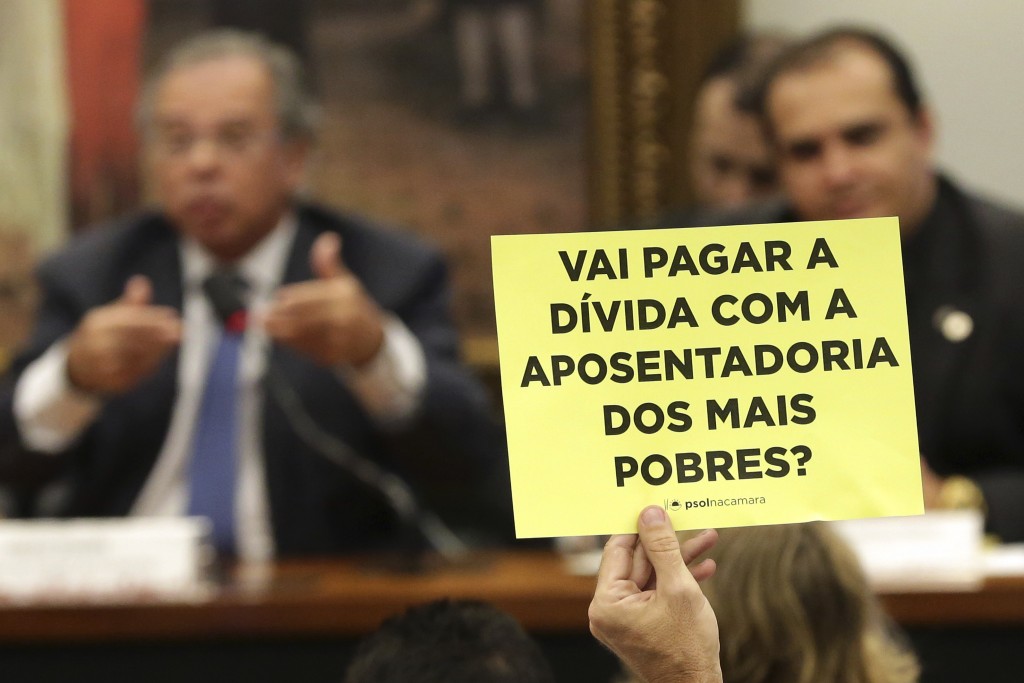 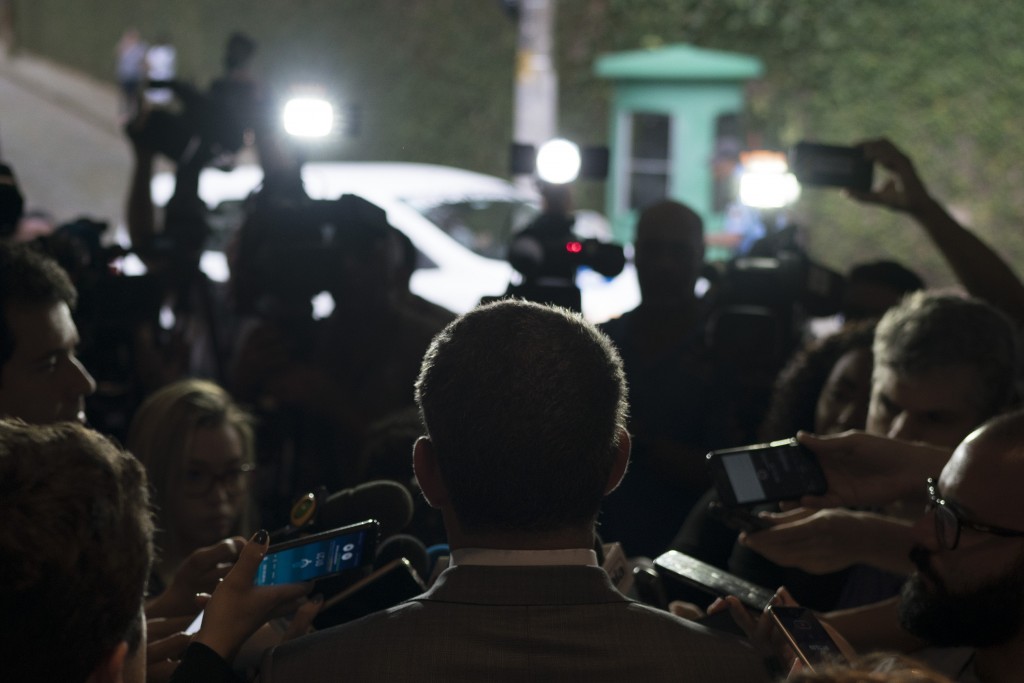 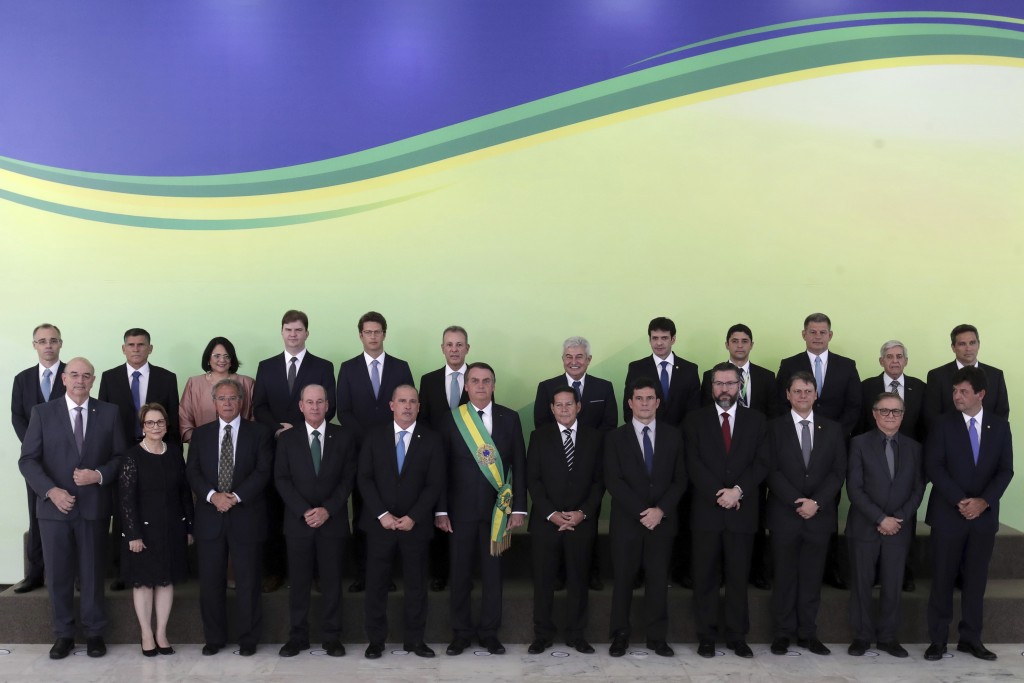 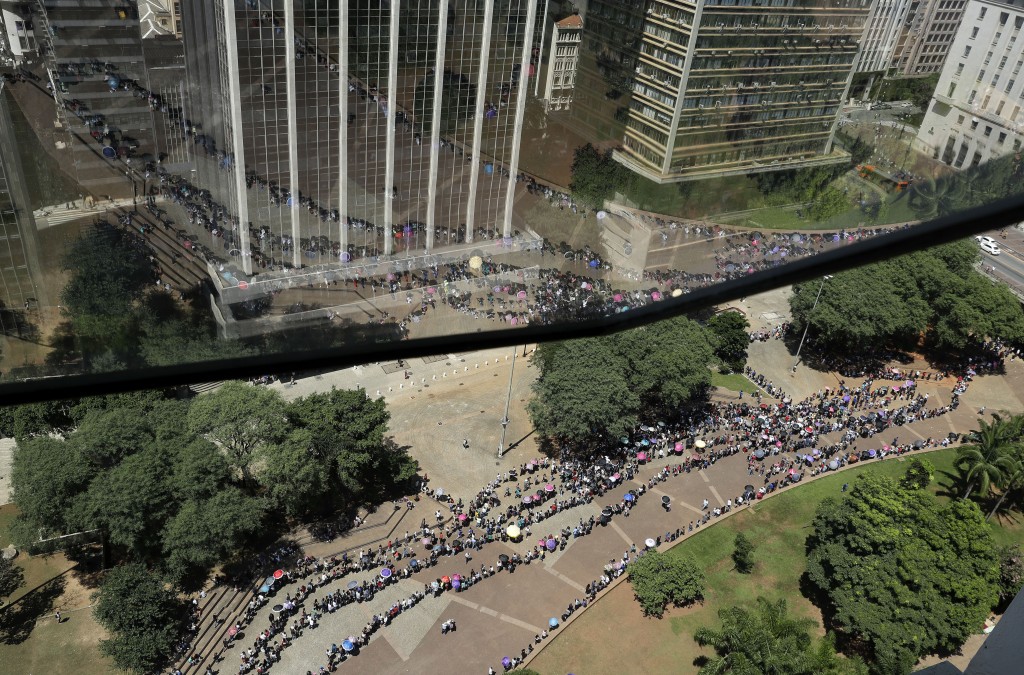 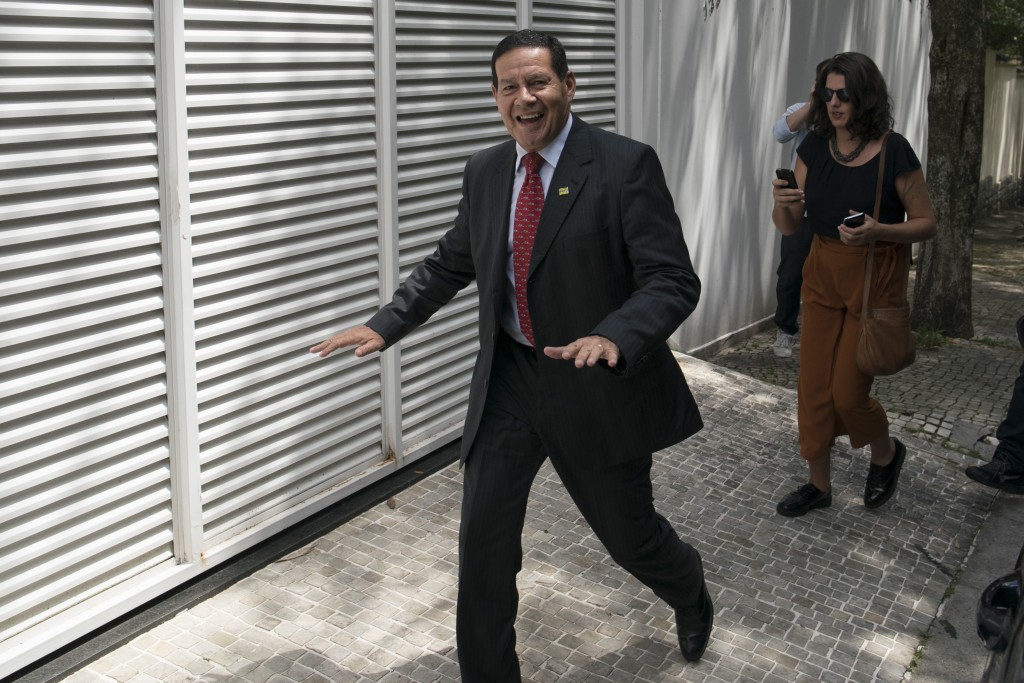 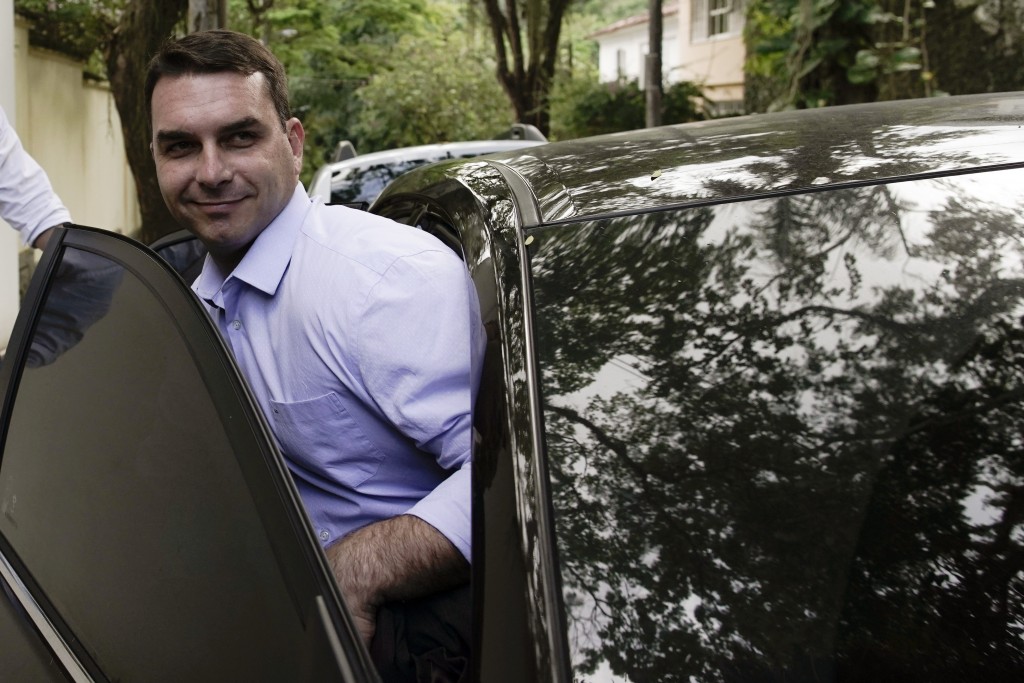 RIO DE JANEIRO (AP) — President Jair Bolsonaro's first 100 days in office have been marked by infighting in his administration, insults to adversaries and allies, praise for Brazil's 1964-1985 dictatorship and a scarcity of bills passed by Congress — pretty much the same as his record as a congressman and as a candidate.

So far, the anti-corruption and pro-gun outsider who is frequently compared to U.S. President Donald Trump has scored only a few major victories to keep his far-right base excited.

Bolsonaro's electoral triumph in October sent Brazil's left to its biggest defeat in almost two decades. But for many, so far Bolsonaro's administration is heavy on discourse and light on concrete accomplishments.

Bolsonaro has achieved some of his campaign promises: He signed a decree easing restrictions on gun ownership as an anti-crime move, privatized some state-run companies, installed a Cabinet with eight members of the military — more than at any time since the restoration of democracy — and has built strong ties with Trump and Israeli President Benjamin Netanyahu while distancing Brazil from Venezuela's socialist leader, Nicolas Maduro.

He has also begun moves to weaken environmental restrictions on development, as promised.

Still, as he marks off his 100th day in the presidency Wednesday, he has also given critics a lot of material to work with, and corruption suspicions against the president's family have emerged.

The former army captain has been widely criticized for celebrating the March 31, 1964, coup that launched Brazil's military regime and for labeling Nazism as a leftist ideology while in Jerusalem. He managed to offend even allies with a pornographic tweet of a Carnival party in response to revelers who had mocked him.

What is widely seen as his most crucial challenge— fixing the country's costly pension system — remains trapped in Congress with other proposals, including a highly touted revamp of the anti-crime and anti-corruption systems.

During 27 years in Congress, Bolsonaro was noted for inflammatory speeches but presented only two bills that became law.

"This administration is characterized by strong rhetoric that is not necessarily supported by actions in the same direction," said Renato Flores, an analyst with the Rio-based Fundacao Getulio Vargas think-tank.

Some once-staunch supporters of the president now worry about the role he gives to his sons Carlos, Eduardo and Flavio. Criticism by Carlos helped prompt the resignation of Bolsonaro's aide and attorney Gustavo Bebianno. Eduardo alarmed some by tweeting that the president would need only "one soldier and one corporal" to deal with the Supreme Court.

Bolsonaro's Cabinet appears to be divided into four, sometimes fractious factions: the military, with eight out of 22 ministers; evangelical conservatives who control the government's human rights agenda; a moderate wing overseeing economic and justice ministries, and a cluster of anti-globalist fans of Olavo de Carvalho, a far-right Brazilian writer who lives in the United States, now dominate foreign relations and education.

Carlos Melo, a political science professor at Insper University in Sao Paulo, said the divisions put Bolsonaro's administration "in paralysis from the start."

"There are too many conflicts. We can't see a proper plan to grow the economy and Bolsonaro is losing the momentum presidents have in the first six months. Even his pension reform, which led many moderates to believe him, seems at risk of failing or being massively dehydrated by the very Congress he doesn't talk to," Melo said. "It can all change; he has time. But the signs are not here yet."

Even lower house Speaker Rodrigo Maia, who initially had good relations with Bolsonaro, has complained that the far-right leader is "playing at being Brazil's president."

"Now it is time for us to stop joking around and it is time that he sits on his chair that Congress sits here and we solve Brazil's problems together," Maia said last month.

The public also seems restless. The Datafolha polling institute reported Sunday that Bolsonaro's approval rating has slipped to 32%, the lowest for any elected first-term Brazilian president, though still far above the single-digit approval rating his predecessor, Michel Temer, had at the end.

Business leaders and stockbrokers initially welcomed Bolsonaro's victory, but so far there has been little sign of economic improvement. Unemployment officially is still at 12%, a record 4.9 million Brazilians stopped searching for jobs in March and an initial stock market rally was erased following some of the president's Twitter-made rifts with allies. The government research institute recently reduced its 2019 economic growth expectations from 2.7% to 2%.

Bolsonaro, who likes to say he is pushing ideology out of Brazil's foreign affairs, has shifted the country's alliances toward other leaders who share his conservative tendencies, joining in regional efforts to isolate Venezuela's Maduro.

He has been hosted in Trump's White House and in Netanyahu's Jerusalem, but China, Brazil's biggest trading partner, has been shunned. Agribusiness leaders fear that approach could harm Brazilian exports to Asia.

Vice President Hamilton Mourao has tried to soften that stance, calling China a partner and meeting with Chinese diplomats.

The man once hailed as an anti-corruption hero by supporters is facing suspicions of familial wrongdoing.

Regulatory authorities said his son Flavio, who is also a senator, received 48 suspicious payments totaling about $25,000 in a single month from his former driver Fabricio Queiroz, who also made a payment to first lady Michelle Bolsonaro of about $5,500. All involved deny any wrongdoing. An investigation is ongoing.

None of those difficulties have alienated Bolsonaro's hardcore supporters, like 60-year-old hairdresser Roberta Duarte.

"Bolsonaro is doing what he promised. No other president did this in more than 50 years. He is putting the house in order, fighting crime and violence," said Duarte, who lives in a violent region in the south of Sao Paulo. "Violence was so strong that no one could leave at night to watch a movie or eat a pizza. Slowly things are improving."

Others, like 18-year-old journalism student Lucas Batista, are worried by Bolsonaro's frequent nods to Brazil's military dictatorship when his administration comes under criticism.

"He is an authoritarian leader who believes he is the only one capable of solving the country's problems," Batista said. "I fear Bolsonaro and his followers want to reintroduce a military regime."