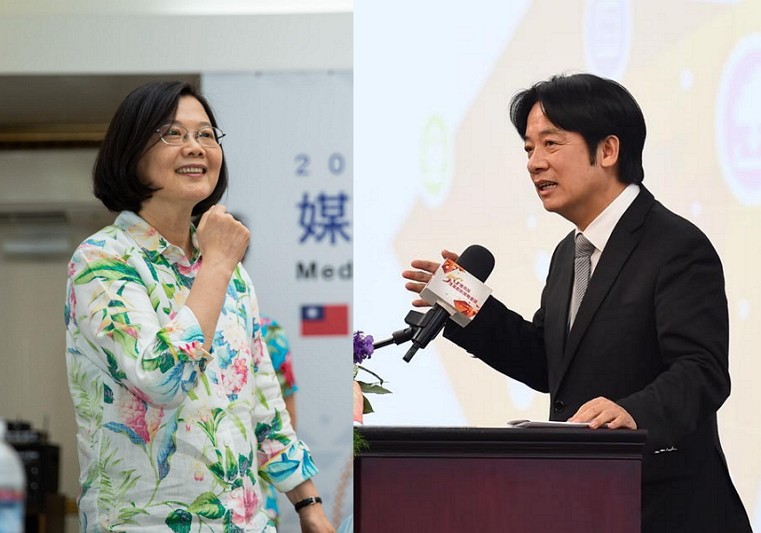 There's been drama every day recently as Taiwan's two major political parties attempt to nail down their candidates for the 2020 presidential election.

The Chinese Nationalist Party (KMT) delayed setting a date for its primary after the former New Taipei City mayor Eric Chu (朱立倫) insisted that meetings with fellow contenders, KMT legislator Wang Jin-pyng (王金平) and KMT Chairman Wu Den-yih (吳敦義), should be made public. KMT legislators and councilors have called for discreet guidelines to be drawn up for their primary, in order to avoid repeating mistakes made by the Democratic Progressive Party (DPP), which have created a nomination dilemma.

For the DPP, incumbent president Tsai Ing-wen (蔡英文) and former premier William Lai (賴清德) are the only contenders. At the moment, Tsai is saying she will work with the party's primary coordination committee, while Lai is calling for a fair primary. Tension in the DPP camp, however, is mounting.

The Taiwanese Public Opinion Foundation Chairman Yu Ying-lung (游盈隆) commented that the constant political drama is a result of the collective anxiety and lack of confidence experienced by the pro-Tsai group because it is the underdog. The DPP is under attack for choosing who will represent the party in the 2020 presidential race through a traditional and non-transparent practice, known as "so-înn-á-thng" in Taiwanese Hokkien, meaning “under the table.”

This saying derives from the end of World War II and the final days of Japanese rule in Taiwan (1895-1945). It is a substitution for the Japanese meaning "cartel" or "bid-rigging" (-だんごう, "dangou"). The word is phonetically similar to another Japanese word for glutinous rice ball (-だんご, "dango"), which is identical to the Taiwanese Hokkien word "- înn-á."

"So-înn-á-thng" describes the action of making the glutinous rice balls for tangyuan soup and is a political metaphor for reaching a deal not through due process, but with a carrot-and-stick approach. This can also mean forcing others yield to pressure and give up an election campaign.

A "so-înn-á- thng" or under-the-table deal could be seen as undermining a democratic election. This therefore is being looked down on, as Taiwan is known internationally as the most democratic and rule-bound nation among Chinese-speaking countries.

The Presidential and Vice-Presidential Election and Recall Act (last amended on Dec. 5, 2018) says that under-the-table deals to force a qualified candidate to withdraw from the election are illegal. Article 84 clearly states:

“Anyone who asks for an expected promise, or asks a candidate or person who qualifies as a candidate, to abandon the campaign; or who conducts certain actions such as offering bribes or other undue benefits, shall be condemned to a fixed-term imprisonment of not less than three years and not more than 10 years, and fined a sum of not less than NT$2 million and not more than NT$20 million."

“A candidate or person who qualifies as a candidate and asks for future benefits or accepts bribes or other undue benefits, by promising to abandon the campaign, or who conducts certain similar actions, shall also be punished in accordance with the provisions of the preceding paragraph.

The thinking behind Article 84 is similar to the Government Procurement Act and Article 87, which states:

“A person who commits violence or makes threats, administers drugs, or applies hypnosis with the intent to cause a supplier not to tender, or to tender contrary to the real intention, or cause the winning tenderer to forego the award, or to assign or subcontract after the award, shall be punished with imprisonment for not less than one year but not more than seven years; in addition thereto, a fine of not more than NT$3 million may be imposed.”

“A person who commits fraud or uses any other illegal means to make the supplier unable to tender, or cause the opening tenders to have an incorrect result, shall be punished with imprisonment of not more than five years; in addition, thereto, a fine of not more than NT$1 million may be imposed.”

We are looking forward to a fair DPP primary, where the rules are followed in an open and public manner. In a civilized democracy like Taiwan no-one should consider themselves above the law and everyone should follow rules that are reasonable and fair. Capable individuals must be allowed to make their contributions to society and the country at the right moment and thereby ensure the system is efficient and sustainable.