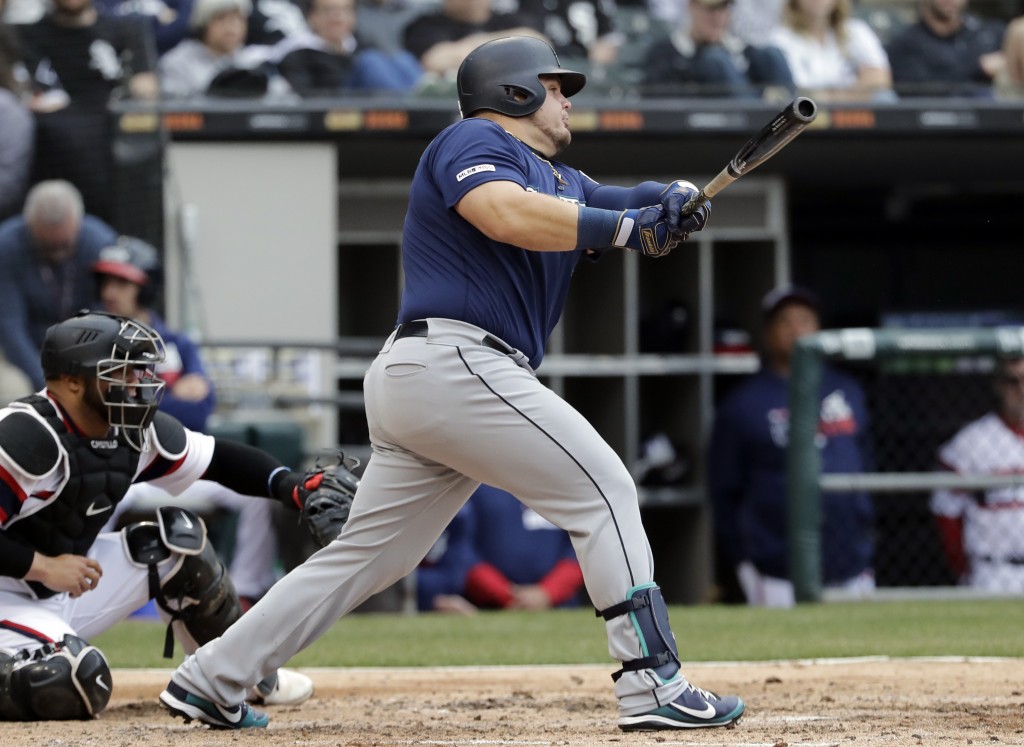 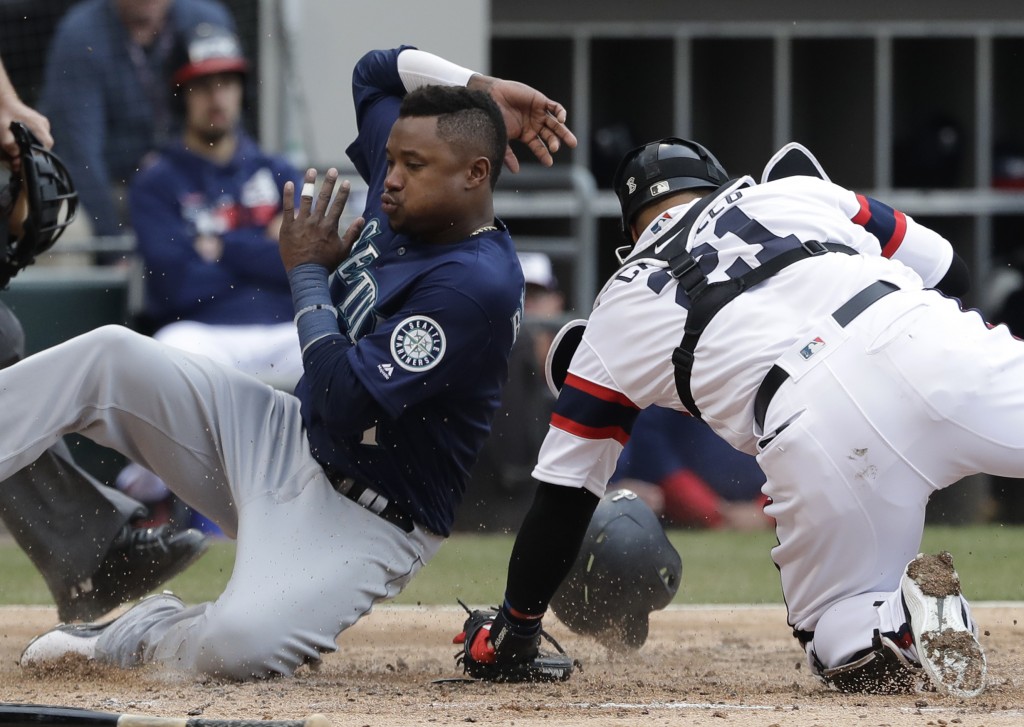 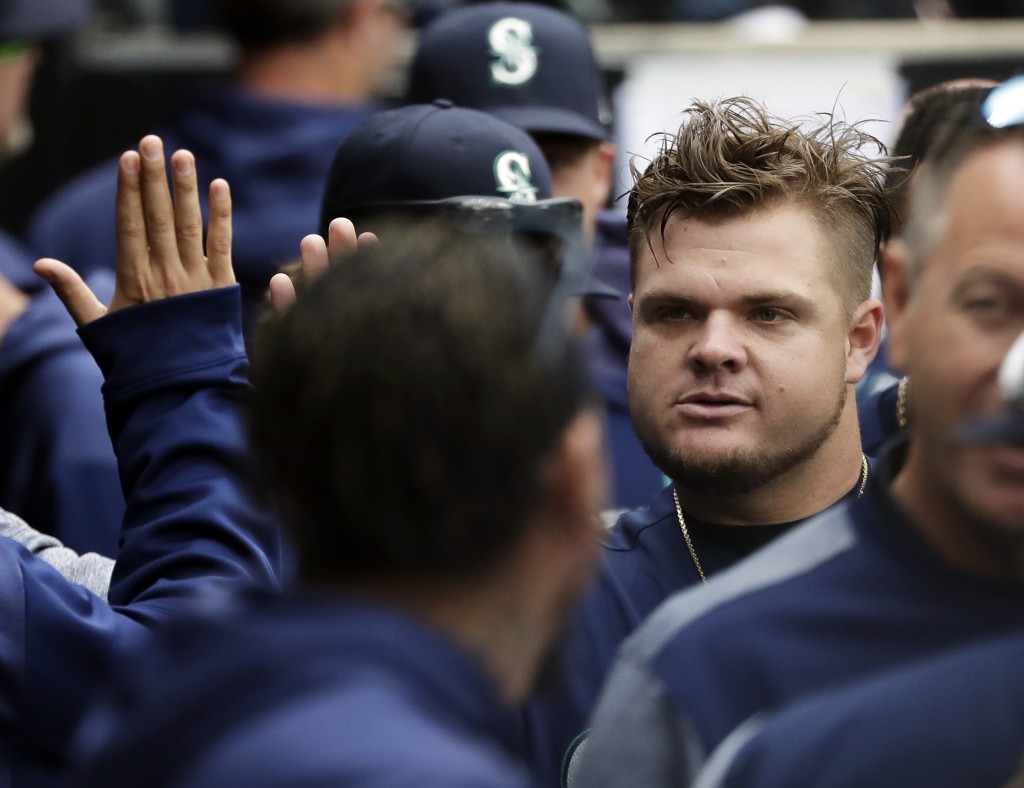 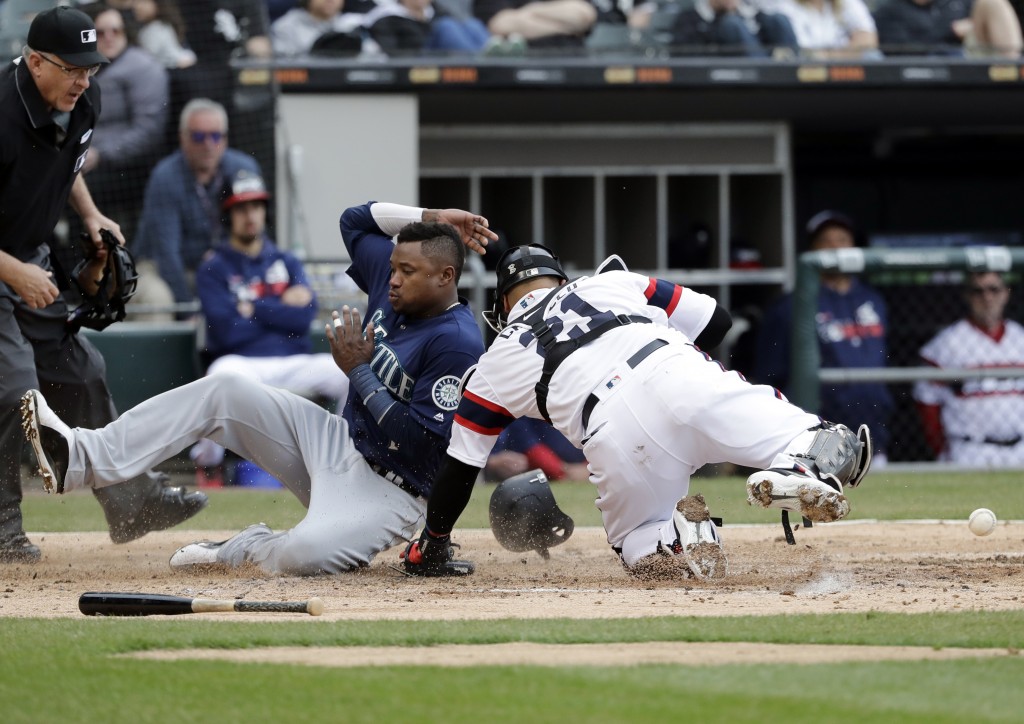 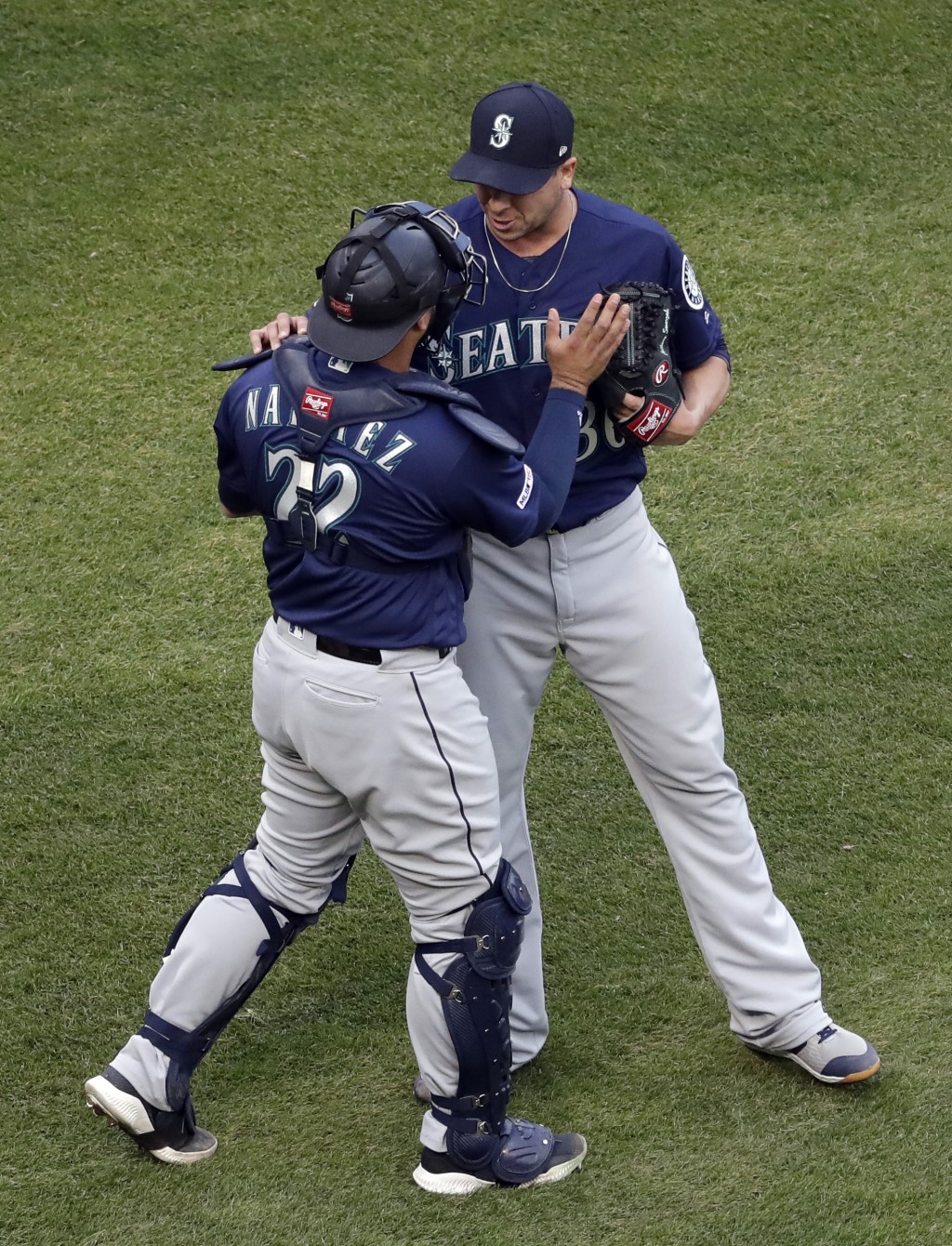 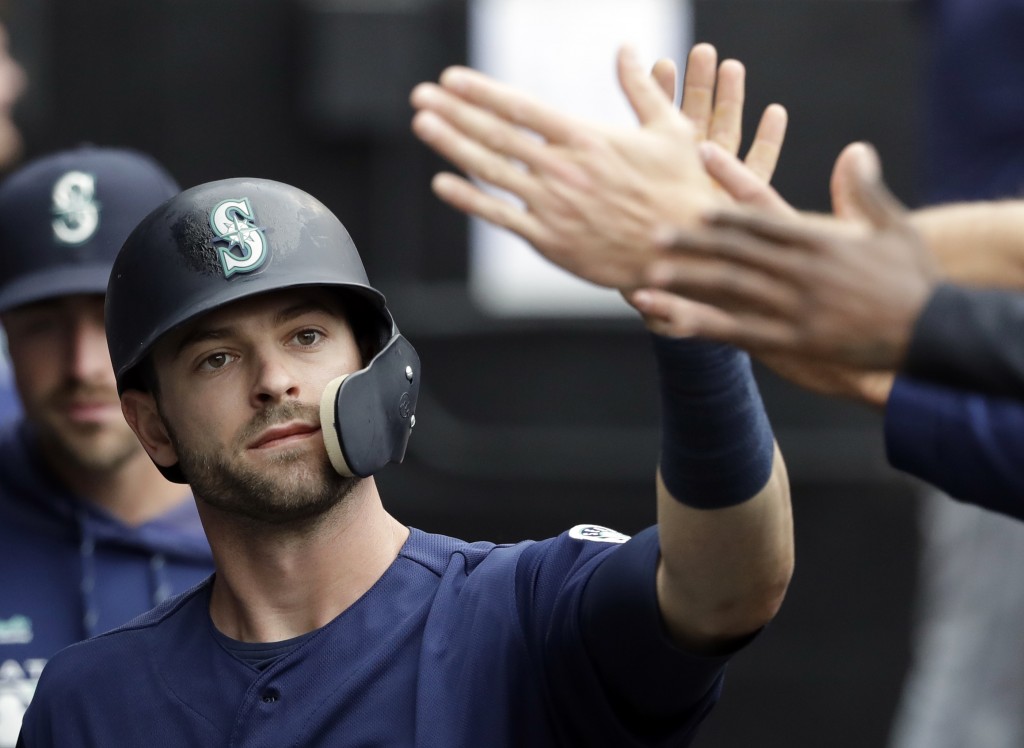 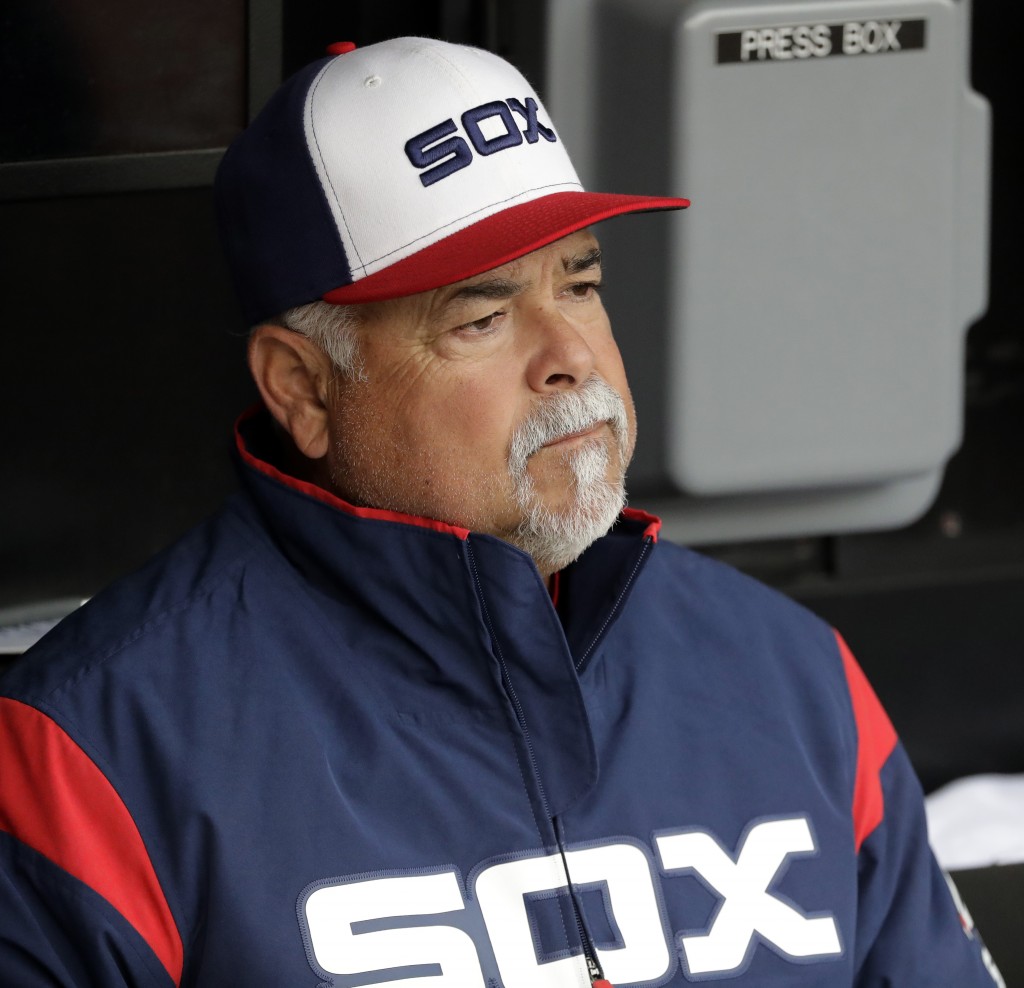 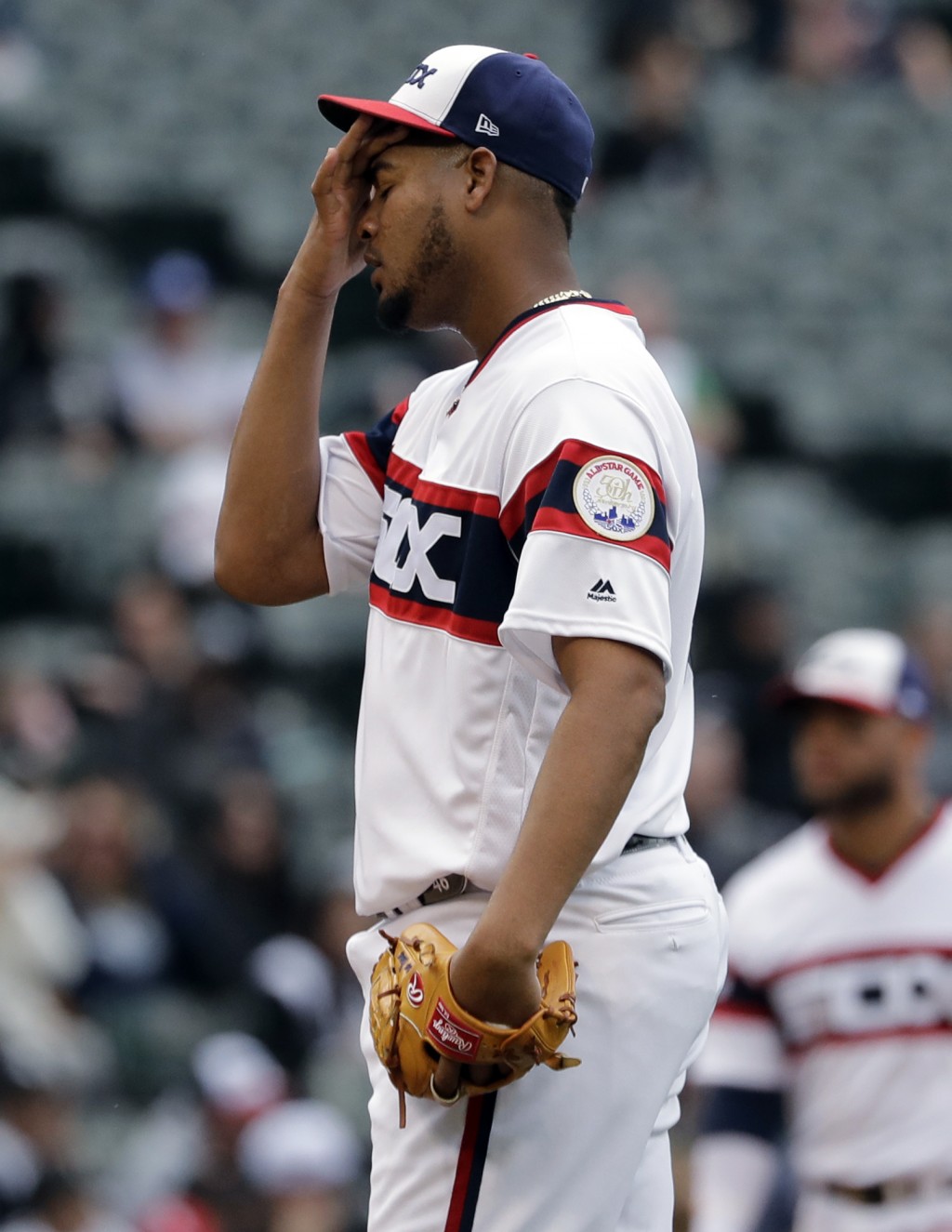 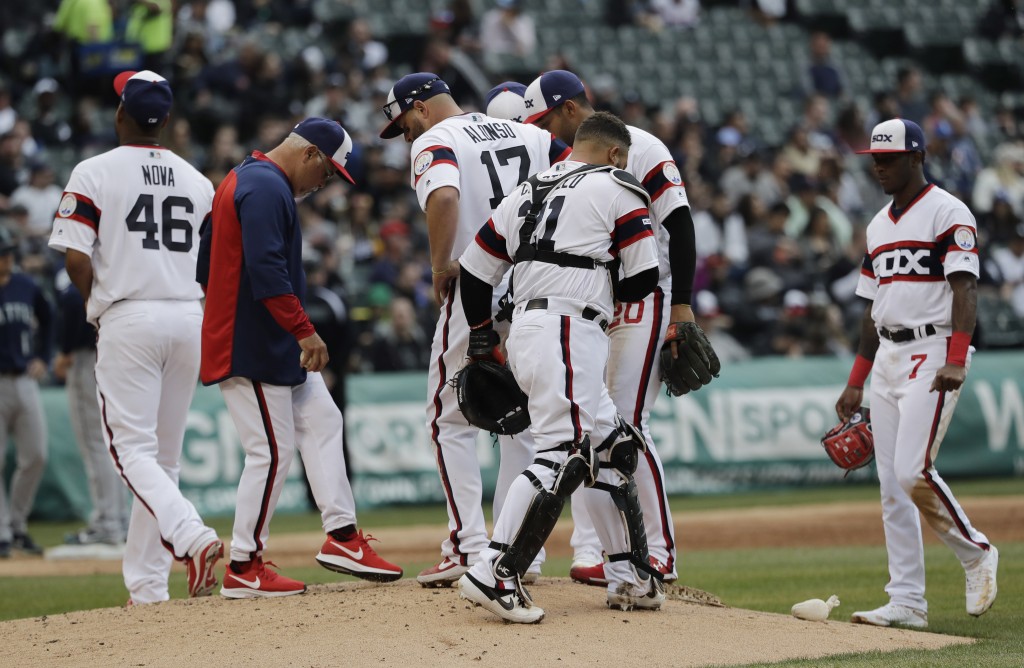 CHICAGO (AP) — Daniel Vogelbach, like many of the Seattle Mariners, has found his power stroke.

Vogelbach homered twice, hit a bases-clearing double and set a career high with six RBIs, helping the Mariners beat the Chicago White Sox 12-5 Sunday to extend the best start in club history at 9-2.

"It's fun, but every day with this team is fun," Vogelbach said. "Any time you wake up and look forward to coming to the ballpark, it makes your life a lot more fun."

Edwin Encarnación had a two-run homer and three hits for the Mariners, who have the AL's best record. Seattle has homered in each of its first 11 games, a team record, and leads the major leagues with 27.

Tim Anderson doubled among his four hits for the White Sox, who have lost five of eight. Adam Engel hit a solo shot off Matt Festa, who gave up three runs in the seventh.

Vogelbach drove a two-run home run halfway up the right-field seats in the fifth and hit a solo shot in the ninth for his first career multihomer game.

Jay Bruce got the day off, giving Vogelbach an opportunity to start at designated hitter. Vogelbach said he has no trouble staying focused in his backup role.

Seattle outscored the White Sox 29-17 in winning two of three and has scored five or more runs 10 times.

Vogelbach hit a bases-clearing double for a 7-1 lead in the third, chasing Iván Nova. Domingo Santana, Encarnación and Omar Narvaez also had RBI singles in the six-run inning.

"At the end of the day, my team is not going to be happy with me," manager Scott Servais said about juggling the lineup. "You can't play them all, but as long as they're producing like this, it's a good problem to have."

Nova (0-1) allowed seven runs and seven hits in 2 1/3 innings, his shortest start since May 8, when he threw two innings for Pittsburgh against the White Sox.

Chicago wore its 1983 throwback uniforms for the first time this season. The White Sox have used them for Sunday home games since 2016.

A crew chief review ruled Anderson's hit that bounced out of center fielder Mallex Smith's glove and onto the field was a double rather than a home run in the third inning. Anderson went 10 for 13 in the series and is 14 for 25 this season.

He has been sleeping on a hospital couch after the recent birth of his daughter.

"I need to tell St. James to send me that couch," he said. "But I'm understanding the game more, staying inside the baseball a lot more. I feel real good at the plate. I feel real comfortable. A lot of confidence."

Smith singled, stole second, executed a double steal with Santana and scored on Encarnación's groundout in the first. Welington Castillo of the White Sox was called for catcher's interference in the inning.

Mariners: SS Tim Beckham (hamstring tightness) left in the fifth inning. Servais said the move was precautionary, and Beckham will be fine. ... 2B Dee Gordon (tight groin) returned to the lineup after he was scratched from Saturday's game and went 1 for 4.

White Sox: OF Ryan Cordell was optioned to Triple-A Charlotte after the game. He went 2 for 6 with three RBIs in five games. ... RHP Ervin Santana, signed a minor league deal in February, may start Tuesday against Tampa Bay. "Everything is pretty good, working the way I wanted," said Santana, who threw a side session Saturday. The two-time All Star missed most of last season due to an injured right middle finger.

Mariners: RHP Félix Hernandez (1-0, 1.69 ERA) is set to start Monday's opener of a four-game series at Kansas City against RHP Homer Bailey (0-0, 5.40). Hernandez allowed three runs (one earned) in 5 1/3 innings to beat the Los Angeles Angels in his first start. He had lost his previous eight decisions, a career worst.