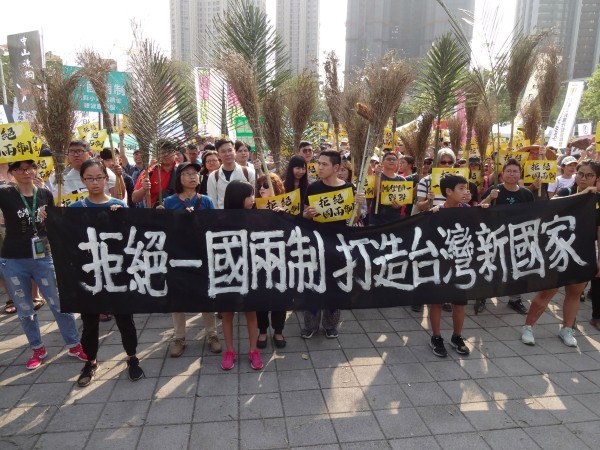 TAIPEI (Taiwan News) -- Thousands took to the streets of Kaohsiung on Sunday (April 7) to protest China's proposed implementation of the "one country, two systems" framework in Taiwan.

A march, titled "Rejecting One Country, Two Systems and Building a New County in Taiwan," organized by Citizen Front Taiwan attracted 2,000 to 3,000 participants on the streets of Kaohsiung on Sunday, reported Liberty Times. The ultimate destination of the march was Kaohsiung City Hall, where protestors tore up a giant poster of Chinese President Xi Jinping's speech commemorating the 40th anniversary of the "Message To Taiwan Compatriots." Protestors first gathered in Kaohsiung's Labor Park before beginning their march at 3:30 p.m. and winding their way through the city's streets until they reached Kaohsiung City Hall at 4:30 p.m., according to the report. Once in front of City Hall, Citizen Front Taiwan founder Lai Chung-chiang (賴中強) held up the giant poster of Xi's speech commemorating the 40th anniversary of the "Message to Taiwan Compatriots" and said that the march was aimed at protesting against Han and expressing to China their clear rejection of the "one country, two systems" framework.

Lai criticized Han for his clandestine meetings at China's liaison offices in Hong Kong and Macau in which he "kowtowed" to the Communist Chinese regime's officials and endorsed the "one country, two systems framework." To protest Han's actions and China's behavior, Lai then led the protestors in tearing up the poster of Xi's speech.

Protestors on the scene, including Sunflower movement leader Lin Fei-fan (林飛帆), also shouted slogans such as "sovereignty cannot be sold," "democracy cannot be sold," and "Taiwan and China, a country on each side." 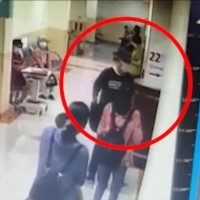