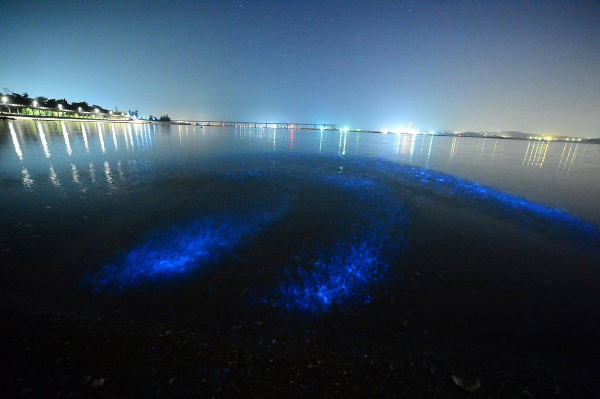 TAIPEI (CNA) -- Dubbed "blue tears" by local residents, the mysterious sparkling blue light that can be spotted along the shore of Kinmen during spring, has become a major tourist attraction for the outlying county.

According to the Kinmen County Fisheries Research Institute, this natural phenomenon was first observed a long time ago, but has only became a popular tourist attraction since the county opened up its coastline to tourists in recent years.

"Blue tears" are formed when clusters of marine algae, disturbed by the crashing waves, glow a bioluminescent blue, and only prevalent in warm sea water between the months of April and May, said Li Chia-fa (李家發), a head researcher at the institute.

In the past, "blue tears" were associated not with Kinmen but Matsu, which was thought to be the only location where it occurred, the institute said.

Hsu Chin-hsi (許進西), who heads the Kinmen Photographers Association, said Kinmen's topography makes it easier for visitors to get up close to the natural phenomenon.

Individuals can even hold the glowing algae in the palm of their hands, whereas in Matsu it can only be viewed in the distance from a beach, Hsu said.

"Blue tears" are very susceptible to external light and can only be seen in pitch darkness. The rise and fall of the moon also impacts visibility, the association said.

Some of the best spots to observe the natural phenomenon include Cihu, Shangyi Chenggong Beach, Houhu Seashore Park, Guang'ao Embankment in Jinsha Township, and Liaolo South Stone Weir Park in Jinju Township, according to the association.

Li said the research institute plans to introduce an ecological tour based on the natural phenomenon to educate the public about environmental protection and conservation, while addressing such issues as marine pollution. 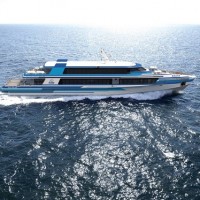 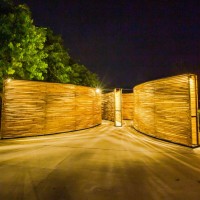 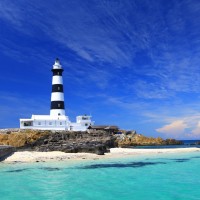