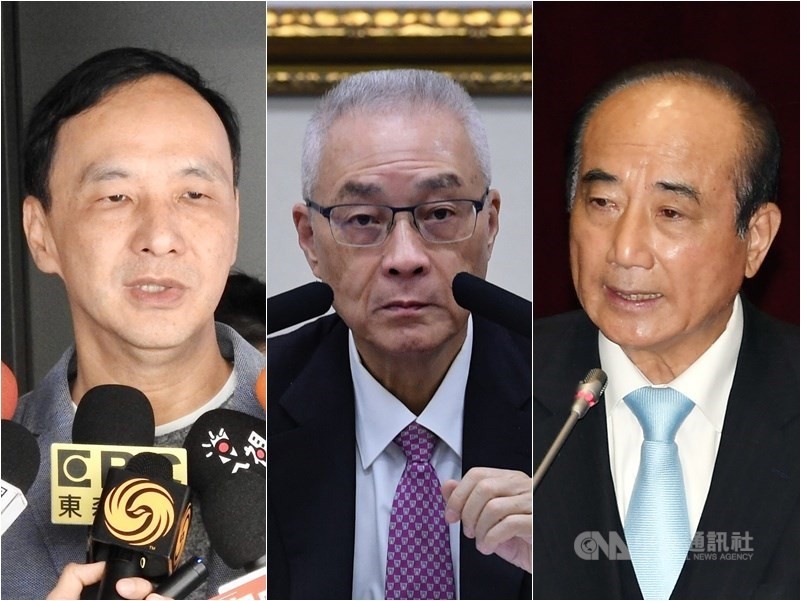 Wu, who has been named in the media as a potential candidate in the January 11, 2020 election himself, had initially planned to meet Kaohsiung City Mayor Han Kuo-yu (韓國瑜) on April 10.

However, Han, who has received widespread attention but claimed he was not interested in the presidential race, postponed the meeting until April 18 after his return from a visit to the United States.

Plans for Wu’s meetings with three other contenders were supposed to go ahead regardless, until former New Taipei City Mayor Eric Liluan Chu (朱立倫) demanded his April 7 meet should be held in public.

Wu rejected the demand, describing an open meeting as “a show,” the Central News Agency reported. As a result, Chu’s office announced the meeting with the party chairman would be temporarily put on hold.

Talks by Wu with former Legislative Speaker Wang Jin-pyng (王金平) and with former Taipei County Magistrate Chou Hsi-wei (周錫瑋) were also taken off the agenda for the time being, CNA reported.

Opinion polls have shown strong support for Han, with some KMT leaders wanting to recruit him as its presidential candidate despite the presence of other contenders. The new mayor of Kaohsiung, who only took office last December, has faced criticism that he is too pro-China.

The ruling Democratic Progressive Party still has to choose between President Tsai Ing-wen (蔡英文) and former Premier William Lai (賴清德) as its presidential candidate, while Taipei City Mayor Ko Wen-je (柯文哲) is widely expected to be preparing a run as an independent.