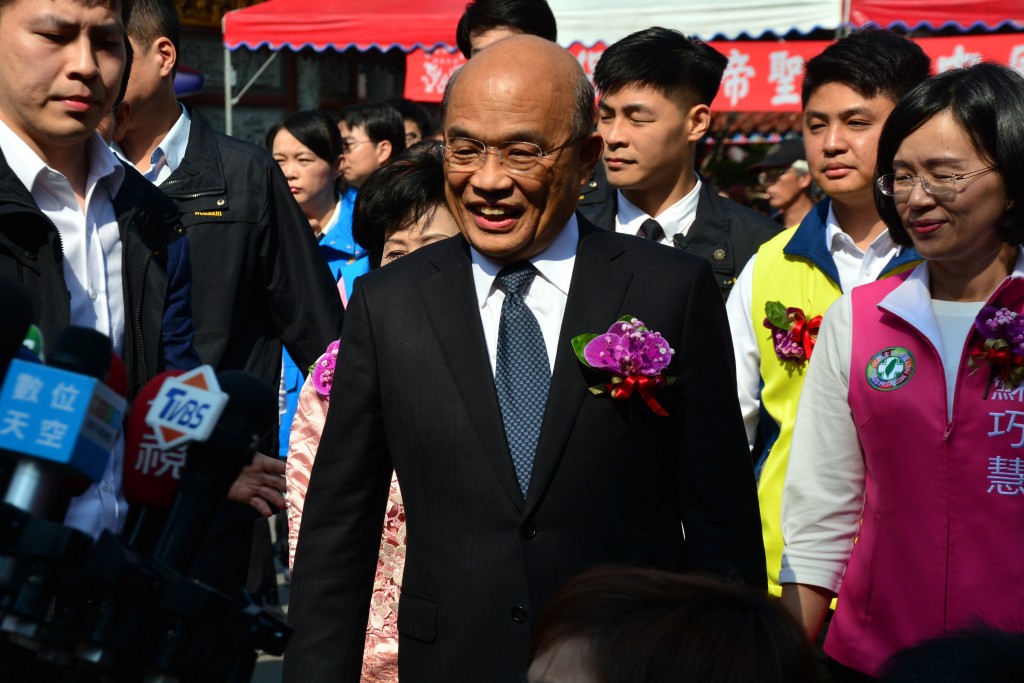 Su said in addition to bribery, China disseminates fake news to foster misunderstanding about the government and facilitate its campaign to annex Taiwan. Society must be particular attentive, he added.

The premier received media questions prior to attending a religious ceremony at the Shulin Ji’an temple (樹林濟安宮). He was asked about rumors that China has sought to buy out Taiwan’s “cyber army.”

Su said China’s intentions to annex Taiwan are extremely clear, and Beijing uses a multitude of methods to fulfil its objective. Aside from air force drills designed to scare Taiwan, China uses the power of the internet to spread disinformation, he said.

Citizens ought to be wary, Su stressed, and relevant government departments ought to strengthen defense mechanisms.

The premier said he hopes Taiwan can unite to avoid succumbing to lies and falling into China’s trap.

The Executive Yuan will continue to combat the dissemination of fake news through self-discipline and the exercise of national law, he added.

Su lashed out at the National Communications Commission (NCC) last month for failing to take control of the country’s fake news problem.

NCC Chairwoman Nicole Chan (詹婷怡) resigned this week after failing to persuade critics that the commission was improving its efficiency in tackling fake news and related problems.