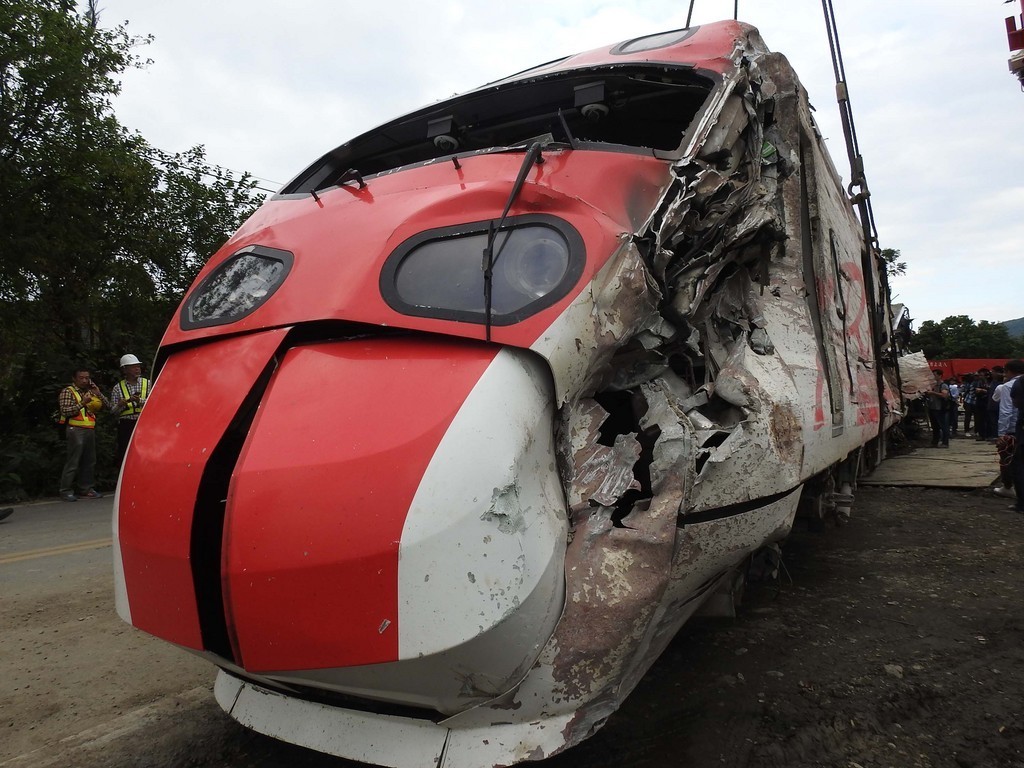 The Taiwan Railways Administration (TRA) said Friday that it is seeking compensation from both the manufacturer of the Puyuma train model involved in a deadly derailment last October in northeastern Taiwan and a third-party quality certification provider.

The Japanese manufacturer, Nippon Sharyo, a subsidiary of Central Japan Railway Company, and British certification provider Lloyd's Register Quality Assurance (LRQA) are responsible for design flaws in the model and failure to pinpoint the problems, respectively, a TRA official said.

The TRA is working with lawyers to call the Japanese company to account by sending an official letter to Sumitomo Corp., the bidder for the procurement project, and asking it to pass the information to Nippon Sharyo, said Sung Hung-kang (宋鴻康), head of the administration's Rolling Stock Department.

The TRA will take the same action against LRQA, Sung said, adding that the letters are expected to be sent by the end of this month.

If the two companies accept their shares of responsibility, the TRA will proceed to seek compensation, Sung said.

Nippon Sharyo has admitted a design flaw in all 19 of the Puyuma trains it sold to Taiwan, which prevents the train's alert system from contacting the control station. As a result, train dispatchers are unaware when the automatic train protection (ATP), which prevents trains from speeding, is turned off, unless the driver informs them.

The defective system played an important role in the Oct. 21 train crash, when Puyuma train No. 6432 derailed in Yilan while traveling at nearly twice the permissible speed limit as it entered a curve, leaving 18 dead and 200 injured.

The tragedy was a result of many factors, the worst being Puyuma driver Yu Chen-chung's (尤振仲) turning off of the ATP in trying to increase the train's speed after detecting power problems he believed to be caused by a malfunction of air compressors, according to investigators.

Yu was then too distracted dealing with the power problems to report what he had done in a timely manner, the investigators said, adding that it could have been avoided if the ATP had been properly connected to the central control room.

LRQA is also to blame for failing to examine the trains and their maintenance manuals thoroughly, as well as doing a poor job by not finding out inconsistencies in the Chinese translations of the train's mechanical terms in the manual, which led to confusion among TRA personnel.

But Sung also added that the TRA has kept a NT$300 million (US$9.7 million) performance bond on hold since the delivery of the trains in 2012 because some of the glitches remain unresolved.

While the crash resulted in administrative punishments for 20 former TRA officials and indirectly led to the resignation of then-transportation minister Wu Hong-mo (吳宏謀) last December, his successor, Lin Chia-lung (林佳龍), reopened the case in March, as he felt that the relevant penalties were too light.

A second round of recommended punishments were completed by the Railway Bureau later that month, but Lin rejected them again because the content was exactly the same.

Lin then assigned deputy transportation minister Wang Kwo-tsai (王國材) to come up with a new list, and Wang said Friday that this has been completed, pending approval from the ministry and the Executive Yuan before being made public. (By Wang Shu-fen and Lee Hsin-Yin) 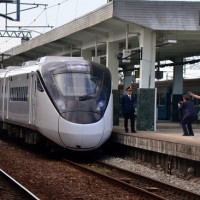