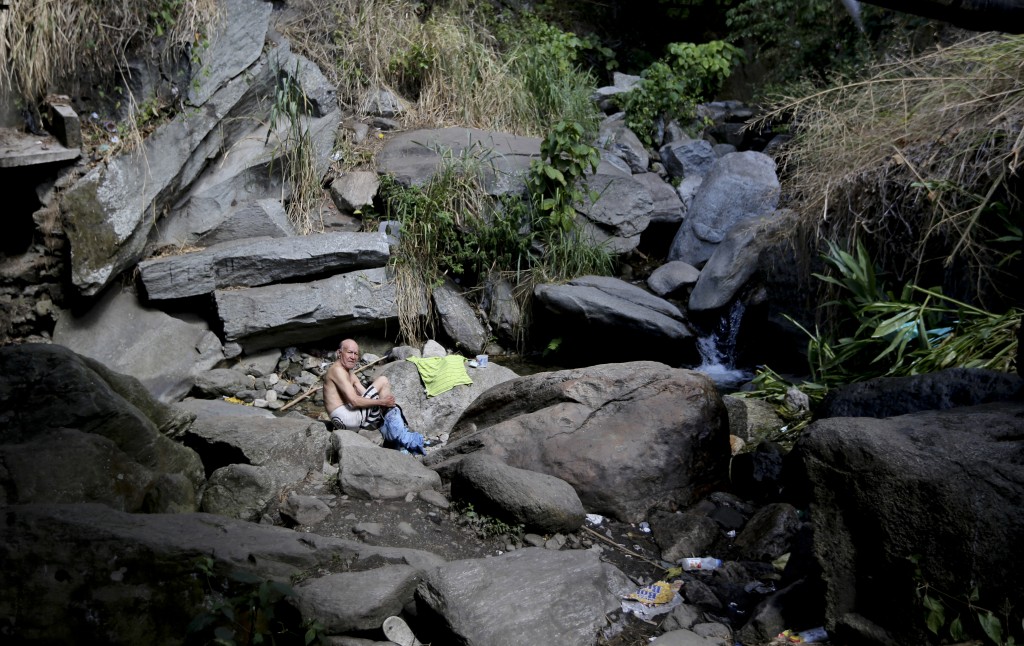 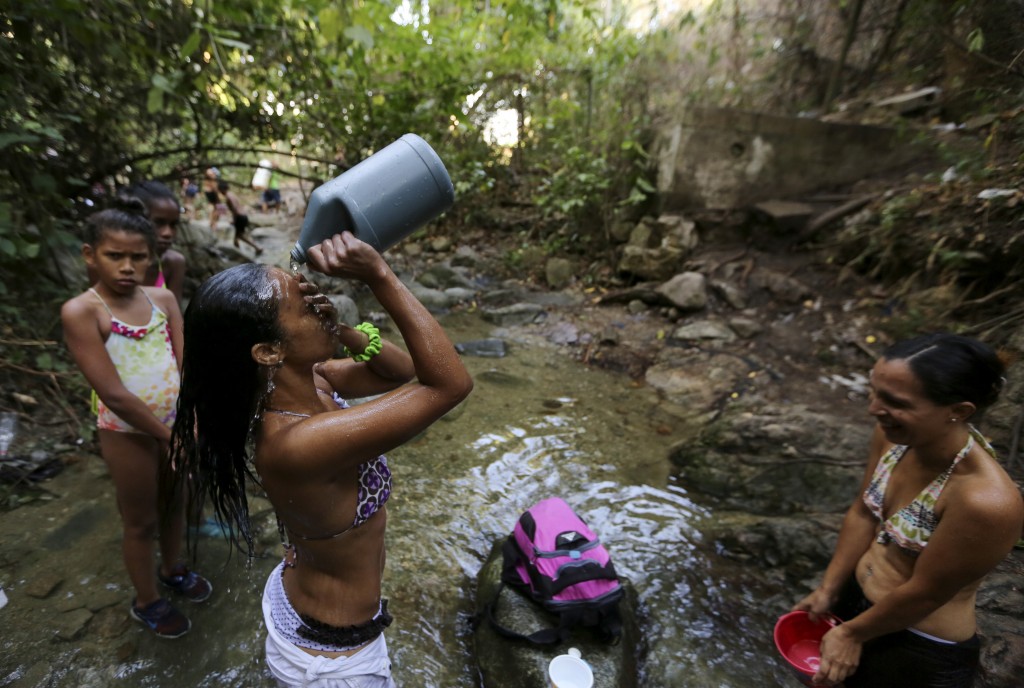 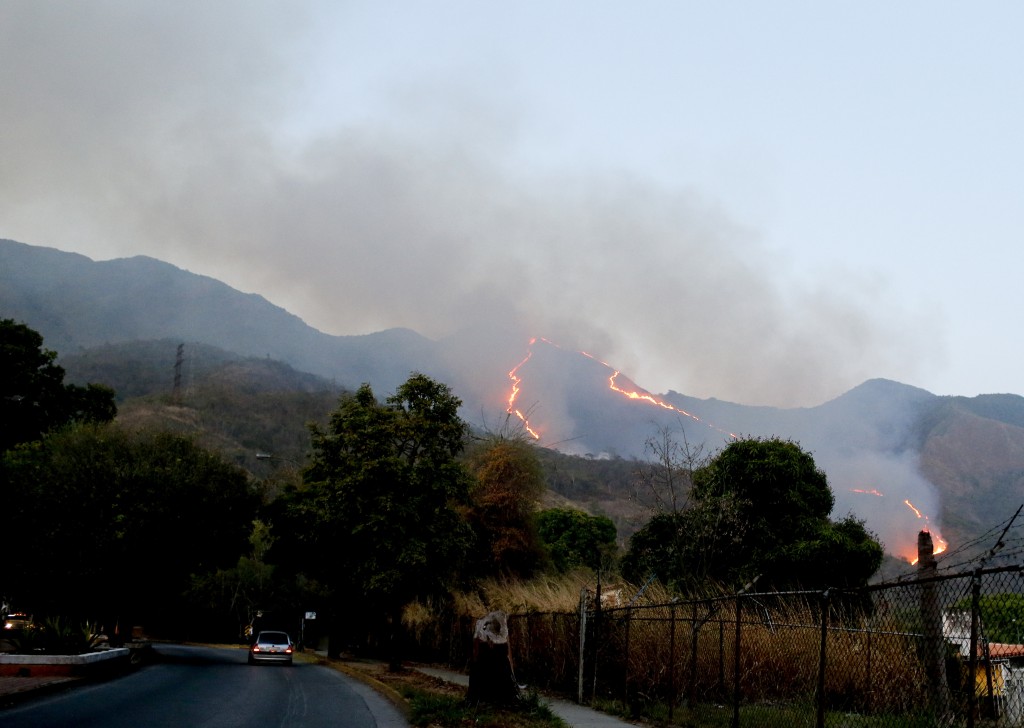 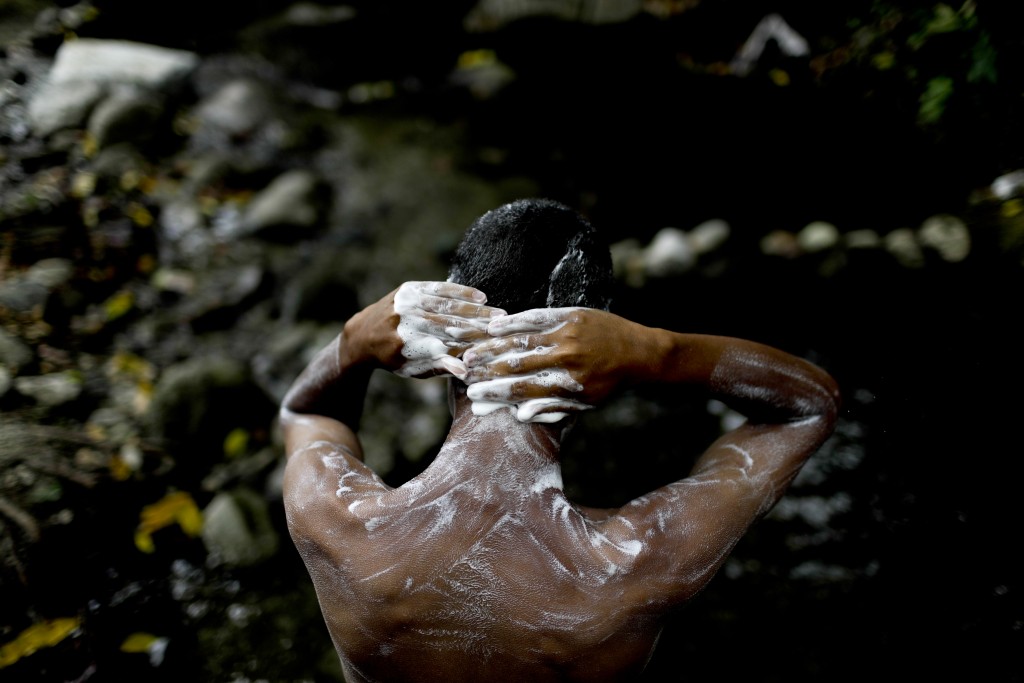 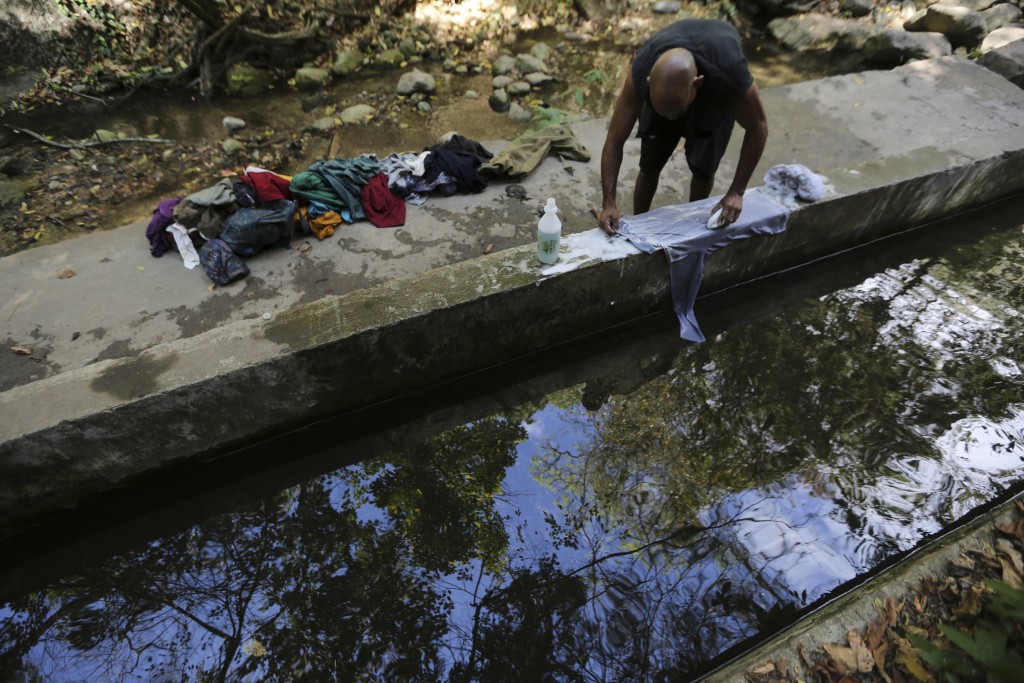 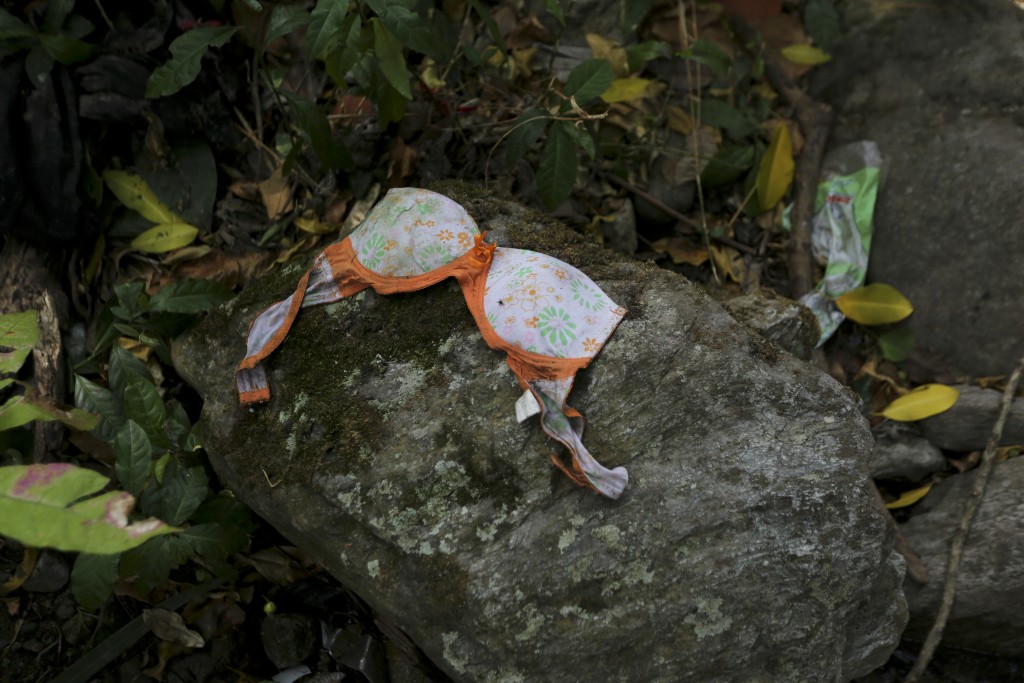 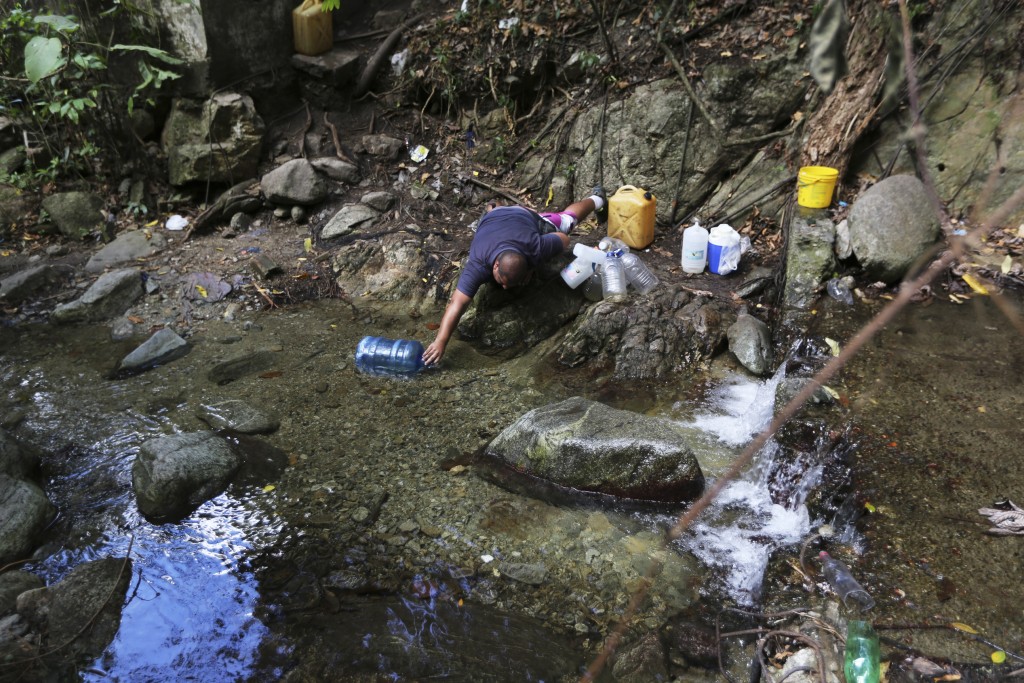 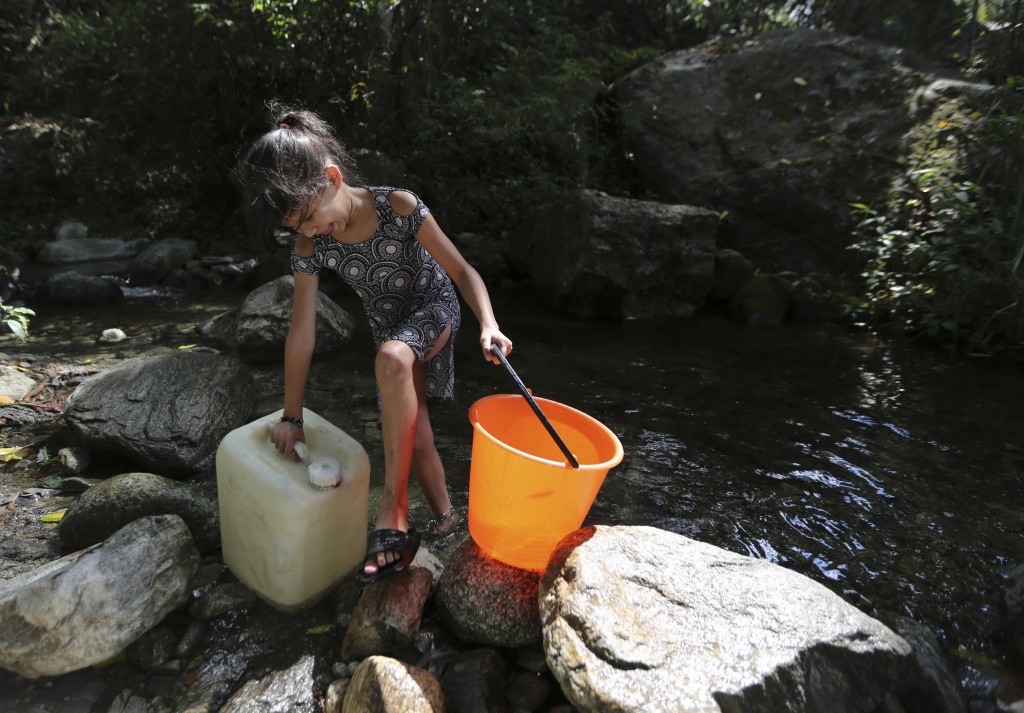 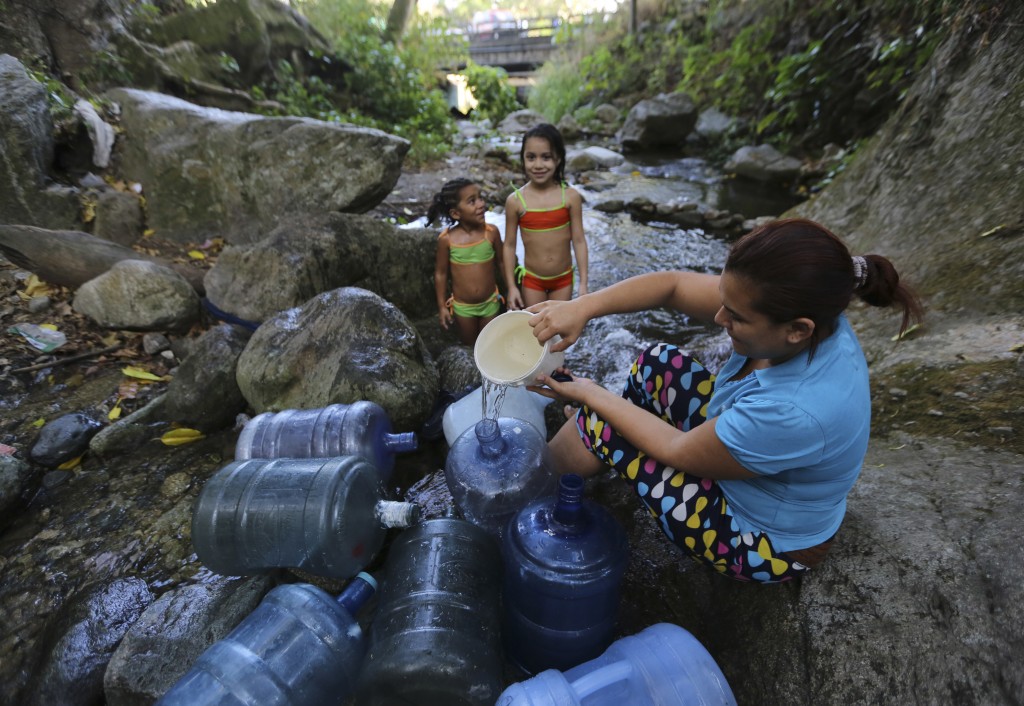 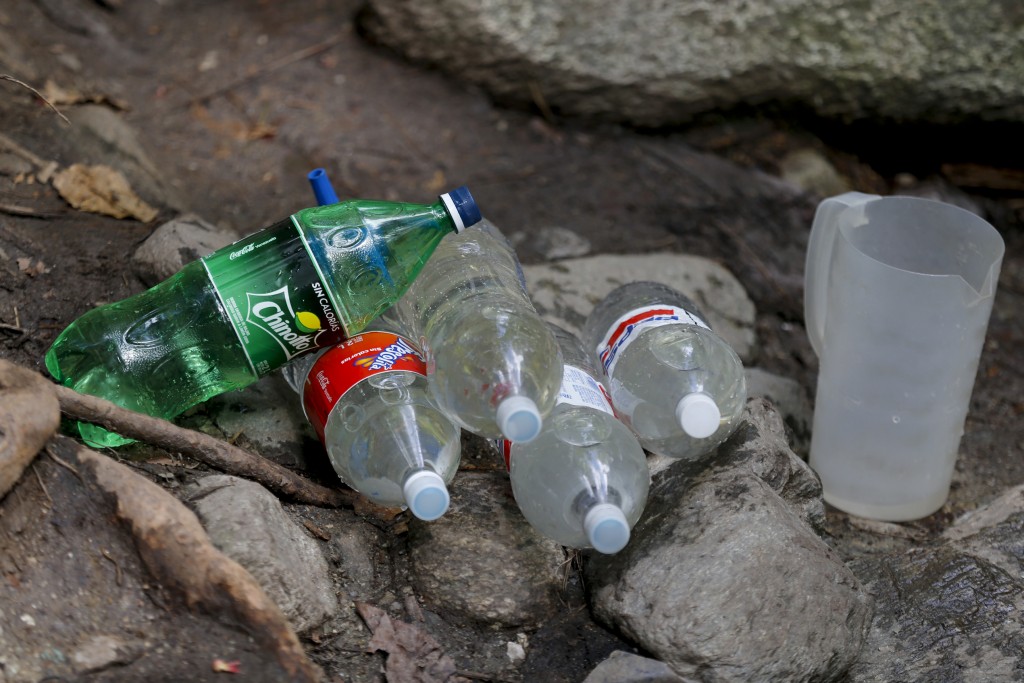 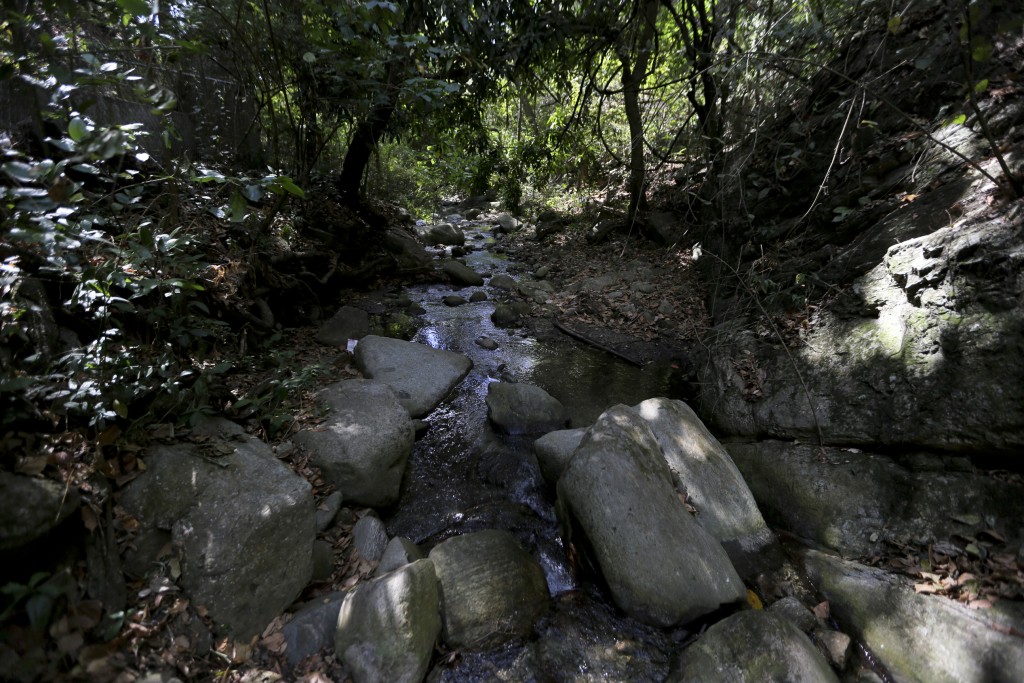 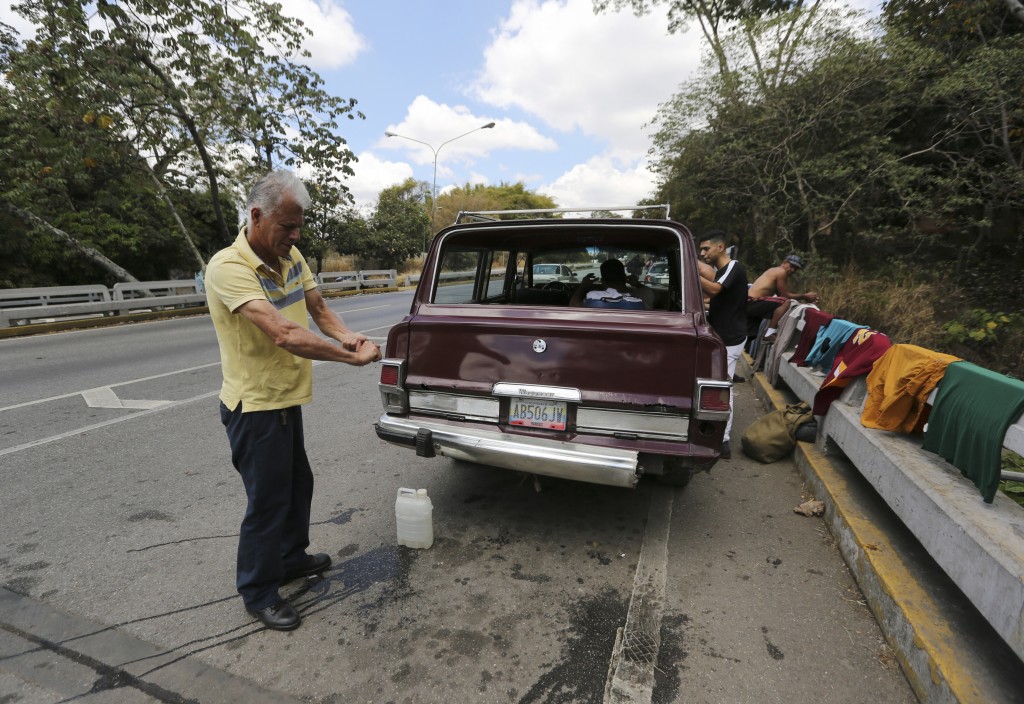 CARACAS, Venezuela (AP) — After generations of breathing life into Venezuela's crowded capital, the tree-covered slopes of El Avila mountain looming above Caracas are being transformed into a public bath amid worsening power failures that are disrupting life in the crisis-wracked country.

Every day, hundreds of people without running water hike up from the city on Avila's winding trails to bathe, wash clothes and collect water to carry home. To the dismay of environmental activists who fear the damage will be irreversible, people are littering its slopes and creeks with shampoo and water bottles, food wrappers, cardboard and old clothes.

Wildfires in recent weeks that charred swaths of the drought-stricken mountain have compounded the damage, threatening to leave long-term environmental scars on the land declared a national park six decades ago.

"I never would have imagined doing this here," Escalante said while soaking a shirt in a bucket of stream water and detergent after scrubbing it on a rock. "We have the government to thank for this."

Residents of Caracas have been crowding waterways in the park of 315 square miles (81,800 hectares) every day since Venezuela's power grid failed March 7, knocking out lights as well as the pumps that move water to homes.

The nationwide blackout, and others that have followed, comes as President Nicolas Maduro and opposition leader Juan Guaidó struggle over power. The opposition, which blames Venezuela's economic collapse on mismanagement and damaging policies by the socialist government, is trying to oust Maduro with backing from the United States and some 50 other nations.

Officially given the indigenous name "Waraira Repano," or "Sierra Grande," the park is home to dozens of birds and other species, such as opossums, bats, squirrels, pumas, foxes, porcupines and deer.

The wildlife relies on its pristine brooks and creeks for water and the animals put their nests and burrows amid the vast stretch of trees and shrubs that is now being invaded by humans.

"It gives you the shivers," he said of his bath in the crystal-clear Chacaito stream, scooping water with his hands to rinse soap from his head and body while standing thigh-deep. "But you have to put up to get by."

Nearby, a thin man wearing jeans and a light blue sweat shirt filled plastic bottles with water. Then he unzipped his trousers and tried to urinate unnoticed in the stream.

Wildfires that have hit the park lately and the influx of people have put the mountain in a "high risk" situation, said José Manuel Silva, director of Venezuela Verde, a charity dedicated to environmental protection.

"It's having a big impact on Avila," Silva said.

But there is little that can be done to protect the park amid Venezuela's economic crunch, he said. He noted that state agencies have had to dramatically reduce numbers of park rangers and firefighters. And, he added, it's impossible to stop the influx of people searching for water — a basic human necessity.

Doing rounds at Avila, a National Parks Institute official said authorities are aware of the trash piling up and the environmental damage.

But the official, who insisted on speaking anonymously because he was not authorized to comment, said his work is now limited to guaranteeing that people who come to Avila for water "don't get out of hand."

Lopez, the liquor store clerk, conceded that he is also concerned about the treasured park's fate. Near his makeshift bath, somebody had left behind old clothes hanging on bushes.

Even the soap and laundry detergents he uses will take a toll, Lopez said. But he said he has few other options to get cleaned up.

"You don't truly appreciate the things you have until you've lost them," he said.