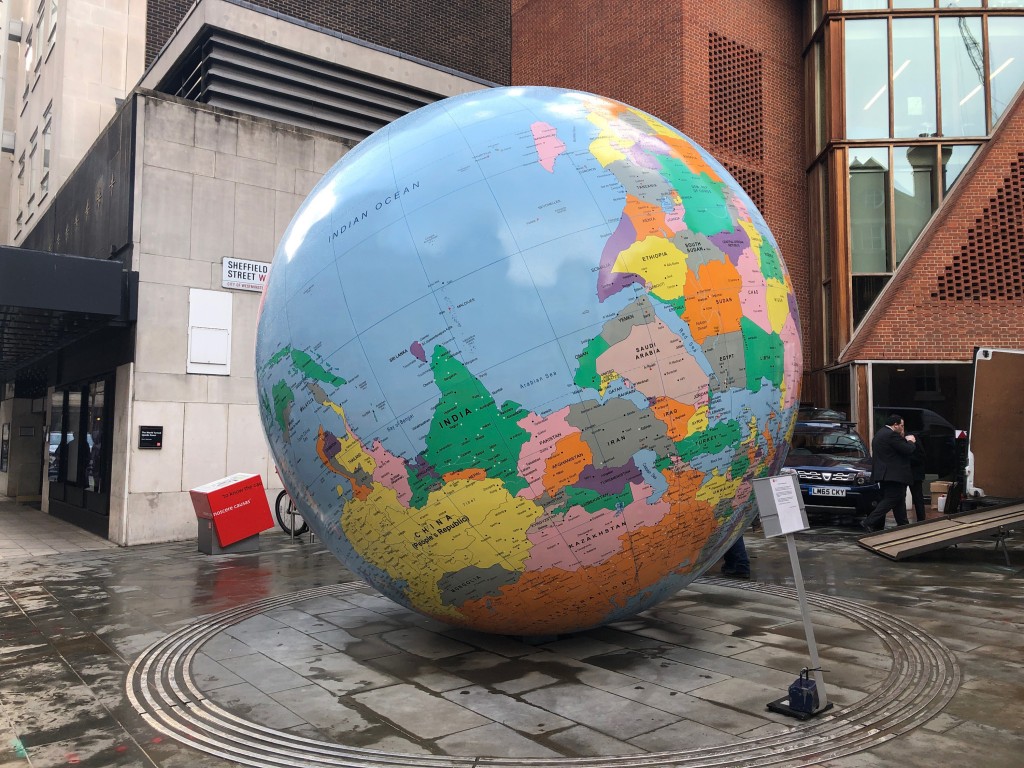 A group of Taiwanese students and researchers in London on Thursday demanded the London School of Economics (LSE) reverse a decision to change a sculpture on its campus in a way that implies Taiwan is part of China.

Formosa salon, a Facebook group with about 2,000 members, launched an online petition criticizing LSE, following the school's decision to change the sculpture so the color of Taiwan, which was originally different to that of China, will be the same.

"The decision of LSE has ignored the fundamental fact that Taiwan and China are two distinct countries, with separate executive, legislative, judicial, economic, social and cultural systems," the group said in the petition.

The group called on every freedom-loving, democracy-supporting and human-rights-defending country, organization and individual, including LSE, to join together to resist China's "sharp power" and be aware of the consequences of indulging the spread of such power around the world.

"Last but not least, we must, again ask LSE to withdraw its decision and let the artwork retain its original appearance," the group said.

LSE alumnus Lin Fei-fan（林飛帆), one of the leaders of the Sunflower movement in Taiwan, which was rooted in opposition to the Cross-Strait Services Trade Agreement in 2014, urged his Facebook followers to join the petition, adding it was regrettable LSE caved in to Chinese pressure.

Asked about the issue, the British Office Taipei noted that the U.K. government's longstanding policy on Taiwan has not changed.

"We refer to Taiwan as Taiwan. This is ultimately a matter for LSE, an independent institution," the de facto U.K. embassy stated.

Located outside LSE's Saw Swee Hock Student Centre, "The World Turned Upside Down" is a large political globe, four meters in diameter, with nation states and borders outlined but with "the revolutionary twist of being inverted," according to information on the LSE website.

Most of the landmasses now lie in the "bottom" hemisphere, it noted.

However, after the unveiling Chinese students at LSE lodged a protest over the use of different colors for Taiwan and China.

Following a meeting Wednesday between Chinese students and their Taiwanese counterparts organized by the school authorities, LSE decided to accept the latter's proposal to change the globe's original design by making Taiwan the same color as China.

Earlier Thursday, Taiwan's Ministry of Foreign Affairs (MOFA) spokesman Andrew Lee (李憲章) said the ministry has asked its representative office in the U.K. to ask the school to reconsider its decision.

Taiwanese students at LSE issued a statement, calling on the school to retain the original design of the art work.