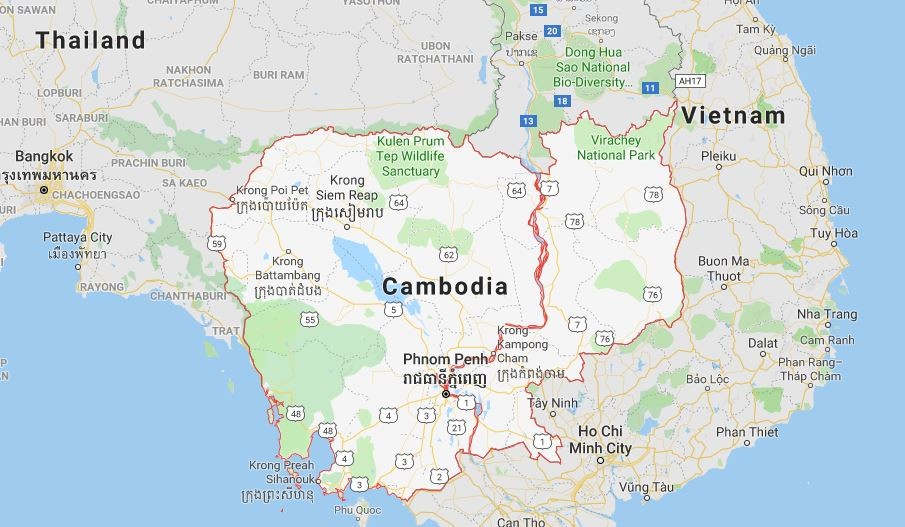 TAIPEI (Taiwan News) -- The World Organization for Animal Health (OIE) on Wednesday (April 3) announced the first reported case of the African Swine Fever (ASF) in Cambodia and Taiwan's Bureau of Animal and Plant Health Inspection and Quarantine (BAPHIQ) said travelers arriving in Taiwan from the Southeast Asian nation caught carrying pork products would face a fine of NT$200,000 (US$6,489) and failure to pay results in denial of entry for foreigners.

The OIE on Wednesday (April 3) announced that Cambodia'a Ministry of Agriculture, Forestry and Fisheries reported the first confirmed case of ASF in the country at a hog farm near the border with Vietnam. The ministry said that the virus was first reported at a hog farm Ratanakiri Province on March 22 and has resulted in the death of 400 pigs, along with the culling of 100 more.

To prevent the spread of the virus to Taiwan, the BAPHIQ announced that same day that if this is confirmed, travelers arriving from Cambodia found to be carrying pork products will face a fine of NT$200,000. Feng Hai-tung (馮海東), director-general of the Animal and Plant Health Inspection and Quarantine, was cited by CNA as saying that travelers arriving from Cambodia who are caught carrying pork products a second time will be fined NT$1 million. Ratanakiri Province where the outbreak has been reported. (Wikimedia Commons image)

Feng called on passengers not to violate the regulations, and cooperate with the effort to prevent the spread of the epidemic and to protect the domestic pork industry. Feng said that the official new fines for passengers arriving from Cambodia with pork products in hand will go into effect at 4 a.m. on April 4.

Hsu Jung-bin (徐榮彬), a BAPHIQ senior official, was cited by the news agency as saying that the two Cambodian airports with flights to Taiwan are Phnom Penh and Angkor Wat. He said the only airport in Taiwan which receives flights from Cambodia is the Taiwan Taoyuan International Airport, while "100 percent" of any luggage arriving from the country at other airports in Taiwan already undergo inspections.

Foreign visitors caught in Taiwan bringing in pork products from any country which has an outbreak of ASF must pay a fine of NT$200,000 before they can enter the country.

There is no cure for ASF, but the disease does not pose a threat to humans. Before the outbreak reached Vietnam in February, the disease had been spreading like wildfire across China. The state-run media outlets have reported 116 outbreaks of ASF across China since August of last year, but many experts suspect that the actual epidemic is far worse than the authoritarian state will officially acknowledge.