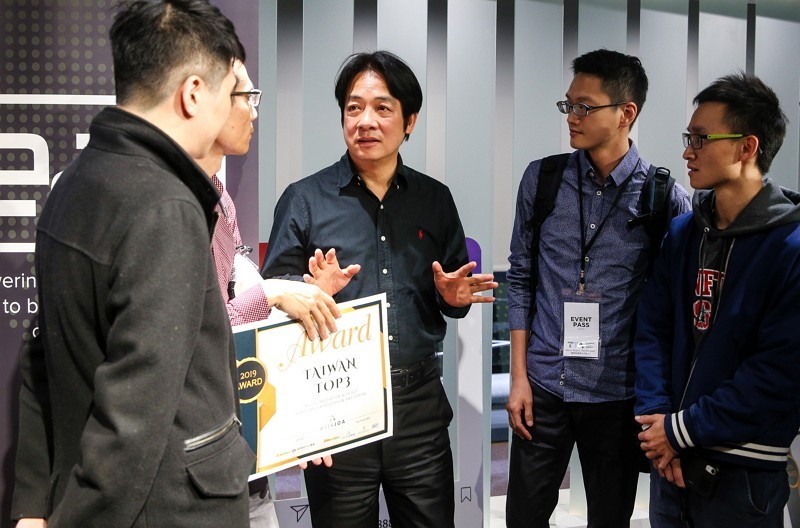 Lai is competing with President Tsai Ing-wen (蔡英文) for the Democratic Progressive Party (DPP) nomination for the January 11, 2020 presidential election.

On Tuesday, he visited the “Echelon” innovation forum in Taipei, where media noted he took off his suit jacket before conversing with young entrepreneurs and creatives. Lai explained that as mayor of Tainan and as premier, he always wore a suit, but the forum was an event for young people, so he did not want to create unnecessary distance, the United Daily News reported.

Addressing the audience, he said that Taiwan’s first economic miracle had been based on contract manufacturing, but its second one would rely on brains designing software and driving hardware, with innovation the main inspiration.

As the World Economic Forum indicated, Taiwan shared the No.1 position in the world for innovation, so the government should provide young people with more opportunities for resources and education, Lai said.

On Wednesday, DPP officials said they were arranging a meeting between the former premier and the president, though no date has been announced yet. A special five-member committee is trying to bring the two sides closer together, while some local party officials showed up outside DPP headquarters Wednesday to present their case to support Tsai as presidential candidate and Lai as her running mate, the Central News Agency reported.