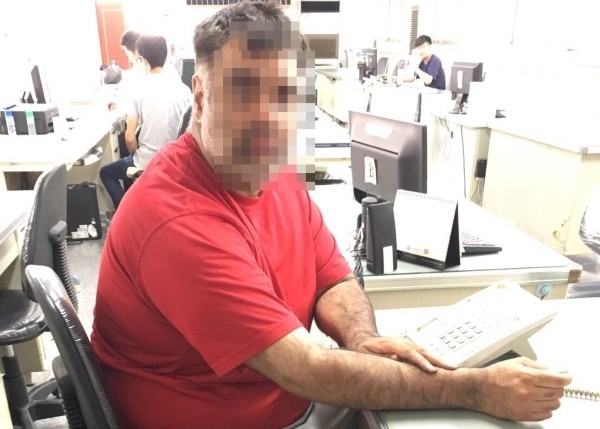 TAIPEI (Taiwan News) -- A Canadian man suspected of suffering a mental disorder was arrested on Tuesday in southern Taiwan after he harassed a female convenience store clerk, smashed a car, and shoved a police officer.

The 46-year-old suspect, identified by the name Gosal, who has previously worked as an English teacher in Taiwan and other Asian countries, arrived in Taiwan on a tourist visa in February and has been living in a daily rental suite in Tainan's Anping District, reported Liberty Times. During this period, he has reportedly been accosting a number of people in the area, including two reports of harassing a Taiwanese female convenience store clerk.

On Sunday (March 31), Gosal approached the female shop attendant and repeatedly told her that he "needed help." When she asked what he needed, he would sometimes laugh but not respond, while on other occasions, he would say "you know," according to the report.

Gosal then stayed in the store and refused to leave. The police were dispatched to the scene several times, but each time Gosal would pretend that nothing was amiss and officers had no cause to detain him. On Monday (April 1), Gosal began harassing the female clerk for a second day in a row. After she called the police, immigration agents arrived and took him to the local office of the National Immigration Agency (NIA).

Immigration officers assessed that Gosal may be suffering a mental illness, but as he had not committed any crimes, they had no reason to deport him from the country.

At midnight on Tuesday (April 2), Gosal reportedly picked up a motorcycle helmet and used it to bash a car which had been parked by the side of the road. Police received reports of a foreign national obstructing traffic and harassing motorists in the middle of the street. When five policemen arrived on the scene, Gosal shoved an officer surnamed Hsu (許) in the chest and allegedly even threatened to strike him, reported UDN. The police officer then doused Gosal in the face with pepper spray, causing him to become compliant within seconds.

Gosal was then held in detention for one night. When the owner of the car was informed by police of the vandalism against his vehicle, he declined to press charges.

When police questioned Gosal about his behavior, he would repeatedly say "I won't tell you" or "I am from Canada, you know." After questioning, police transferred Gosal to the Tainan District Prosecutor's Office on charges of Interference with Public Functions (妨害公務罪) and the NIA has been contacted to access whether his actions warrant deportation. 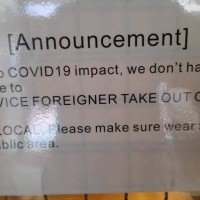