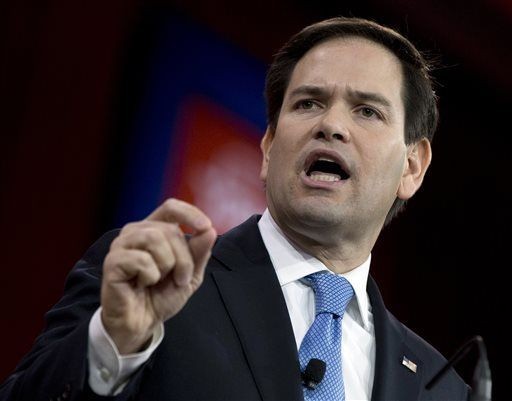 TAIPEI (Taiwan News) -- In response to news that Chinese fighter jets crossed over the Taiwan Strait median line on Sunday, U.S. Sen. Marco Rubio today on Twitter said that such incursions would not 'scare U.S.' into dropping its commitments to Taiwan and it is a reminder of the need to "strengthen Taiwan's ability to defend itself."

At a military ceremony on Monday (April 1), Taiwan President Tsai Ing-wen (蔡英文) protested the PLAAF’s provocative action and admonished Beijing. She called on the country not to intentionally provoke Taiwan, create trouble, nor challenge the cross-strait status quo.

Later on Monday, Trump's national security adviser John Bolton took to Twitter to say that China's aggressive military actions would not "win any hearts and minds in Taiwan," but would instead "strengthen the resolve of people everywhere who value democracy." He then emphasized that the U.S. commitments to the Taiwan Relations Act "are clear."

On Tuesday, Rubio responded to Bolton's tweet by saying that China's incursions into Taiwan's airspace would not "scare the U.S. into abandoning its commitments." He added that Beijing's military aggression only serves to remind the U.S. of the need to further bolster "Taiwan's ability to defend itself."

The recent uptick in #China incursions into #Taiwan air zone is not going to scare the U.S. into abandoning our commitments.

In fact,it is a reminder of the need to further strengthen Taiwans ability to defend itself. https://t.co/nRDBG6Kk1a