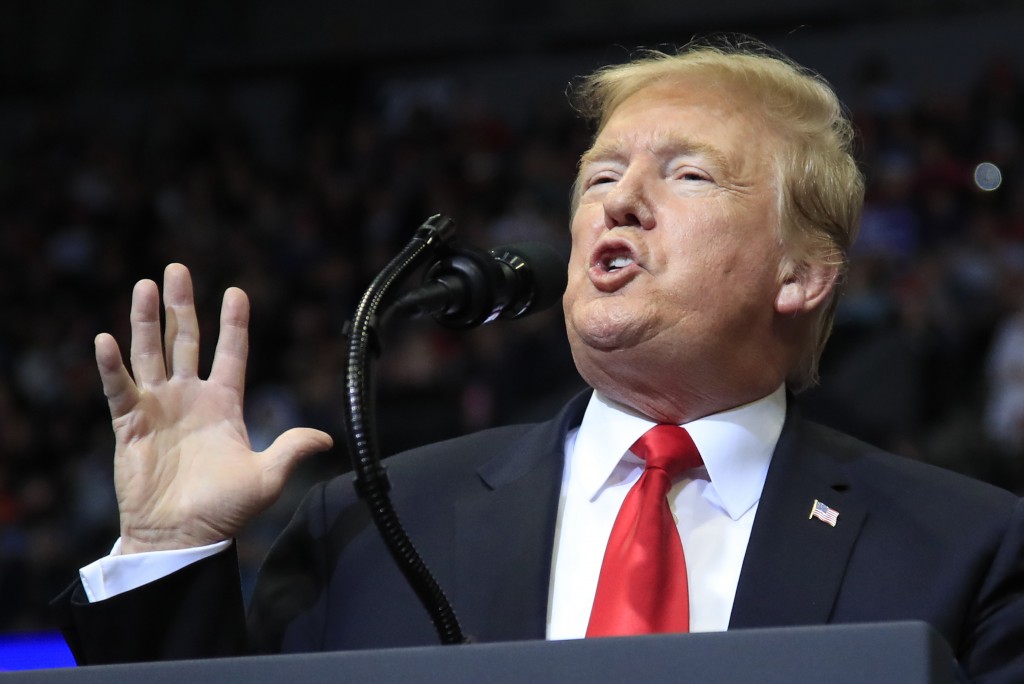 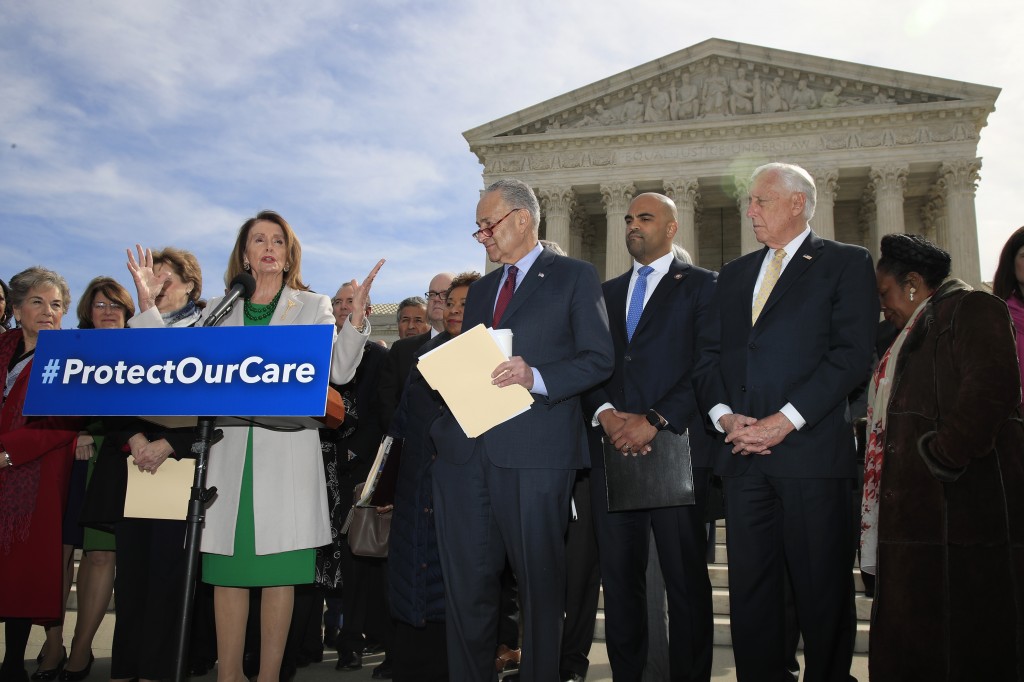 WASHINGTON (AP) — Senate Majority Leader Mitch McConnell warned President Donald Trump to hold off action in Congress to replace the Affordable Care Act, telling him to instead take it on the road as a 2020 campaign issue.

The two spoke Monday ahead of Trump's evening tweets suggesting he had moved off his push for a big new health care bill.

"I made it clear to him that we were not going to be doing that in the Senate," McConnell told reporters Tuesday.

Asked if there was any difference between the two of them, the Republican leader said, "not any longer."

McConnell said Trump told him he "accepted" the situation "would be developing a plan that he would take to the American people during the 2020 campaign." Trump indicated the new proposal would be what he "would be advocating in a second term if there were a Republican Congress."

McConnell added, "So we don't have a misunderstanding about that."

Trump's latest tweets punted the promise of a new GOP bill, which ran into stiff resistance from Republicans in Congress.

They encouraged him to focus instead on bipartisan health care changes they could accomplish with Democrats — including lowering prescription drug prices — rather than an overhaul of the "Obamacare" law that's proved futile. Senate Majority Leader Mitch McConnell has made it clear Republicans should instead spend their time attacking the Democrats' "Medicare for All" proposals.

Trump's shift — he tweeted Congress will vote on a GOP plan after the elections "when Republicans hold the Senate & win back the House" — makes it clear the health care debate will be left for voters to decide during the race for the White House.

"He wants to work with Congress in order to come up with the right health care plan," Sanders said.

Republicans have been speaking publicly and privately to Trump since he surprised them last week with an unexpected pledge that the GOP will be "the party of health care." They don't yet have a comprehensive proposal to replace the ACA law and had no big plans to unveil one.

Trump's Monday night admission that a health care vote would not happen until after the elections came after he heard from lawmakers that it wasn't the right time to pivot to the issue, said a person familiar with the conversations who was not authorized to speak publicly.

McConnell told Trump during their conversation Monday that the president needed to listen to what he was saying, said a Republican familiar with their talk and granted anonymity to discuss it. And he did, the person said.

On Capitol Hill, Republicans were relieved. The No. 2 Republican, Sen. John Thune of South Dakota, said the president "has some big ideas and, to his credit wants, to solve problems."

But Thune said, "you run into that wall of reality," of a divided Congress with Democrats in control of the House, which requires bipartisanship.

"Trying to convey what the obstacles are to getting what he wants to get done in the next two years is something I think a number of our members conveyed to him," Thune said.

Trump's effort to repeal former President Barack Obama's 2010 health care law narrowly failed in the Senate in 2017. And while Republicans gained Senate seats last fall, GOP senators — particularly those up for re-election next year — weren't looking for another fight over the law.

Health care, especially protections for people with pre-existing conditions, resonates with voters and helped Democrats in the November elections.

Democrats were quick to pounce Tuesday after Trump's retreat.

Senate Minority Leader Chuck Schumer said Trump will "hold Americans hostage through 2020" on an issue that affects millions of people. He said that when Trump "insists he has a magic plan that we can see if only the American people re-elect him," it isn't true.

Unveiling a plan for a Medicare-like public option to be offered under the Affordable Care Act, Sen. Tim Kaine, D-Va., called the president's tweeting "a classic Trump mis-direction."

Sen. Michael Bennet, D-Colo., said Trump has failed to deliver on a promise for quality, affordable health care for everybody.

"His record is going to be very clear as he runs," said Bennet. Republicans don't have a plan besides trying to "blow up" the ACA, he said.

According to AP VoteCast, a survey of more than 115,000 midterm voters nationwide, nearly 4 in 10 Democratic voters identified health care as the most important among a list of key issues. A Quinnipiac University poll last week found 55% of Americans supporting the improvement and not the replacement of the nation's health care system.

With Democrats controlling the House, any attempt to dismantle the law could not pass Congress.

Still, Trump last week appeared to commit his party to a new push for a plan to replace the health law.

"We are working very hard on that," Trump said as he was heading out to a Michigan rally.

He said Republicans "are going to work together to come up with something that's really spectacular."

In his late-Monday tweets, Trump claimed Republicans are developing a plan with cheaper premiums and deductibles that "will be truly great HealthCare that will work for America."

Challenges to the 2010 law are making their way through courts.

Last week, the Trump administration told a federal appeals court it wants the entire Affordable Care Act struck down, an outcome that could leave millions of people uninsured.