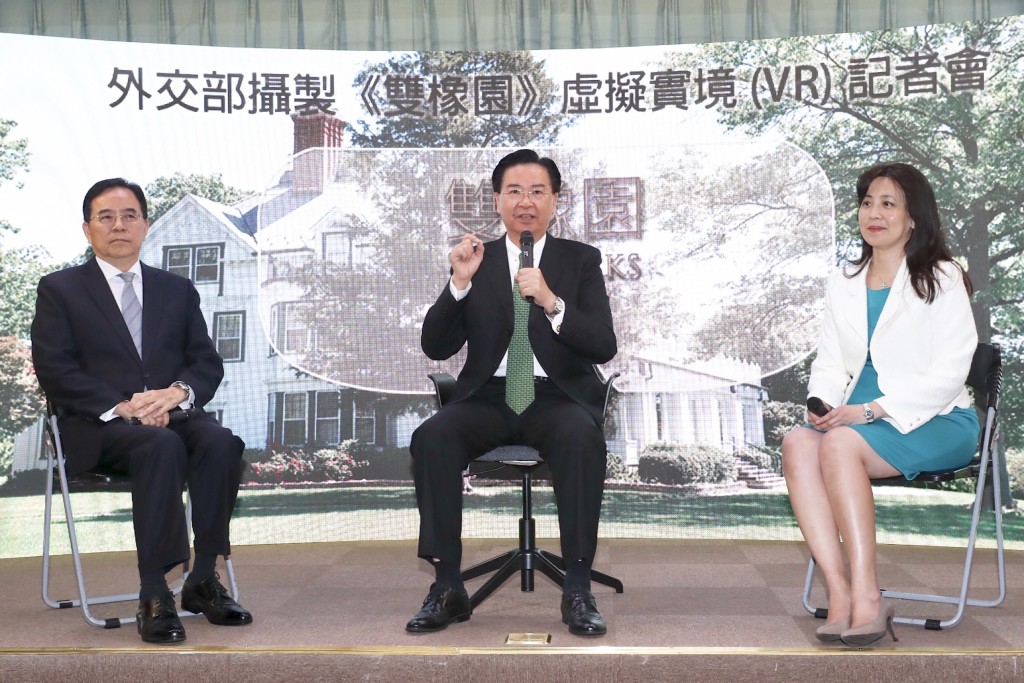 TAIPEI (Taiwan News) — Taiwan’s Ministry of Foreign Affairs (MOFA) released its first ever virtual reality film on Tuesday to promote the Taiwan-U.S. partnership and to commemorate the 40th anniversary of the Taiwan Relations Act (TRA).

In the eight-minute short film, a young official from Taiwan’s representative office in the United States talked about the history and significance of Twin Oaks, an establishment long serving as the residence of Taiwan’s ambassadors and representatives in Washington, D.C.

Foreign Minister Joseph Wu (吳釗燮) said after watching the VR video at a press conference on Tuesday that Twin Oaks is an important asset belonging to all the Taiwanese people, and that it has witnessed various significant moments in the Taiwan-U.S. relations. Wu hopes that through this film, Taiwanese people will recognize the hard work done by different generations of Taiwanese ambassadors and diplomats in order to promote a closer relationship between Taiwan and the United States.

Henry Chen (陳銘政), director-general of MOFA’s Department of International Information Services, said in commemoration of TRA’s 40th anniversary, the department decided to make a film with a focus on Twin Oaks, a very important site for the foreign affairs of the Taiwan government, as a way to reflect upon the development and progress of the Taiwan-U.S. partnership.

It took the ministry half a year to prepare for the VR project with a budget of NT$2.5 million, Chen said. He also said the ministry will likely set up a VR section, presumably in the Presidential Office, so that visitors will be able to see the film in VR version.

In order for the film to reach a wider audience, there is also a 4K version of the film available on MOFA's YouTube channel, added Chen.

Speaking about the challenge during filming, the director of the video, Lee Keui-mu (李奎穆), said his team made a great effort to obtain authorization from the U.S. government to use a drone in Twin Oaks, which sits just 5.5 kilometers away from the White House. The team was also under surveillance by the police while filming with a drone, added Lee.