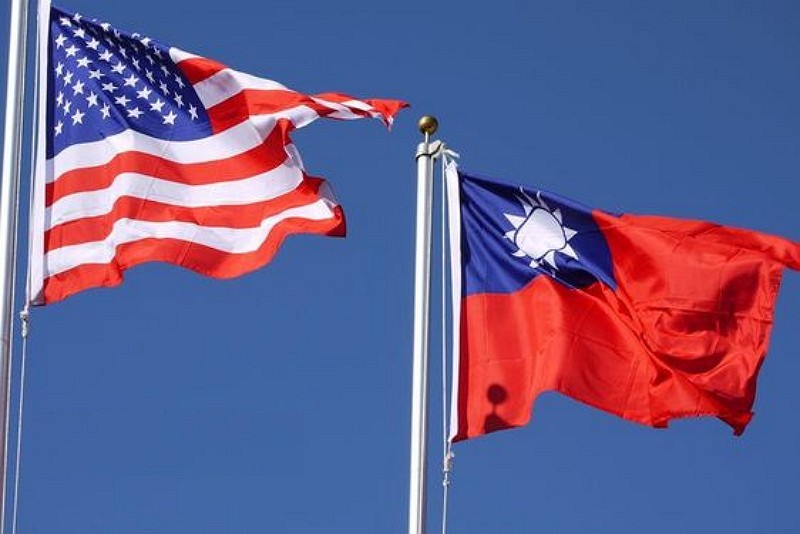 The United States overtook China to become Taiwan's largest debtor at the end of 2018 on an ultimate risk basis, according to the local central bank.

Data compiled by the central bank showed that outstanding international claims by Taiwanese banks from the U.S., as of the end of 2018 totaled US$73.67 billion, topping US$66.57 billion in exposure to China on an ultimate risk basis, which calculates a country's consolidated debts after risk transfers.

Market analysts said the increase in Taiwanese banks' exposure to the U.S. reflected their fund allocation needs by putting more funds in the U.S. market.

On a direct risk basis, Taiwanese banks' exposure to the U.S.as of the end of last year totaled US$75.68 billion, which passed outstanding claims on China at US$44.85 billion, the data indicated. It was the third consecutive quarter Taiwanese banks' exposure to China has moved lower on an ultimate risk basis on the back of volatility suffered by the Chinese yuan, which dragged down the value of the exposure converted into U.S. dollars, the central bank said.

During the fourth quarter, the continued fall in yuan deposits held by banks operating in Taiwan was also cited as a reason for the decline in bank exposure to China, the central bank said.

In addition, as trade friction between Washington and Beijing continues, many banks in Taiwan have adopted a more prudent attitude on lending to China, which sent their exposure even lower, analysts said.

According to the central bank, the exposure of local banks to China on an ultimate risk basis fell to its lowest since the end of June 2016, when the figure stood at US$62.4 billion. At the end of 2018, outstanding international claims by banks in Taiwan fell 0.30 percent from the end of September to US$406.0 billion. The decline largely resulted from a drop in loans extended to foreign banks and the private sector in foreign countries, the central bank added.

After the U.S. and China, Hong Kong was third in terms of Taiwanese banks' exposure on a direct risk basis with US$35.75billion, followed by Luxembourg with US$35.50 billion in exposure, and Japan with US$30.22 billion, according to the central bank.

Meanwhile, Australia took sixth place with US$19.99 billion in exposure, ahead of the Cayman Islands with US$17.32 billion, the United Kingdom with US$15.73 billion, Singapore with US$14.24billion and the British West Indies with US$13.75 billion. Bank exposure to Taiwan's top 10 debtors at the end of 2018 stood at US$302.6 billion, accounting for 74.52 percent of the country's total international claims on a direct risk basis, the central bank said.