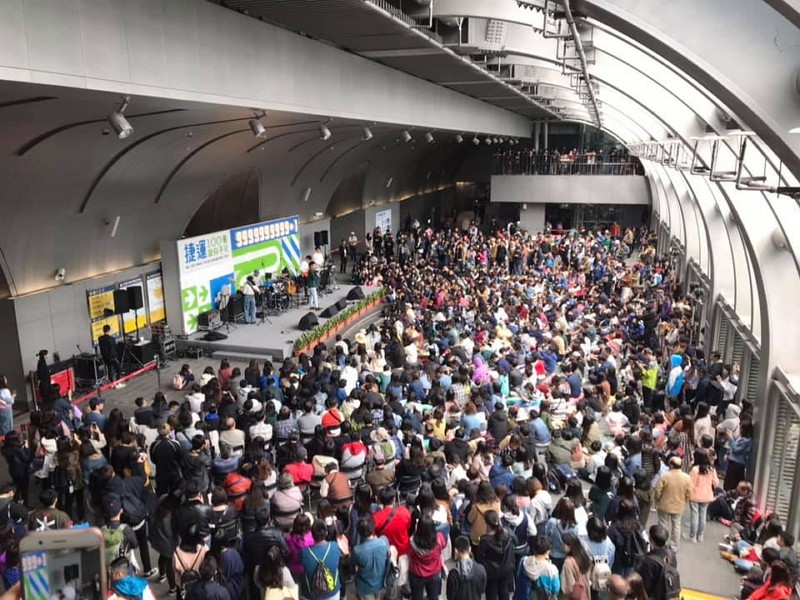 The Taipei metro system reached a major milestone Sunday when it logged its 10 billionth passenger, according to its operator Taipei Rapid Transit Corp. (TRTC).

The passenger, who entered the metro system at 11:35 a.m., will receive a gift of a laptop computer valued at around NT$30,000 (US$972) and will be allowed free rides on the metro for one year, TRTC said.

The company said it will also give free rides of up to 90 days to 10 other passengers -- the five before and after the 10 billionth rider.

The 10 billionth passenger was traveling on the Orange, or Zhonghe-Xinlu, line and entered at Xinzhuang Station with a metro pass bearing the number 9122117626706366, according to TRTC.

The prizes are being offered as part of the TRTC's celebratory activities that were launched earlier this month in anticipation of its 10 billionth passenger after 23 years of operation.

The activities included a fun game to predict the station where the 10 billionth passenger will be recorded, a poll to vote for the most popular MRT line, and a lucky draw for people whose names contain the Chinese characters 百, 億, 人, 次, all of which are related to "10 billionth passenger".