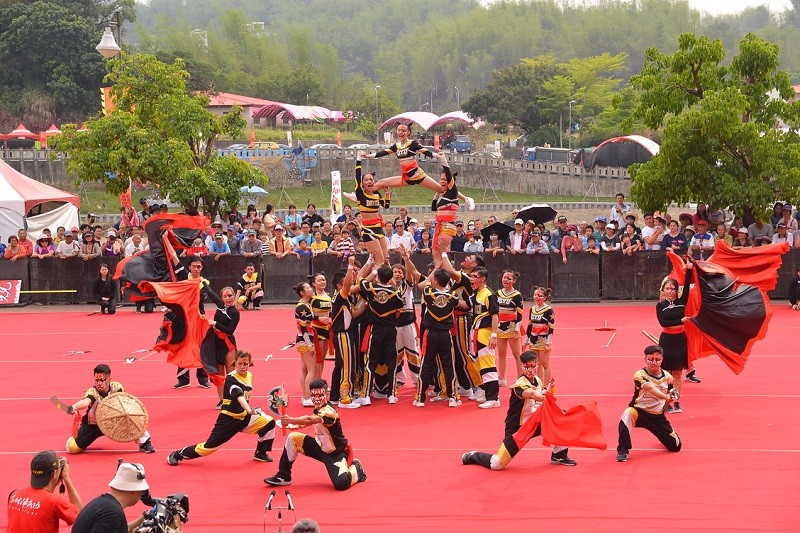 TAIPEI (Taiwan News) – Watching enchanting Song Jiang Battle Array performances as well as folk performances in Neimen District, Kaohsiung, during the four-day Tomb Sweeping Day holiday, would be a fun activity for people in southern Taiwan to attend besides paying homage to their ancestors in front of their tombs.

The 2019 Kaohsiung Neimen Song Jiang Battle Array was kicked off on March 30 at the event’s venue, Shunsian Temple (順賢宮) in Neimen.

During the Religious Carnival, April 1 -5, there will be performances by Song Jiang battle array troupes from far and near, as well as folk art performances by local junior high and elementary schools, according to the event’s schedule.

The event will culminate on April 6 when six battle array teams battle it out in the final of the Creative Song Jiang Battle Array Contest in front of Shunsian Temple.

Free shuttle buses between Cishah Transfer Station (旗山轉運站) and Neimen will be provided every 30 minutes from 10 a.m. to 8 p.m., April 4 - 6, according to event organizers.

Short guided tours, divided into three tour routes with free shuttles, including a route to Cishan, will also be provided on April 5 and 6.