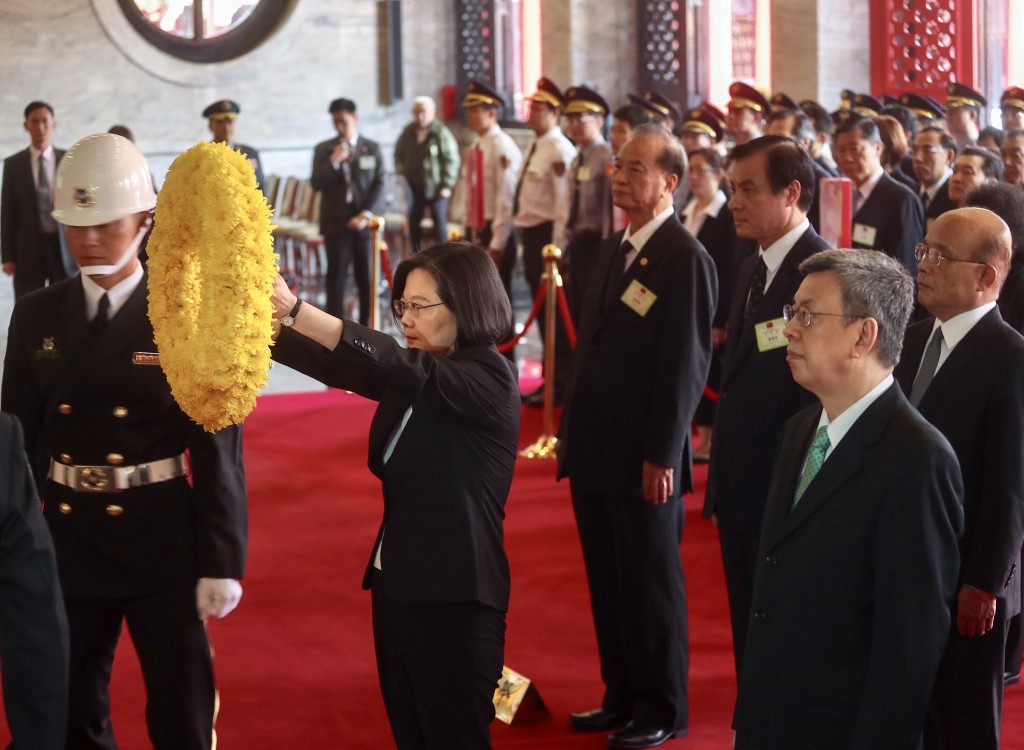 She read a message mentioning the “building of a new home in a new era,” the Central News Agency reported.

The president was accompanied at the event by all the prominent government leaders, including Vice President Chen Chien-jen (陳建仁), who announced later in the day he would not run for re-election next year, and the heads of the five branches of government, including Premier Su Tseng-chang (蘇貞昌).

The ceremony started with the beating of drums, followed by the singing of the national anthem and the offering of flowers. The president and the other government officials bowed three times in a sign of respect before leaving, CNA reported.

The event marked Tsai’s first public appearance since returning from her “Oceans of Democracy” tour of three allies in the Pacific, Palau, Nauru, and the Marshall Islands. Her eight-day trip ended with a stopover in the American state of Hawaii.