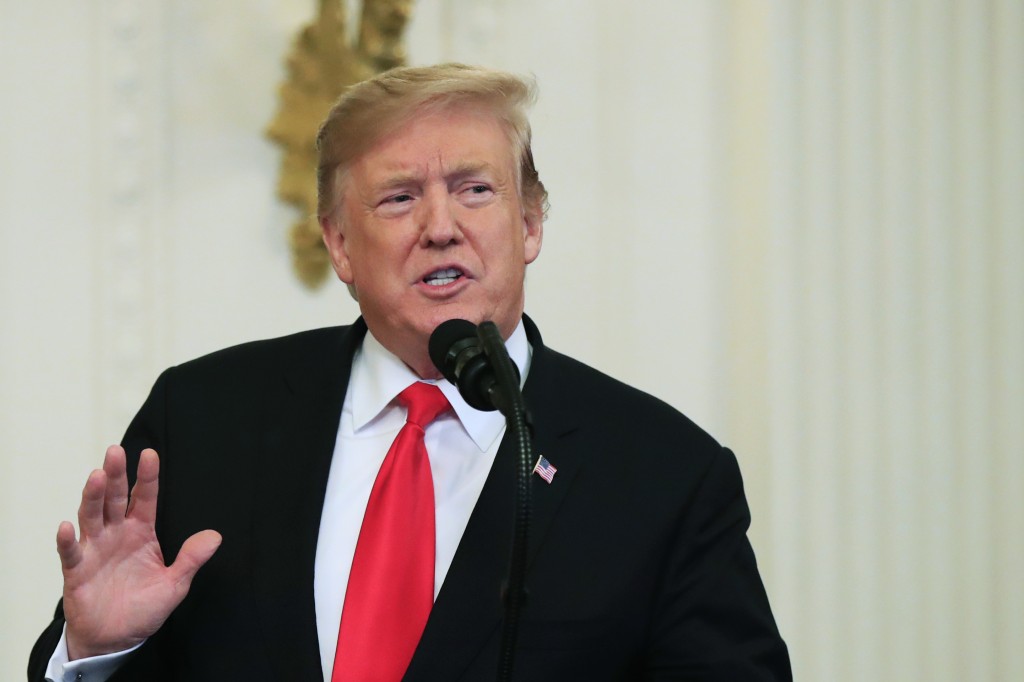 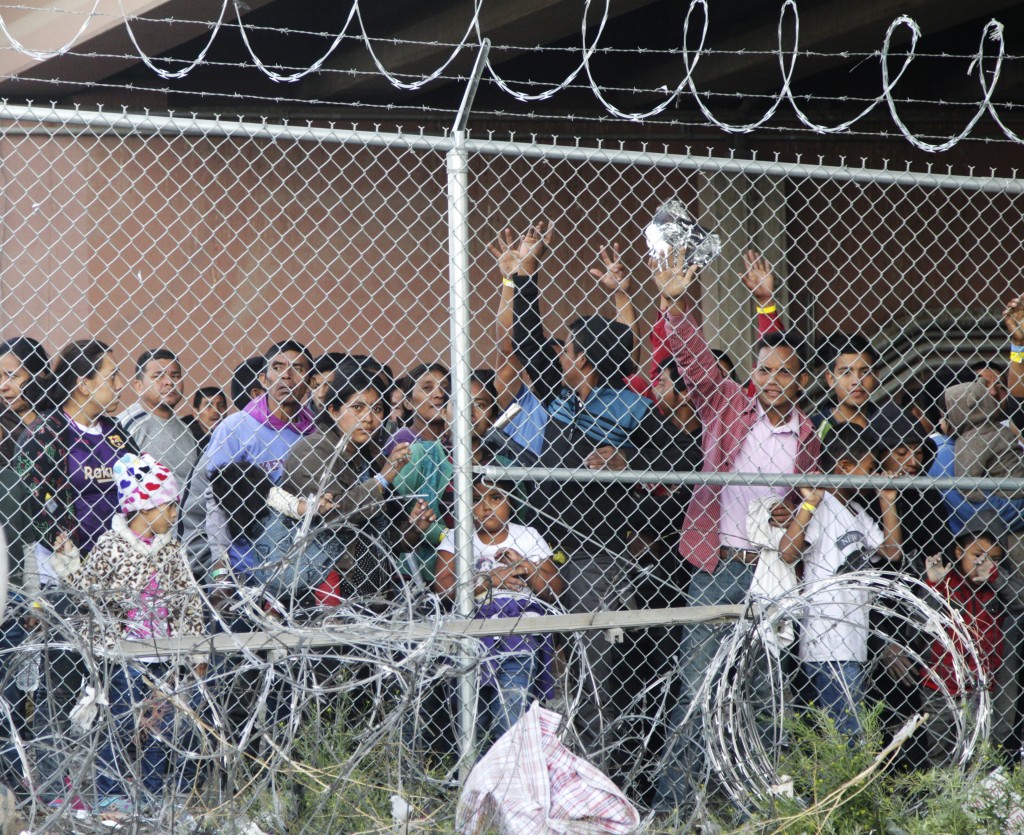 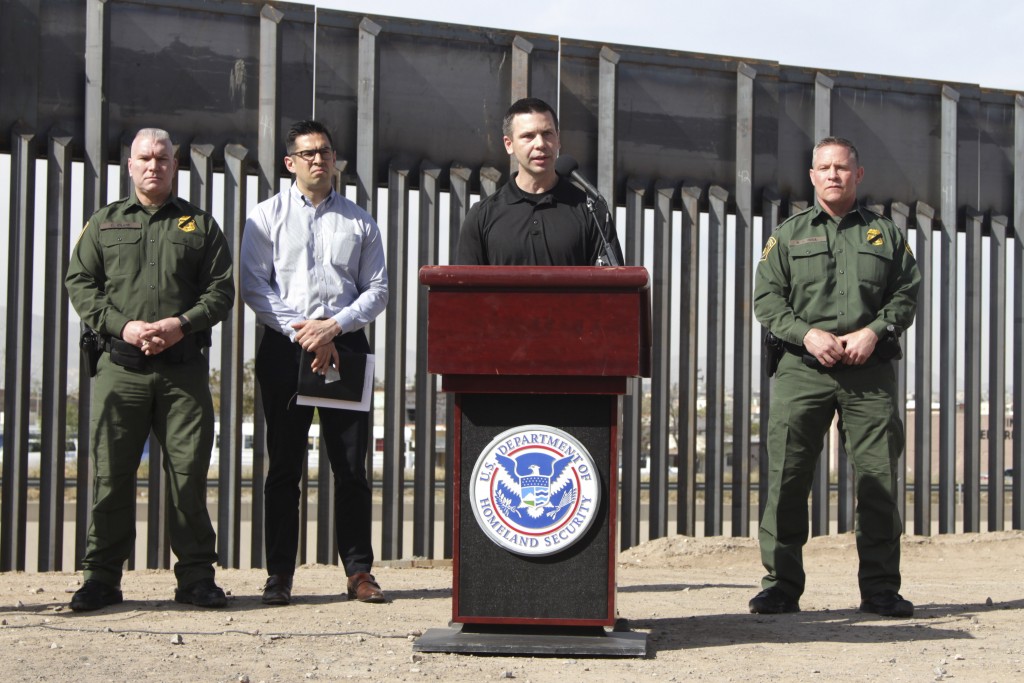 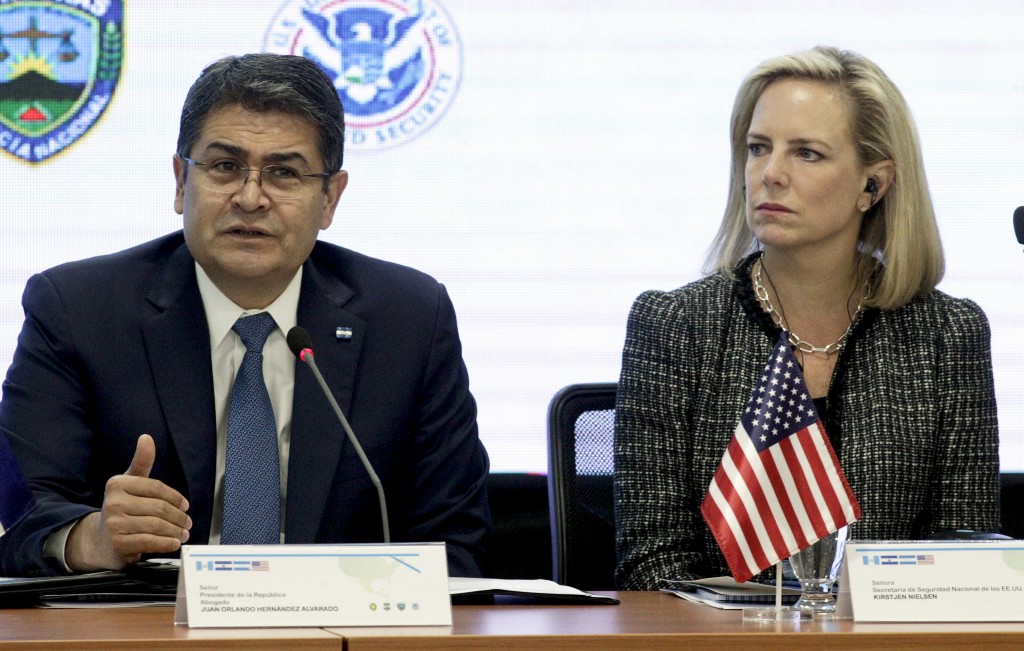 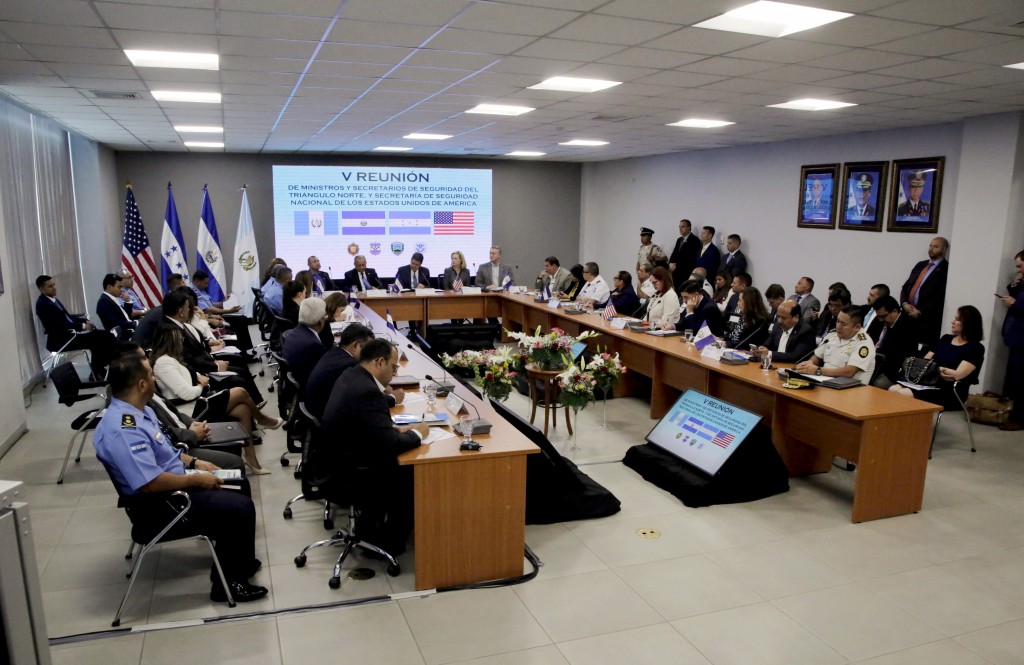 WASHINGTON (AP) — President Donald Trump on Thursday accused Mexican and Central American leaders of doing "nothing" to prevent illegal immigrants from coming to the United States — one day after his administration signed an agreement with some of those same leaders aimed at reducing the number of migrants streaming north.

Trump's tweet risked undermining his administration's diplomatic efforts on immigration, and came as Mexico said it planned to set up a "containment belt" of federal forces to stem an increasing flow of Central American migrants.

"Mexico is doing NOTHING to help stop the flow of illegal immigrants to our Country," he tweeted. "They are all talk and no action. Likewise, Honduras, Guatemala and El Salvador have taken our money for years, and do Nothing."

Trump's remarks stood in contrast with those of Homeland Security Secretary Kirstjen Nielsen, who expressed gratitude for the collaboration among regional leaders in addressing border problems. She met with Mexican officials and traveled to Honduras this week to meet with leaders of that country, Guatemala and El Salvador. The U.S. and Central American officials signed a border security compact Wednesday that aims to expand intelligence sharing, address human trafficking and combat transnational gangs.

"America shares common cause with the countries of Central America in confronting these challenges," she said in a tweet Thursday, adding that all the countries were working toward the same goal. "Together we will prevail."

Mexican President Andres Manuel Lopez Obrador on Thursday acknowledged that migrants were increasingly coming north, "because there are no options, no alternatives in Central America."

Lopez Obrador said Mexico is doing its part to fight immigrant smuggling. "We are going to do everything we can to help. We don't in any way want a confrontation with the U.S. government."

He said Mexico was going to maintain a "very respectful relationship" with the U.S. government and Trump, adding that the U.S. concerns were legitimate.

For Trump, the tweet was a return to a signature policy and one that plays deeply to his base, wedged between victory tweets following the completion of special counsel Robert Mueller's investigation. Mueller's team found no evidence that Trump's campaign "conspired or coordinated" with Russia to influence the 2016 presidential election, according to a summary by Attorney General William Barr. The report reached no conclusion on whether Trump obstructed justice.

While overall arrests at the border are still well below highs of the early 2000s, the U.S. is facing a surge of Central American families who ask for asylum and who cannot be easily returned, straining the system, creating a huge backlog in cases, and overwhelming border facilities not set up to manage so many children and families.

Arrests along the Mexican border jumped to 66,450 in February, up 149 percent from a year earlier. March is shaping up to be even busier. U.S. Customs and Border Protection Commissioner Kevin McAleenan said the agency was on track to make 100,000 arrests or denials of entry during the month, up about 30 percent from February and about double the same period last year. About 55,000 people will have arrived as families, including 40,000 children.

"That breaking point has arrived this week," McAleenan said Wednesday in El Paso. "CBP is facing an unprecedented humanitarian and border security crisis all along our southwest border."

Mexico has already allowed the U.S. to return some migrants to Mexico to wait as their asylum cases play out. And Interior Secretary Olga Sanchez Cordero said the government would try to contain migrants heading north at the Isthmus of Tehuantepec, the narrowest part of the country's south and the easiest to control.

Meanwhile, in Washington, Trump has spent months clashing with lawmakers over his long-promised border wall and the fight included questions from Democrats on whether there actually was a "crisis" at the border.

That conflict escalated last month when Trump declared a national emergency to obtain billions in additional dollars for construction. The move drew bipartisan criticism that the president was seeking to improperly circumvent lawmakers and prompted Congress to pass a resolution opposing the move. But Trump vetoed the resolution and the Democratic-led House lacked the votes to override.