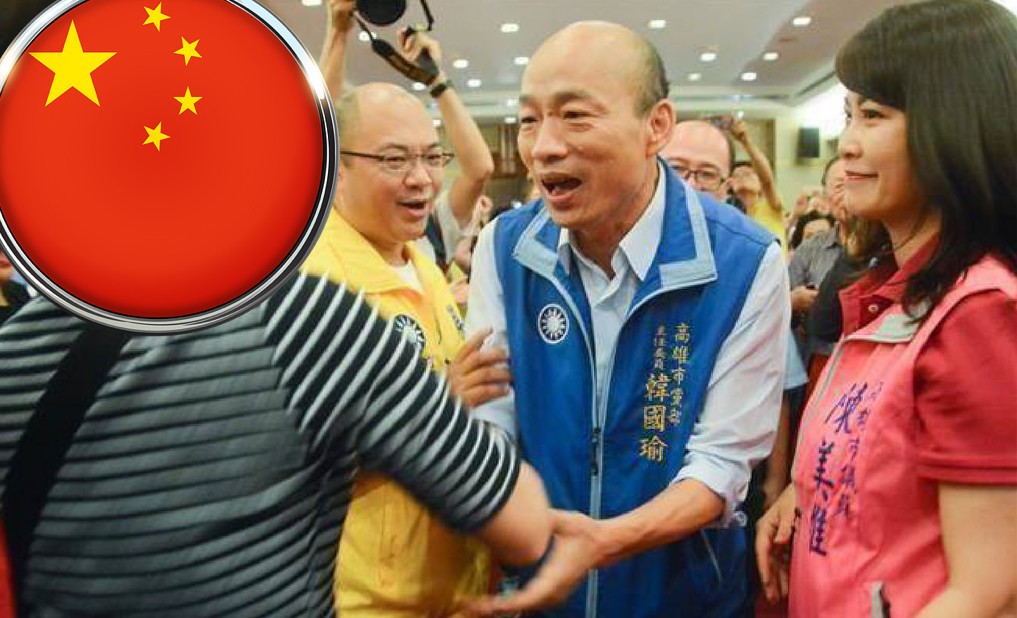 KAOHSIUNG (Taiwan News) -- Han Kuo-yu (韓國瑜) continues to dominate the headlines in Taiwan and while it hurts to give him the oxygen of publicity he so clearly craves, it is vital to look at little more closely at the extremely dangerous tightrope on which he is currently walking.

Former President of Taiwan, Chen Shui-bian (陳水扁) recently recorded a 25-minute video rant about Han in which he said, "If Han becomes president, everyone will die together."

His comment could be far more prescient than many people think, because the truth is that Han is playing fast and loose with Taiwanese national security and the consequences for the people of Taiwan could be dire.

In the past week, Han has met with the CCP's Director of the Hong Kong Liaison Office, Wang Zhimin (王志民) and the CCP’s Director of its Macau liaison office, Fu Ziying (傅自應). He also had lunch with the current Chief Executive of Hong Kong, Carrie Lam, who is widely recognized as being a CCP puppet.

His meetings with the two CCP officials were not in his official schedule, and Han has refused to tell anyone what was discussed in either of those meetings. While his lunch with Carrie Lan was officially scheduled in advance, it was not open to the media and again Han has refused to comment on what they talked about.

This raises a great many questions. Why all the secrecy if these were innocent meetings? Why were the meetings not on his official itinerary? Why is Han refusing to tell people what was discussed? If it were all innocent discussion about trade deals with Kaohsiung, what reason would he have for hiding the fact?

After all, as Mayor of Kaohsiung, if that were indeed the sole purpose of his visit, the electorate in Kaohsiung would no doubt be pleased. If it were not about Kaohsiung, why is Han even having meetings with officials from a hostile foreign regime.

In the absence of any hard evidence of the nature of these meetings (it is possible something could leak from Han’s office in the end) the people of Kaohsiung and indeed the rest of Taiwan can only speculate.

Did he discuss his Mayoral election campaign, where many people have speculated that the CCP were instrumental in his success through the onslaught of pro-Han fake news which originated from China?

There have even been some as yet unsubstantiated rumors that he received funding from Chinese sources, not least given that his first act as Mayor was to endorse the 1992 Consensus, to the considerable surprise of people in Kaohsiung.

Did he discuss a much-muted Presidential campaign? If so, why was he discussing this with a hostile foreign government? Did he discuss the recent-KMT proposal to negotiate a peace treaty between Taiwan and China? As a city mayor, this is something he has absolutely no right to discuss without prior approval from the Mainland Affairs Council (MAC) which would definitely not have been forthcoming.

Could he have even discussed the possible integration of China and Taiwan, something that the CCP wants, and which he supports, but the overwhelming majority of Taiwanese people oppose. If this is the case, he can expect to find himself in serious hot-water with central government and possibly even facing legal charges.

What Han’s actions tell us

In time, we might get the answers to some of these questions, although probably not all of them. But there are a few things that we can say beyond any real doubt as a result of Han’s recent activities.

The first thing is that the thirst for power displayed both Han and the KMT is insatiable. They are desperate to win back power at any cost and there are no lengths they will not go to achieve that. To win back the Presidency and control of the Legislative Yuan, they are clearly willing to compromise anything, including Taiwan's national security, if considered necessary. This is an extremely serious situation and presents a real danger to Taiwan and its people.

We can also conclude that Han is starting to believe his own hype. The brazenness of his actions in meeting not one but two CCP officials in secret during his trade mission to Hong Kong and Macau shows that he now believes his popularity is such that he can get away with pretty much anything.

The flippant responses he gave to journalists who asked him about the meetings only serve to emphasize this. When asked by a reporter from the Apple Daily about what he discussed, Han simply shrugged and said the meetings were “really boring”. When pressed by another reporter, he blurted out “What are you worried about? That I am going to sell out Kaohsiung?”

These are not the comments who someone who feels he is under genuine scrutiny from the press and his electorate. These are the comments of someone who believes he can do what he wants and is essentially untouchable. It is clear that Han now sees himself as "Teflon Han" – nothing will stick to him.

This arrogance is likely to come back to haunt him in the end. The question is will he get his come-uppance before he does any serious harm to Taiwan?

The Tsai administration is taking some steps to prevent the KMT from being able to make fundamental changes to Taiwan’s relations with China without the approval of both the Legislative Yuan and the Taiwanese people. This is a sensible precaution to take in light of the huge risks Han and the KMT pose to Taiwanese sovereignty.

The Mainland Affairs Council will also summon Han to explain himself after these unscheduled meetings. Whether he will face any serious repercussions from that meeting remains to be seen.

It could be that the very future of Taiwan will depend on the choice between Teflon Han and the Tsai or Lai DPP ticket in 2020. Given the Han-hype and the effectiveness of the bluster, rhetoric, and fake news which continues to swirl around him, it truly is a dangerous moment in Taiwan’s fragile democratic history. 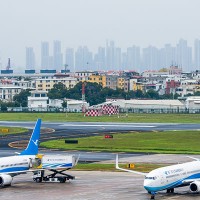 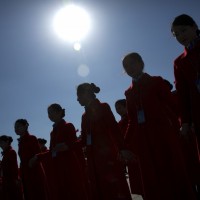 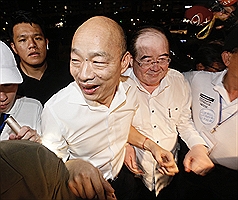 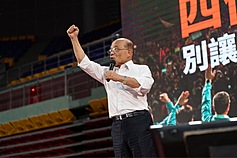 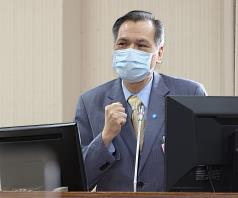