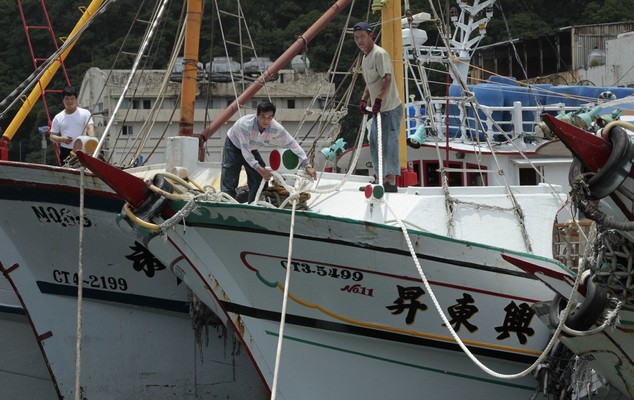 TAIPEI (Taiwan News) - Taiwan and Japan failed to reach a consensus about fishing in maritime zones, but another round of talks has been scheduled for next month, the Ministry of Foreign Affairs (MOFA) said Thursday.

The main issue at stake in the latest two-day meeting in Tokyo was the amendment of the existing maritime zone mentioned in a 2013 accord, the Central News Agency reported.

The agreement covered fishing in an area disputed by both countries, and differences emerged on whether or how much the zone mentioned by the agreement should be expanded.

Taiwanese and Japanese fishing boats can operate freely in a disputed area north of the Japanese islands of Yaeyama and Miyako, but the waters within 12 nautical miles of the Diaoyutai islands are not covered by the 2013 agreement. Japan controls that area, but Taiwan and China also lay claims to sovereignty over the islands.

The latest round of talks saw the second time a discussion about the fishing zone failed to reach a solution, according to CNA. The next round should take place by mid-April, before the new fishing season starts.