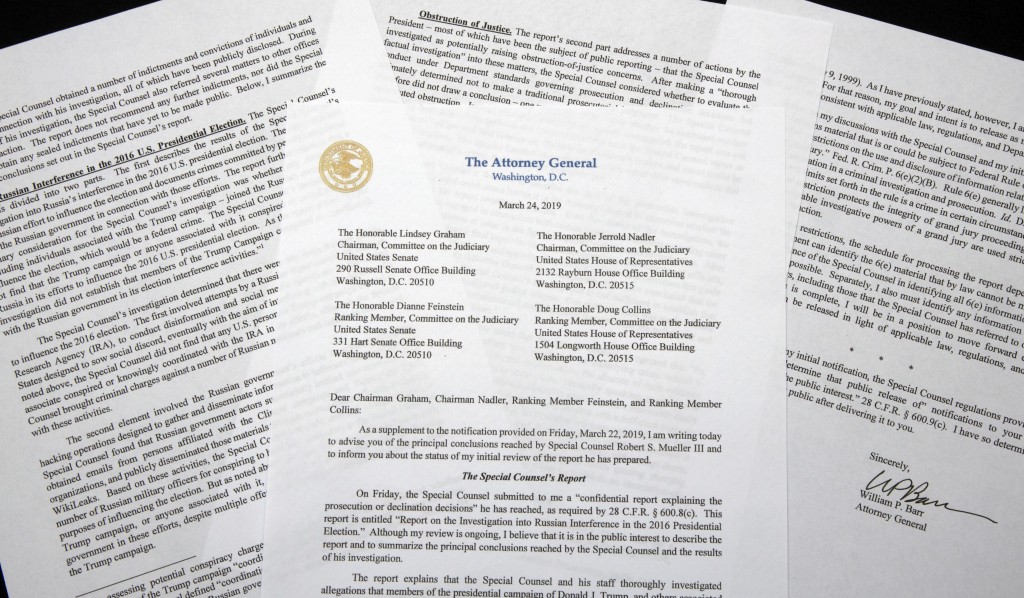 NEW YORK (AP) — Rachel Maddow isn't backing away from her coverage of President Donald Trump and any connection to Russia's involvement in trying to influence the 2016 presidential campaign. The question is how much her fans want to listen.

Maddow's audience has dipped on her two days back on the air since Attorney General William Barr reported that special counsel Robert Mueller had found no collusion between Trump and Russia's efforts. Her audience of 2.5 million on Monday was 19 percent below her average this year, and it went down further to 2.3 million on Tuesday, the Nielsen company said.

Meanwhile, her head-to-head competitor on Fox News Channel, Sean Hannity, saw his audience soar on Monday to 4 million viewers, a 32 percent increase from his average. It slipped to 3.57 million on Tuesday. One of Trump's most prominent media fans, Hannity was to interview the president on Wednesday's show.

Hannity and Maddow have run neck-and-neck atop the cable news ratings this year, with Maddow having the slight edge.

The phenomenon isn't unusual; political camps are more interested in watching news when it reflects well on their favorites, and vice versa. Maddow's ratings dropped sharply in the immediate aftermath of the 2016 election, as many fans of Hillary Clinton couldn't bring themselves to watch the news after Trump's victory, but eventually rebounded. Similarly, Hannity saw some ratings weakness late last year as bad news piled up for Trump.

Maddow has been the most visible television personality taking on Trump during Mueller's probe, her reports methodical and detailed. As a result, she's a target of Trump supporters seeking vindication. The New York Post compiled a mock "Mueller Madness" bracket of Trump critics with Maddow the top-seeded cable news figure, and the chart was retweeted Wednesday by White House Press Secretary Sarah Sanders.

Maddow devoted virtually all of Monday's show to what she's calling the "Barr Report," listing a series of questions she wanted to pose. About half of Tuesday's show was on the investigation.

She hasn't engaged her critics, but fellow MSNBC personality Joe Scarborough took them on in an angry monologue on Wednesday.

He wondered aloud what journalists were supposed to do for the past two years as stories piled up about Trump and associates misleading Americans about contacts to Russians. He said he wasn't just unhappy about political critics, but also some in the media who are "hand-wringing" about the amount of coverage.

Without saying his name, he appeared to address Hannity directly, criticizing people who had "sold their soul to a personality cult."

And he promised that MSNBC wouldn't abandon the story.

"We're not going to divert our eyes," he said. "Damn the torpedoes. Full steam ahead. Follow the story where it leads us."