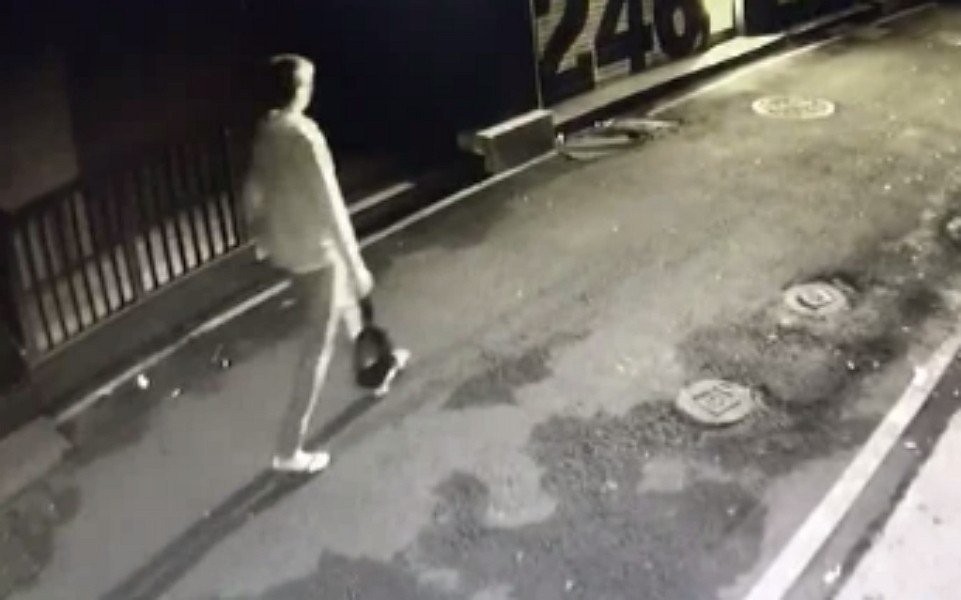 TAIPEI (Taiwan News) -- Authorities announced on Monday (March 25) that a newborn baby girl was likely still alive before being dumped into a kitchen waste trashcan by a Singaporean couple last month.

On February 26, police were notified that the dead body of a newborn girl had been found in a plastic bag in a kitchen waste bucket in New Taipei City's Xindian. After reviewing surveillance footage, police identified the two suspect parents as a 23-year-old male surnamed Wang (王) and a 24-year-old female, surnamed Kuo (郭), who had arrived in Taipei on Feb. 19, ostensibly for a "holiday."

On March 4, DNA samples of blood and hair found in the hotel bathroom where a Singaporean couple had been staying, were found to match the DNA of a newborn baby girl discovered in a food waste container found in New Taipei City last week. Police believe that the baby was born at full term with the umbilical cord and placenta still intact, and appeared to have been disposed of shortly after birth. According to a report by Liberty Times, the Institute of Forensic Medicine placed the lungs, kidneys, and other internal organs of the female infant into a plastic water basin for observation and comparison. Investigators found that the baby's lungs floated when placed in the water basin, indicating that the infant was likely breathing independently at the moment of birth.

After reviewing surveillance footage, police spotted Wang with bright, bleached blonde hair wearing a black coat and carrying a black plastic bag, which he discarded into a kitchen waste container at around 4:00 a.m. on Feb. 26. Although the couple is currently out of reach of Taiwanese law enforcement, Article 3 of Singapore's Penal Code states, "Any person liable by law to be tried for an offense committed beyond the limits of Singapore, shall be dealt with according to the provisions of this Code for any act committed beyond Singapore, in the same manner as if such act had been committed within Singapore." Moreover, Singapore's laws are even more stringent than Taiwan, if the two suspects are found to have deliberately abandoned a living baby and allowed it to die, they may be found guilty of murder and could face the death penalty.